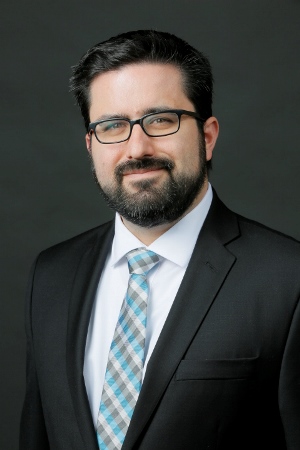 Sixteen months after the abrupt exit of its last MBA admissions director, the University of Pennsylvania’s Wharton School has hired a replacement.

Frank DeVecchis comes to the admissions office after nearly two years as director of MBA academic operations and more than five years in a variety of positions at Wharton including director of global immersion programs.

As director of MBA academic operations, DeVecchis was responsible for the operations and daily management of the MBA program including course registration, an area in which he oversaw the successful implementation of ‘Course Match’. This employs complex algorithms to optimize course selections based on student preferences and course availability. It replaced an older bidding system, known as ‘Auction’, designed to manage demand for the most popular courses – which, unlike Course Match, was easily gamed.

In an email to students, faculty, and staff, Deputy Vice Dean Maryellen Reilly Lamb said DeVecchis also worked closely with students as the senior member of the MBA academic advising team, serving as academic advisor to more than 800 students, and played an integral role in the planning and execution of ‘Pre-Term’, the MBA program’s three-week orientation for incoming students.

In his new role, Lamb wrote, DeVecchis will work closely with her to oversee the entire admissions process, from recruitment, evaluation and admissions through matriculation. He will also manage the development of strategic recruiting plans for a global audience, assessment of applications, selection of candidates, and management of the MBA admissions team.

“Frank will continue to uphold and expand Wharton’s tradition of admitting the highest caliber of students – ones who are talented, intellectually curious, and come from a diverse set of backgrounds, experiences, and skillsets,” Lamb wrote.

DeVecchis, who joins the admissions team in the middle of the application cycle, says he has no immediate plans to make any changes to admissions procedures currently in place. Final decisions on second-round candidates will be made by March 24; the deadline for third-round applications is March 26.

"Deputy Vice Dean Maryellen Lamb and the Wharton MBA admissions team have a rigorous process in place and are performing at a very high level,” he said. “While I am particularly impressed by their ability and willingness to innovate in response to market demands, I do not foresee making changes to the process at this time."

DeVecchis replaces Ankur Kumar, who left Wharton in October 2013. Kumar, who joined the admissions staff in 2009 and became director in 2011, left amid claims that Wharton had lost some of its luster. Kumar’s exit came five days after a Wall Street Journal story noting a sharp drop in applications in recent years, but Kumar at the time said that was “absolutely not” the reason for her departure.

Since Kumar’s departure her responsibilities have been taken over by Lamb, who was in charge of career management at the time. The decline in Wharton’s MBA applications has since stopped, with applications increasing 1.2% to 6,111 for the class of 2016.

Read more on MBA admissions in our blog!

This article was originally published in February 2015 . It was last updated in July 2019