For those conducting business in Russia, or who wish to do so, an MBA in Russia could represent the clearest path to understanding and gaining a foothold on the country’s unique set of business complexities and realities.

Studying in Russia could also offer valuable insights and links to Russia’s fellow members of the Eurasian Economic Union - Kazakhstan, Belarus and Armenia – a collaborative body with the potential to increase its regional influence and one that is considered in some quarters as an intended rival to the EU.

The need for a greater understanding of business in Russia 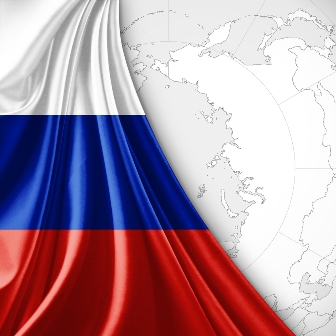 Acquiring a better understanding of the landscape and cultural practices associated with business in Russia may be even more pertinent for those coming from a background outside of the region.

In the US, for example, availability and interest in Russian studies as a whole has declined at its leading universities since the breakup of the Soviet Union in the early 1990s, let alone the study of business in Russia.

Georgetown University’s Angela Stent wrote in the Washington Post in 2014 that “the ranks of people working on Russia, in government and academia, have thinned,” and believes that this could have negative consequences for the emerging generation’s ability to understand both the challenges and opportunities that Russia can offer.

But what exactly are the opportunities for students interested in pursuing an MBA in Russia?

Options to take an MBA in Russia increase with employer recognition

As management education becomes increasingly global in both its reach and outlook, employers in the Russia have become more and more receptive to the benefits of hiring those with an MBA education under their belts. As such, a number of accredited business schools can now be found in Russia. None of these are yet to be found listed in the QS Global 200 Business Schools Report 2014/15, but this is surely only a matter of time.

Kingston University – whose full-time MBA program features in the UK’s top 20 and Europe’s top 50 of QS’s regional rankings for 2014/15 – also runs an AMBA-accredited MBA in Russia, at the Moscow School of Social and Economic Sciences.

There is also an executive MBA program offered as a double degree between St Petersburg State University Graduate School of Management and HEC Paris – the French school that is home to one of this year’s top-five full-time MBA programs available in Europe.

Research into the intentions of prospective MBA students continues to demonstrate that choice of study destination is closely tied to a desire to work in the country after graduation.

Fortunately – for those considering an MBA in Russia - the single highest growth in demand for MBA graduates in the world last year was seen in Russia. The number of reported MBA jobs in Russia increased by 19% in the QS Jobs & Salary Trends Report 2014/15, putting it ahead of the 17% growth reported for China and the 12% reported for both the UAE and Saudi Arabia.

However, to put this in its correct context, we must note that Russia’s market for MBA jobs is still growing from a relatively small base and is yet to trouble the top 10 countries for the volume of its opportunities available to MBA graduates.

Salaries on offer to MBA graduates

Even so, the growth in demand in Russia is a positive sign and one that has been fuelled by a boom to both its financial services and energy sectors. A number of multinationals, such as consulting firm, PwC, have also been taking on more MBA graduates to work within Russia.

Employers in Russia were also able to offer the highest MBA salaries in Eastern Europe in 2014, at an average (of US$73,300) that is virtually identical to that on offer to MBA graduates in Italy (US$72,200), among those who supplied data to the latest QS MBA Jobs & Salary Trends Report.

However, it remains to be seen as to whether the strained diplomatic relations between Russia and the both the US and EU that have reemerged since Crimea’s annexation from Ukraine in 2014 will impact upon the landscape and international outlook for business in Russia, as well as its potential to keep the country’s growth of MBA jobs on such an upward curve in the near future.

Financing an MBA in Russia

As a relative newcomer to the MBA education market, Russian institutions are still developing an international reputation, and this will be reflected in the prices charged for their MBA programs, which should be far lower than those found among the world’s most prestigious business schools.

Having said that, funding will still be a point of consideration for many and it is worth investigating as to whether a government-run quota system on state scholarships for international students might be applicable. In addition, individual universities and business schools in Russia will often have their own fellowships and scholarships available to assist prospective students with funding, and to attract talented students to its doors – no matter what their backgrounds and financial circumstances might be.

In this instance, if you have your sights set on taking an MBA in Russia, it’s worth visiting the websites of your target schools to see what’s on offer as part of your pre-application MBA program research.

You could also head to an admissions event, such as the QS World MBA Tour, when it comes to a city convenient to you and discuss any practicalities that are particular to your circumstances directly with school representatives in attendance.

Students attending a university to undertake an MBA in Russia, or even a shorter related business course require a visa to enter the country.

To obtain a visa, you will need to provide an original letter of invitation issued by a Russian Federal Migration Service agency or a telex (similar to fax) from the Russian Ministry of Foreign Affairs.

Additional requirements, depending on your country of origin and nationality, can include an introductory letter from your school or university and an HIV Test (AIDS) Certificate taken within the last three months prior to your application. For more information, it is best to refer to the Russian Embassy in your country of residence and to the institution at which you intend to study – as it is quite possible that a university or school will submit an application on your behalf once an individual has been granted a place.