The Table: MBA Jobs in Finance vs. Tech | TopMBA.com

The Table: MBA Jobs in Finance vs. Tech

What do US employment reports tell us about MBA jobs and interest in the finance and tech sectors?

Much has been written about the growing disillusionment among MBAs with Wall Street and finance more generally, as well as their bubbling infatuation with all things tech.  So when Harvard Business School and Stanford Graduate School of Business both reported what appeared to be a reversal of that trend, the question on everyone’s lips was whether it had finally run its course.

The answer is a resounding no.  At Wharton, Tuck and at least five other top US business schools that have released Class of 2014 employment reports so far, tech hiring in MBA jobs was up this year while the great finance exodus continues.

At the University of Texas, Austin, 28% of the McCombs class took MBA jobs in tech, up from 18% in 2013; at Emory’s Goizueta Business School tech hiring barely budged, but only 16% took MBA jobs in finance, down from 28% the year before.

Amazon, Apple, eBay and Google are among the tech companies recruiting graduates into MBA jobs this year, proving that MBAs’ love affair with tech is a mutual one, and—for the foreseeable future at least—far from over. 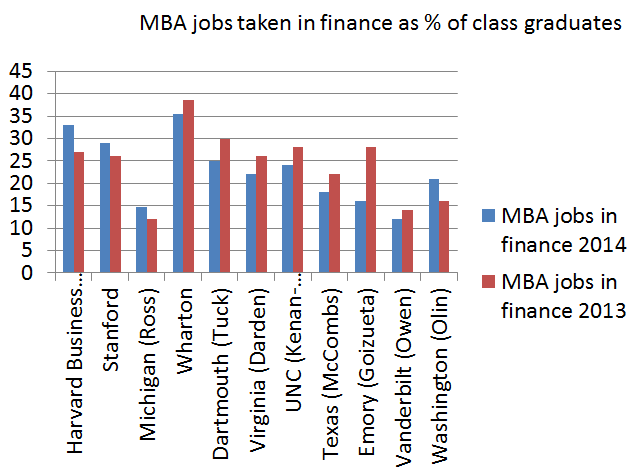 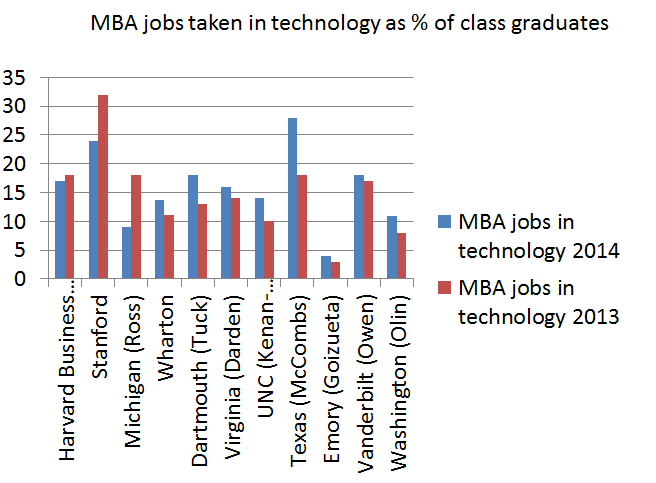 This article was originally published in November 2014 .