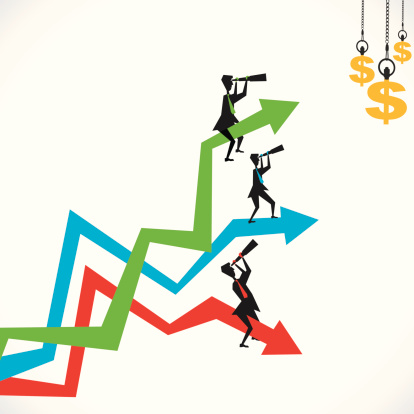 Leading business and economy academics who continue to support financial speculation have drawn criticism for their financial affiliations with Wall Street.

Professor Craig Pirrong is the director of the Global Energy Management Institute, a center within the Bauer College of Business at the University of Houston, where he also teaches finance. On his blog he denies suggestions that the funding he gets from the Chicago Mercantile Exchange and banks such as Citibank and Bank of America, which profit from financial speculation, is in any way a conflict of interests. He told the New York Times that his consulting work gives him insight into real-life case studies which helps improve his research and teaching. He goes on to say that his “compensation doesn’t depend on [his] conclusions.”

Also defending the speculation (of agricultural markets) is Professor Scott Irwin who teaches commodity price analysis and futures market research at the University of Illinois, Urbana-Champaign. He also acts as a consultant for investment banks, commodities speculators and a company involved in hedge funds. It is for this reason then that some academics and critics have questioned the donations, adding up to more than one million dollars, that the university’s business school (the College of Business at Illinois) has received from the Chicago Mercantile Exchange along with several other key traders in the commodities market. The money has been used to pay for scholarships, classes and a laboratory which resembles a commodities market trading floor.

The question of whether financial speculation within the commodities market is to blame for the price rises of oil, food and other societal commodities is a long contested one. After the commodities market was deregulated in 2000, financial companies have been involved in much speculative investment. Speculation can help stabilize the market with capital by spreading risk and offering price insurance for buyers and sellers. Recently, however, concerns have been voiced by a number of academics and consumer advocate groups which suggest that with the acceleration of financial speculation in 2003, the market is at risk of faltering.

The funding coming from Wall Street is perceived in some quarters as being part of an effort to halt regulation. Millions of dollars have been spent on lobbying the promotion of speculation within Congress and among government regulators. Media outlets have also been funded to endorse academics with aligning views.

Gerald Epstein is an economics professor at University of Massachusetts, Amherst, and has written about the conflicts of interests among academics who advised the federal government in the aftermath of the financial crisis. Epstein told the New York Times, “If those that are creating the culture around financial regulation also have a significant, if hidden, conflict of interest, our public is not likely to be well served.”

Professors Irwin and Pirrong however deny that they, and many other academics, are influenced by funding and in some cases have gone against the industry’s interests. The argument that there may be no link between financial speculation and soaring prices has also been made by researchers with no financial ties to the industry.

Discover the top schools in finance according to MBA employers >