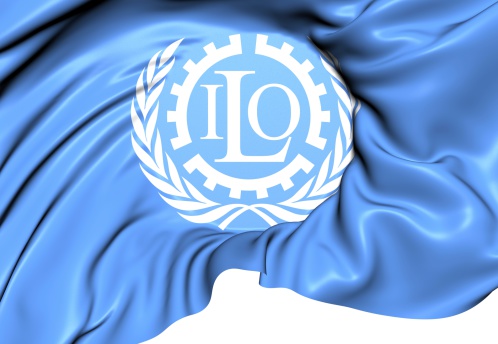 The International Labour Organization (ILO) called for employment-friendly policies to boost job creation and generate growth after revealing that the global economy grew by its slowest rate since 2009 in its newly published report, Global Employment Trends 2014.

The ILO report, which assesses and analyses 2013’s international employment trends, as well as providing guidance for the year ahead, highlights a series of disheartening figures as evidence of the issues currently facing the global economy, in spite of its recent signs of recovery.

These include a youth (ages 18-24 inclusive) unemployment rate of 13% that is more than double the overall global average of 6%, causing the ILO to voice major concerns over the way in which young people are integrated into formal employment.

One positive note provided by the ILO’s 2014 Global Employment Trends was an increased display of economic activity among the region known as the ‘European Union and the Developed Economies’ in 2013.

However, that this has not yet enabled progress to be made regarding job creation and growth is a key concern for the ILO as they called for policy-makers to take notice.

“What is urgently needed is a policy re-think. Stronger efforts are needed to accelerate employment creation and to support enterprises that create jobs,” said the ILO’s director-general, Guy Ryder.

Part of the problem is the continuance of austerity measures among many EU governments that has seen businesses hit by cuts to public spending and hikes in taxes – with the ILO estimating that it’ll be 2018 before the unemployment rate in these areas can drop back below 8%.

Trend for emerging economies is one of decelerated growth

Outside of the EU and developed economies region the general trend was one of decelerated growth, although some regions improved on their performance in 2012.

Emerging economies in East Asia witnessed economic growth of 6.7%, which compares very favorably to the global figure of 2.9% and is a slight increase on 2012, though it still indicates another year of slowed-down growth. China’s economic activity rose by 7.6% in 2013, one the country’s lowest figures in in the past decade, albeit one which represents a stabilization.

In South Asia, the reverberation from the crisis afflicting the global economy since 2009, combined with domestic concerns, continues to constrain economic growth – although the region’s figure of 3.9% is an improvement on 2012.

Latin America and the Caribbean meanwhile saw uncertainty over external conditions linked to investment decelerate growth to 2.7% in 2013, with emerging economies in South America often affected by events in the eurozone and those in Central America more tied to the US economy.

While Sub-Saharan Africa enjoyed another year of solid growth, albeit with 4.8% representing a slight decrease on 2012, the Middle East and North Africa were affected by social unrest in the region causing 2012’s growth figure of 5.8% to plummet to 2.2%.

Lastly, in the non-EU region of Central and South-Eastern Europe, as well as the Commonwealth of Independent States (CIS) that includes the Russian Federation, growth also decelerated. However, the recent upturn in economic activity in the EU should help the region to prosper and reverse this trend in 2014, with strong signs of recovery in Turkey already apparent, for example.

On the whole, the ILO projects that on current employment trends, the global economy has the capability to create 40 million new jobs each year until 2018, but that this will not be enough to meet the number of people entering the global workforce each year.