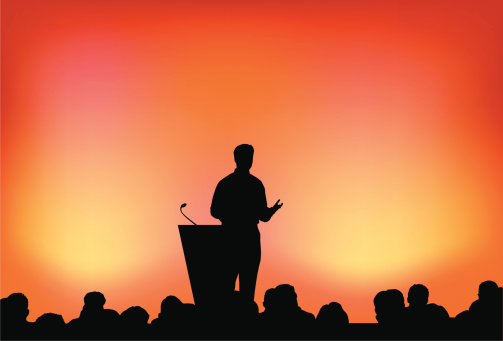 The NSHMBA (National Society of Hispanic MBAs), established in 1988, rounded off its annual Hispanic MBA conference on Saturday October 12.

The Non-profit organization, which seeks to support Hispanic leaders, held the three-day event in San Antonio. It is estimated that more than 5,000 attendees sought to take advantage of the career networking opportunities on offer.

The event attracted roughly 250 companies, NGOs and institutions to its doors, some of whom were interviewing at the event.  “We have a huge need for bilingual candidates and candidates in general,” said Brandi Martin, a spokeswoman for Nationwide Insurance.

Keynote speaker at the NSHMBA conference was Michael Dell, founder and CEO of the computer manufacturing giant, Dell Inc.

Michael Dell spoke of the need to take chances in order to generate success. “While Dell might look like instantaneous success, for the first five to ten years most people completely ignored what we were doing. An entrepreneur has to be willing to take some risks and be willing to ignore conventional thoughts”, he said, before adding that one should also be prepared to encounter resistance to new ideas.

Michael Dell himself took the decision this year to try and make the company he founded in 1984 private by bringing about a buyout. Last month, the buyout was approved by a majority of its shareholders.

Also speaking at the Hispanic MBA conference was Mariela Dabbah, a best-selling Argentinian-American author, who aims to inspire Hispanic Americans to achieve success in the business world through education, career development, and female empowerment. She is the founder of The Red Shoe Movement: Women Supporting Women for Career Success.

The NSHMBA has approximately 25,000 members in the US and Puerto Rico. These are spread over 39 regional chapters, of which San Antonio is one of the most heavily subscribed. Its Hispanic MBA conference is said to be the largest of its kind in the US.

“We are happy to welcome Fortune 500 companies and professionals for the purpose of building and fortifying connections within the Hispanic community and beyond”, said NSHMBA's San Antonio chapter president, Miguel Aguilar, in a press release issued ahead of the event.