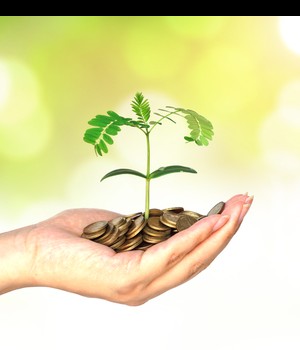 The USC Marshall School of Business has received US$15 million, in a high-profile example of alumni fundraising.

The donation comes from a current trustee of the school and founder of Colony Capital LLC, one of the world’s largest private equity firms, Thomas J Barrack Jr.

“Thomas Barrack is a stellar leader in our university's community, as well as a renowned leader in the sphere of international finance…[and this]… exceptionally generous donation will bolster our Marshall School of Business and its faculty and students, and revitalize one of the school's key facilities for generations to come,” explains C.L. Max Nikias, current USC president.

The donation, which takes USC Marshall a step closer to achieving its US$400 million fundraising target, will be put towards new offices, classrooms, research centers and new technology supporting distance learning and global communication at USC’s Bridge Hall, which will be renamed Barrack Hall.

The school’s dean, James G. Ellis, believes that the Colony Capital founder’s “transformative gift… [will]…strengthen USC Marshall's position as a leader in international business education and research... Barrack Hall will provide them with a state-of-the-art global headquarters for ongoing collaboration.”

USC Marshall is currently rated as an emerging global institution, according to the QS Global 200 Business School Report, with a strong emphasis on entrepreneurship and social responsibility.

Alumni giving on the up on both sides of the Atlantic

USC Marshall School of Business’ US$400 target is just one of many business school fundraising campaigns currently underway with the high profile gift from the Colony Capital founder one of a few examples of high profile donations. Harvard Business School’s fundraising campaign, which launched in September 2013, aims to raise the staggering total of US$6.5 billion, of which US$600 million has already been accrued though alumni donations and other sources. US$1 billion of this total will go towards providing more fellowship funding and ease the cost and burden of debt felt by students. Columbia Business School and Northwestern University’s Kellogg School of Management have also launched high-profile initiatives to raise funds.

The culture of alumni donation remains extremely strong in the US, not only with the founder of Colony Capital. In 2013, for example, Michigan Ross received US$200 million from Stephen Ross (whose previous donations saw the school take his name.)

High profile examples also seem to be becoming more common across the Atlantic. London Business School recently launched a £100 million (around US$168 million) campaign, against which the school can count a UK record for alumni giving of £25 million (around US$42 million) from Israeli billionaire Idan Ofer, which will be used to redevelop Old Marylebone Town Hal into teaching space.

This article was originally published in June 2014 . It was last updated in August 2014