MBA candidates from BRIC economies are demonstrating a great confidence in the salary benefits of the MBA program, according to an influential QS report.

On face value there seems good reason for this. Encompassing over 25% of the world’s landmass and 40% of its population with a combined GDP of US$18.5tn, these four nations alone are predicted to become the world’s leading economies by 2050.

The QS TopMBA.com Applicant Survey 2011 shows that Indians, in particular, expect a 245% salary uplift – the comparison between current earnings and expected MBA salary three months after graduating from an MBA program. This compares with recessionary developed economies; Japanese candidates who expect a mere 83% salary uplift, US (106%) and even usually buoyant German MBA candidates (126%).

But are these expectations realistic or are students from emerging nations going to be disappointed if they expect to more than triple their salaries with an MBA degree?

Jenni Denniston, manager of MBA admissions and recruitment at the Richard Ivey School of Business, points out: “Regardless of where a person is from, MBA candidates need to realize that the degree isn’t their ticket to a high paying role. A transferrable skill set, hard work in school and recruiting, and demonstrated ability to succeed in the desired role are what count.”

Clearly, with an increasing proportion of GMAT applications coming from these four countries, there is a great will to succeed in business. With international recruiters pouring massive investment into emerging countries, and local business flourishing, recruiters in BRIC nations have begun to pay careful attention to MBA graduates, realizing the benefits of having a well-trained and experienced set of managers for their businesses. 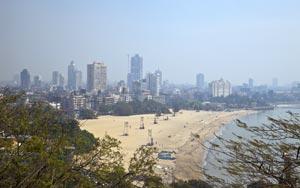 Value of an MBA to businesses

The push factors here include the decision, principally by the governments of the US and UK, to make it complicated for overseas MBAs to remain in the country after graduating, forcing a brain-drain back to their home countries.

Dr Barbara Allan, deputy director of Hull University Business School in the UK, agrees that there is a problem: “There is a preference and desire amongst the majority [of overseas MBAs] to stay in the host MBA nation for economic reasons but there are significant visa restriction issues making this much more difficult in the UK.”

Denniston at Richard Ivey, agrees: “Things are different for Canadian schools because we see many international students looking to immigrate to Canada, so the majority do stay here post-MBA. But their long-term plan is often to return to their home country after getting international experience and citizenship and [Canadian] policies are much different than the US and UK on this.”

Naturally this will have an impact on surveys such as the QS TopMBA.com Applicant Survey as, if low-paid candidates from emerging nations stay on in highly paid roles in the developed world, the results will naturally be skewed that way.

Part of the uplift can be explained by competition.

Mary Granger is associate director of admissions and career services at ESADE Business School in Barcelona, Spain, and an expert on MBA recruitment in the Asia region. She says: “In the past, this need for qualified talent might have been met by expats [in BRIC economies] because locals didn’t have the experience and global perspective. However, having the local knowledge combined with the global MBA makes them even more competitive and valuable than the expats, hence they can command the higher salaries.” 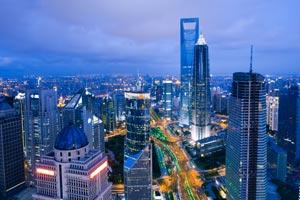 For Nick Barniville, director of MBA programs at ESMT Business School in Berlin, the BRIC candidates’ salary expectations are often realistic, but remain dependant on the MBA alumni remaining in Germany, the nation that still has the highest MBA salaries, according to the QS survey.

He explains: “A salary uplift of 180% is probably quite realistic if the candidate is bringing skills that are required by MBA hirers in Germany, such as strong consulting skills, together with at least a willingness and proven aptitude to work across cultures.”

For Barniville, it is even possible to distinguish between the BRIC nations as Chinese and Russian MBAs face a different set of issues and may benefit even more, in salary terms, by returning home. “For Russia and China, I believe salaries are quite competitive post-MBA but the process of getting in to companies seems to be predominantly network driven. Those who have an excellent local network are likely to benefit most from their MBA if they take it back home.”

Perhaps the expectations are not entirely unrealistic, as supported by further QS research, the QS TopMBA.com Jobs and Salary Trends Report 2010/11. According to this report, opportunities for MBA job seekers during the period of the survey increased by 24%, in stark contrast to 2009, when job opportunities declined by 5% globally. Some of the largest increases in MBA job opportunities were seen in the BRIC countries, with Indian job openings increasing by 43%, China 19%, Russia 22% and Brazil by 25%.

For Granger, salary increases are an economic equation due to the huge competition for talented business leaders in emerging nations: “Since the price of the MBA is still very high, given their pre-MBA salaries, the number of BRIC-nationality MBAs can’t keep up with the demand. [Therefore] companies are competing for top talent, and the way to compete is with high salaries.”

With the predicted shift in global economies, and the current stagnation of the economies of the west, it is possible to see the world of MBA education shifting too. Although it is not happening yet in significant numbers, perhaps the next decade may see more western MBAs flocking to the markets of the east for their courses, education and careers.

This article was originally published in November 2012 . It was last updated in September 2014