The introduction of online post-graduate study over the past decade or so has been controversial to say the least, and perhaps none-more-so than in the online MBA sector. With academics and employers alike seemingly un-decided as a group on the merits of an online MBA qualification, TopMBA.com's Caroline Parry takes a closer look into the ever-evolving world on the online MBA.

Choosing to embark on an MBA is not always a straight-forward decision. For people with established careers and families, the possibility of relocating and not earning for up to two years combined with the high cost of studying can be prohibitive.

Thanks to the Internet however, this could be set to change. While MBA study has been growing, with more schools adding programs over the past decade, the validity of online study is expected to receive a significant boost with the launch of the first online MBA from a ‘top-tier’ business school.

[email protected], an online MBA offered by the University of North Carolina’s Kenan-Flagler Business School, launched with its first cohort on July 4th 2011. It selected 19 students, all subject to the same admissions criteria as candidates for its on-campus programs, and will study to gain the same degree.

Susan Cates, executive director of the [email protected] online MBA program from Kenan-Flagler, says the first year will be a learning process for the school and she describes the students as both “pioneers and our partners.”

She adds: “We kept this first class small as we focused on quality and our determination to provide an exceptional educational experience as we learn the intricacies of high-quality online education.”

There are some differences between the online and on-campus UNC MBAs. For example, the ‘live’ student-professor interaction occurs in a smaller setting than in a typical MBA class and there is less face time.

Cates says, for this reason, the online MBA at Kenan-Flagler is designed for working professionals looking to enhance their prospects rather than those looking to switch into new careers.

Crucially for the validity of the program, there are also many similarities between the two, which include using the same curriculum. The programs are also designed and taught by the same professors and the total contact hours for completing the online course will be 471, as per the residential course.

However, for those sceptical about online MBA programs, which includes many recruiters, the real issue lies in how much online students will miss out by not being on-campus.

After all, the alumni network, contact making and support from fellow students could prove difficult to replicate in an online MBA environment, and are often cited as being amongst the most valuable parts of studying for an MBA.

Judy Grundy, London recruitment manager at Boston Consulting Group, says: “I can see ways of doing it but I would be interested to see how business schools go about replicating key areas such as interactive study groups and networking opportunities.”

But Cates is adamant that it can happen. She explains: “Students begin to build their professional network of peers from day one through intimate online class discussions, break-out sessions and case study exercises. Outside of class, discussion and ideas are exchanged utilizing wall posts, online team study groups and even online clubs.”

While UNC, placed 20th in the QS Global 200 Top Business Schools Report for North America, is the first top 100 school to make a foray into internet study, the past ten years has seen numerous schools launch programs.

The University of Phoenix’s School of Business has offered an online MBA for around seven years. Rick Castellano, director of public relations at the school, says it launched its online MBA because it understands that students have many demands on their time.

“The National Center for Education Statistics reports that working learners or non-traditional students make up more than 70% of today’s national student body,” he explains. 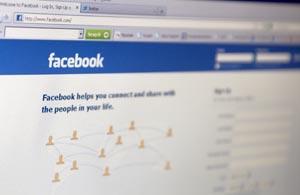 The London School of Business and Finance (LSBF) has taken the idea of online learning even further with the launch of its Facebook MBA last autumn, which has already garnered 90,000 fans. It is open to anyone interested in the core skills taught during an MBA and offers free access to up to 80 hours of lectures and video resources from high profile recruiters, including Deloitte and Accenture. Only students that wish to process into accredited study, which is currently validated by the University of Wales, pay a fee.

Vitaly Klopot, managing director of interactive learning at LSBF, says the school believes that MBA study is about sharing knowledge with a broad network and Facebook, as the largest social network, is the obvious place to do that.

“Using Facebook allows MBA students to cross both physical and social boundaries,” Klopot says. “It gives people access to good quality education which can be accessed at their convenience, so whether they want to learn around current work or family commitments, they can – at their own pace.”

Online MBA learning, like the numerous methods of flexible study such as distance and part time before it, has the potential to make MBA study accessible to more potential students than ever before. However, some recruiters still sound a note of caution.

Zoe McLoughlin, international recruitment manager at Boston Consulting Group, says that presently it would not view an online MBA graduate in the same way as their on-campus counterpart, although she admits it would be short sighted to say this will never change.

“If a school such as Harvard, INSEAD or London Business School decided to do one, we would consider it differently,” she says.
Klopot believes that the future of MBA study lies, at least partly, in the online MBA.

“There are real barriers for people to take the time to do an MBA, whether its cost, location, family or work commitments. Learning online or blended learning enables students to learn how and where and when they can, around their commitments.”

As well as online MBA courses, those wishing to study remotely may also be interested in distance learning MBA programs.

To find out more, and read about the differences between MBA modes of study, visit TopMBA.com's page on MBA program types >