Experiential learning is one of the most effective teaching methods at business school. The benefit of putting your knowledge into motion within the security of your institution is unprecedented – and Villanova School of Business in Pennsylvania has taken this to the next level by launching the US’s first ever undergraduate, student-run, commercial real estate fund, worth US$650,000.

The Daniel M. DiLella and Thomas M. Mulroy (DAN-TOM) Real Estate Student Managed Fund was launched at Villanova Business School in the fall of 2018, and the first fund of its kind is attracting attention for all the right reasons. 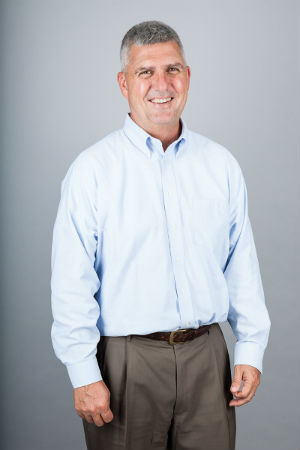 Dr. Shawn Howton, Director of The Daniel M. DiLella Center for Real Estate said: “We try to do as much experiential learning as we can. That’s something we believe in at Villanova.”

The idea of having students make proactive financial decisions was in the works for some time, but understandably if students were going to take control of a fund, a lot had to be arranged – namely getting the green light from Villanova’s legal team.

Once discussions had been ongoing for a while, Daniel M. DiLella (the man behind the real estate center) and Thomas M. Mulroy were willing to provide a big chunk of money and give it as a donation. That’s when the fund could really start moving.

Howton said: “We feel like it’s the best culmination of an experience you can have to be the lead on this.

“It’s a great way for students to see what a real estate deal looks like from start to finish. And it’s proved to be exactly that. The students that have been involved in it get great jobs and really hit the ground running.”

Within an investment fund there are obvious structures that need to be in place – and it’s the same at Villanova with fund managers, analysts and interns making up the teams.

“Last year everyone worked on deals together and this year they’re doing it in teams. Each manager has a set of analysts and they try to find their own deals.”

Although the fund is an immersive learning experience, it is an extracurricular program that can complement students’ real estate studies at Villanova.

Howton loves running the center and says Villanova’s real estate professors purposefully keep out of the fund. Instead, the fund is overseen by a business fellow, an experienced investor in charge of the fund, an external investment committee joined by the university’s CIO.

Howton said: “In about seven years of our program, we’ve placed everyone who wanted a job in real estate in the industry. So, we’ve been lucky. Sometimes it takes a little while, but the students involved in the fund got really good jobs and most of them right away.”

The fund’s first two properties are in warehouse developments – one outside Memphis in northern Mississippi, and the other in South Carolina on one of the newly-created inland ports. Howton said: “The first one is almost gone. The good thing about both developments is if they go as planned, they will turn around and we will get our investment back relatively quickly. But the students have to keep track of how the deals are doing – so the job gets bigger all the time.”

Smart business also comes into play when deciding on a real estate venture, with Howton noting the two initial properties looked good, especially for their markets. This wasn’t the case with every property considered by the students:

“We looked at three different multi-family deals and none of them made it. The students were going to pitch one of them and killed it right at the very end.

“They were doing their due diligence and found a pretty big error in the actual proposal that made them change their minds, so they didn’t even take it to the investment committee,” said Howton.

Students always travel to check out the deal. For example, students have visited Memphis, San Antonio and South Carolina as part of their work with the fund. Howton added: “They don’t do deals without somebody going ‘kicking the bricks’ as our students like to say.”

Howton said the fund is strictly domestic, and although students can choose any product type they want, it doesn’t mean there aren’t challenges. Howton said: “It’s hard sourcing deals because $50,000 is our maximum investment, so we’re not a big investor. It pretty much has to be friends of our real estate center.”

Business Fellow Vincent Sanfilippo assists and advises students with their investment strategies, sharing his private equity industry experience, helping with structures and teaching them the process.

And although the fund is in fact student run, protocol still needs to be followed. Students must explain why someone deserves a place on the team and go through the rigmarole all hiring committees go through from resume to interview.

Howton said: “It’s all supervised by us and our investment committee. We don’t just let them run around. They get to decide who the leaders are, but it’s vetted.”

The fund is funded completely by external investors, and although it’s currently valued at US$650,000, Howton admits they’re trying to get to a million. He said: “I think once we have a couple of cycles showing what the students are doing and the results, other donors will get on-board.

“We’ve already spent $100,000, and we want to make sure we have enough to cycle continuously. When the money comes back, any upside the center gets to keep, so once it starts going well it’ll help support the fund.”

Howton is in awe of how quickly the fund came together, giving a lot of credit to the university’s leadership, dean, and president for allowing it. He said: “It’s a good part of being in a smaller, private school. I think a state school or a big school would have a hard time doing this because they would have to go through a lot more bureaucracy so it’s been a huge team effort.”

This article was originally published in January 2020 . It was last updated in February 2021