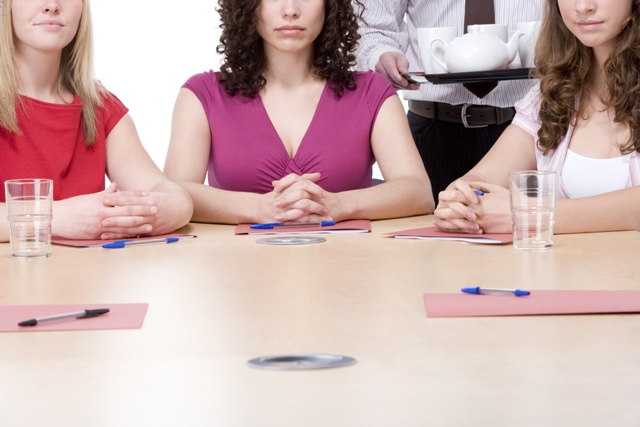 It is a sad fact that, even in the second decade of the 21st century, women are still underrepresented at business schools and in the boardroom. Catalyst.org figures indicate that a mere 4.2% of CEOs of Fortune 1000 companies are female. The fact that this meager figure is the highest it has ever been indicates the extent of challenges which still face women in business today.

Compounding this issue is the continued existence of the gender pay gap, which according to Bloomberg Businessweek research, has actually grown worse over the past decade in the United States. While female business school graduates took home 98% of what males did in 2002, the figure in 2012 stood at 93.2%.

So, which business schools are training the female business leaders of the future? Using data provided by the institutions themselves, TopMBA.com has compiled a list of the schools represented in the 2012/13 QS Global 200 Business Schools Report with the highest proportion of women in their MBA cohort.

3
Naveen Jindal School of Management, the University of Texas at Dallas

It’s always hard to identify one variable, but one thing we know about women is that they tend to value security and stability. I think the fact that our entire program cost is $28,000, with our scholarship recipients paying less than $10,000, gives them that security. Knowing that they won’t be burdened with large debt also gives them the flexibility post graduation to pursue whatever opportunities they find – whether it be a start-up, non-profit or high-paying corporate job.

We have, over the last few years, hired a number of women that come from very successful corporate backgrounds. Having guidance from former executives is a great motivator and reminder that with the right skills and work ethic, those opportunities are there for them as well

It is each woman’s responsibility to represent themselves as professional, analytical, driven individuals. We spend a lot of time helping all of our students to be confident with this image of themselves, and they therefore appear that way to others – breaking down stereotypes one person at a time.

4
The Suliman S. Olayan School of Business, The American University of Beirut

We have made great efforts to attract talented women onto our executive education programs, as well as to appoint women to leadership positions within the school. Our efforts are illustrated by our recent decision to incorporate nine women onto the board of DBS to supplement the hitherto sole female representative.

We are committed to breaking the glass ceiling in business schools where, historically and at an international level, only 30% of participants have been women. We have introduced the PersonA scholarships, which are aimed at encouraging women managers to participate on our executive development programs and, in this way, reinforce the presence of women at the top levels of management which, up until now, have been dominated by men.

Consequently, despite the fact that women account for 50% of the talent in society, we would maintain that the increased interest in the programs offered by Deusto Business School is no coincidence but a result of on-going efforts to promote talented women.

The high proportion of females on our International MBA is not the result of chance. In the last two or three years we have made a real effort to promote this program to a female audience. For example, we run scholarships competitions specifically for women, the winners of which receive 50% of their tuition fees.

Women are typically underrepresented in businesses, and in Italy this situation is even more worrying. But our business school is also a point of reference for central and eastern European countries, and in this region the split between male and female management is less pronounced. We annually welcome many young women from countries like Croatia, Romania, Kazakhstan, Russia and Serbia.

In the classroom and in our clubs here at USF, we see firsthand how a strong female presence significantly enhances the dynamic dialogue on the case material, critical thinking material, and participatory group leadership.  They are typically more focused on the long-term view/benefit and bring to the table a wider set of viewpoints to consider, reducing the typical “group-think” conundrum.

In leadership roles, they prepare more than their counterparts and typically create a flatter organization chart for more nimble decision-making. At USF, we are here to cultivate thoughtful innovators who create a culture of collaboration; with almost equal number of women on our MBA Programs this makes the goal easier to succeed.

We try to reflect gender blindness. In other words, we do not take gender into account, and this way, we practice true equality in every sense. At the same time, we have several strong female role models on our staff. Our dean in Barcelona is a very, very strong female (Christine Clarke) who has been an entrepreneur as well as a business owner.

We try to bring guest speakers to talk to our students that have also practiced gender and cultural blindness in their careers, most recently, Jean-Claude Biver, whose career with Omega and Hublot watches is set apart by ‘out of the box’ branding and working with male and female celebrities (Cindy Crawford, Jay Z, 50 Cent, Beyoncé).

I think we’ve had a long tradition of successfully recruiting females at GISMA Business School, partly because for most of our history we have had female leadership and a majority female staff. But also partly because German business lacks a significant female presence in its top leadership; as one of the first German programs to deliver an MBA, we have had the past 14 years to reach many females interested in pursuing the MBA, which they use as a means to break into career paths and functions traditionally dominated by men.

In this sense, success has been self-fulfilling, but with an increase in competition we also employ more active measures like inviting female alumni to meet prospective candidates at recruiting fairs and presentations to GISMA students regarding their experience. Additionally, we will soon launch a scholarship specifically for females.

10 =
The University of Hong Kong, Faculty of Business & Economics

HKU’s Faculty of Business & Economics has partnered with worldwide executive search firm Harvey Nash to offer the Women’s Directorship Program, which aims to address  inadequate female representation on the boards of local corporations. We aim to encourage more women to step up to the challenge by preparing them to take on such responsibilities. We also launched the Women and Transformational Leadership Program in March 2013. Hopefully, this will help to prepare a greater proportion of women for leadership positions.

We have worked to create a greater faculty gender balance, with 38.5% of the faculty today comprising of women, as compared to 20.5% in 2004. The proportion of women in senior positions has also increased.

10 =
University of California, Riverside - The A. Gary Anderson Graduate School of Management

Though we haven't necessarily made any concerted efforts to target women per se, we have always aimed for diversity, be it in terms of gender, race, or ethnicity. UCR has always fostered an atmosphere of inclusivity, and there are many student organizations geared toward women here.

Though there have been many strides in recent years, the glass ceiling still does exist; it is waiting to be broken through! This is evident, for example, in the low numbers of women in C-level positions. This may take time to fully remedy, but we are on the right track. We support our students in their efforts toward success, regardless of who they are or what they look like.

Register now for our Women in Leadership events >

This article was originally published in April 2016 .