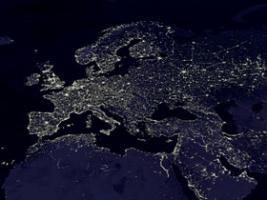 European business schools are becoming popular MBA study destinations and appear to be luring applicants away from the USA, according to two independent reports.

The QS TopMBA.com Applicant Survey 2010, published late 2010, and the Graduate Management Admissions Council’s (GMAC) World Geographic Trends Report, due to be published in February have found that applications from MBA aspirants to European business schools have increased dramatically over the past five years.

GMAC, who run the Graduate Management Admissions Test (GMAT) has found that applications to European MBA programs has increased by 90% since 2006, to just over 85,000.

Meanwhile, QS’ report has found that the number of MBA applicants considering applying to MBA programs in the USA has dropped by over 20% since 2008. Alongside this, some European countries have significantly grown in popularity, particularly Germany, Spain, Switzerland, The Netherlands and Italy. 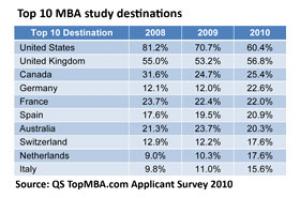 Explaining this dramatic shift in the popularity of MBA study destinations, Ross Geraghty, managing editor of the QS TopMBA Career Guide refers to the long-term trend of US MBA courses lasting two years, while European programs usually last one year.

“Difficulty in accessing visas, uncertainty about being able to stay in the country after graduating from an MBA program, concern about the short term health of the US economy, some political and cultural concerns, particularly among Muslim applicants and an increasing trend towards returning home after an MBA combine with the global preference for shorter courses,” he says.

Acknowledging the differences in MBA course length and the correlation with these findings, Alex Chicholm, GMAC senior research analyst says the growing popularity of European business schools could well be due to the diversity of students within Europe’s MBA programs.

"Because European programs attract a mix of international talent, they offer students an appealing opportunity to study in a truly global classroom,” he says, before highlighting the fact that many of the European MBA applicants came from outside the continent. Among the top five European destinations (Britain, France, Spain, the Netherlands, and Switzerland), fewer than 20% of scores were sent by domestic residents, he says.

Looking to the future, Geraghty believes that the rapid development of Asian business schools over the past two decades will soon be evident in QS’ top 10 MBA study destinations list.

“The US is no longer dominant and more and more European countries are at the top of people’s lists. Germany has risen to prominence in recent years. In ten years’ time I would expect to see some Asian countries featured in this list of ten most popular MBA study destinations.”