In the first of our debate series, Theo Vermaelen of INSEAD and Jerry Davis of the Ross School of Business go head-to-head on whether shareholder value maximization should be the main goal of corporations – and by extension, whether business schools should teach it. You can have your say below the line. 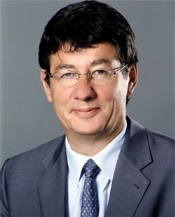 In a recent Harvard Business Review article Robert Reich argues that business schools should stop teaching that managers should maximize shareholder value. His argument is that this objective increases income inequality. Specifically, companies cut labor costs to make more money for the benefit of shareholders, so the shareholders get richer but the poor are worse off.

Income inequality is usually a concern for politicians. So we teach that companies should maximize shareholder value, but at the end of the day politicians redistribute the gains to address issues such as income inequality. For example, in a January 2014 article the Tax Foundation noted that the top 1% of US tax papers pays more Federal taxes than the bottom 90%. This inequality has increased over time: in 1980 the bottom 90% paid 50.72% of income taxes. Apparently this growth in inequality is a result of expanding tax credits which went from US$20 billion in 1990 to US$176 billion in 2010. So, inequality has gone up recently, but not in the sense meant by Mr Reich.

Robert Reich, as all the opponents of shareholder value maximization, wants us to teach maximizing stakeholder value, not shareholder value. Maximizing stakeholder value means trading off interests of various stakeholders against each other. How do I make this tradeoff? Politicians make tradeoffs like this all the time but there are differences between a CEO and a politician. A politician has to compete every four years or so but a CEO has to continuously compete in the global market place. It may well be that in the short run he or she will make excess profits, but in the long run competition means that the return on invested capital will converge to the cost of capital. So, increasing salaries, when your competitors are not, will reduce your competitiveness and is not sustainable in the long run. The high paid worker may well lose his job faster, and/or the company will hire fewer workers than would otherwise have been the case. To my great amazement the (socialist) French minister of economic affairs Emmanuel Macron supports my view: on October 9 he complained that French companies prefer to increase salaries rather than to hire new people, making French industry uncompetitive and responsible for high unemployment

There is also another major difference between a CEO and a politician. A politician can force his shareholders (the tax payers) to put up more money through the coercive power of the state or use this power to convince bond holders that it is safe to lend to the State. A CEO has to convince shareholders to invest money in the company. A company that states that its goal is not to maximize shareholder value will have a difficult time to attract equity capital. Or if it manages to do so, it will create an arbitrage opportunity for shareholder activists and potential bidders to take a stake in the company and replace the management. Politicians can’t lose their jobs through hostile bids, at least not until the next electoral cycle.

Dr Theo Vermaelen is a professor of finance at INSEAD. He is the coeditor of the Journal of Empirical Finance and has taught at London Business School, UCLA Anderson, and the University Of Chicago Booth School Of Business. 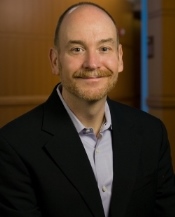 Since the shareholder value revolution of the 1980s, many business schools have taught the doctrine that corporations exist to maximize shareholder value, which was operationally defined in terms of share price. This may have served a useful purpose during the days of the bloated conglomerate, when it provided a rationale for splitting oversized companies into market-focused businesses. Today, however, the theology of shareholder value is increasingly irrelevant and even harmful. Like belief in Santa Claus, faith in share price can be safely retired.

There are dozens of alternative forms of organization that do not rely on public equity markets for their financing, even in financial services. Fidelity is privately owned, primarily by the Johnson family. The American Funds group is largely employee owned. Vanguard Group and State Farm are mutuals owned by their customers. Financial giant TIAA-CREF and the 8000 credit unions in the US are nonprofit organizations (and of course most investment banks were partnerships for decades before they went public). Business schools should be teaching students how to make discriminating choices based on the tradeoffs involved in alternative forms of financing, not privileging only one format for business.

2. It is backward looking

The US has half as many public corporations today as in 1997, and the number has declined every year but one since then, as de-listings greatly outnumber IPOs. Moreover, the most visible IPOs in recent years have adopted governance structures that ensure the control of the founding group via superior voting rights (Groupon, Zynga, LinkedIn, and Facebook). History suggests that such voting structures will not serve investors well in the long run.

Most countries in the world do not have a stock market, and share price-oriented corporations are of limited importance in many of the world’s other top economies. Germany has about as many public corporations as Pakistan, and its laws require labor representation on the board of directors; its export economy is heavily dependent on medium-sized private enterprises. Japan continues to practice a form of ‘stakeholder capitalism’, reflected in its shareholder-indifferent governance practices (with Sony as a notable exception). China is a nominally communist country with substantial state control of the economy. Teaching students an exclusive focus on ‘shareholder value’ does students a disservice in a global economy in which shareholder value is viewed largely as an American obsession, like the NFL or Taylor Swift.

4. It is operationally irrelevant for most MBA graduates

The decisions and actions taken by MBA students have only limited relevance to the question of the purpose of the public corporation until late in their career, if ever.

5. Recruiters are indifferent to it

For top MBA programs, many of the most sought-after recruiters (e.g. most consulting firms) are not public corporations; they do not have public shareholders. Moreover, interviews with recruiters found that none mentioned ‘shareholder value’ as being relevant to what they sought in MBA graduates. They want students who can think rigorously and do things; their views on shareholder value are about as relevant as Hank Paulson’s views on Christian Science were to his duties as CEO of Goldman Sachs and treasury secretary.

Perhaps focusing on shareholder value was bold in the 1980s, when the US still had dozens of shareholder-hostile conglomerates experiencing a ‘valuation gap’. A focus on shareholder value may have been a useful rhetorical tool for bust-ups and other restructurings, and it had novelty value in the business school classroom. Now it is simply a way to waste time on an idle discussion with no practical implications, of the sort that atheists and believers have on the internet every day.

Dr Jerry Davis is the Wilbur K Pierpont Collegiate Professor of Management at the University of Michigan’s Ross School of Business. He is the author of Managed by the Markets: How Finance Reshaped America which was awarded the 2010 George R Terry Award for Outstanding Contribution to the Advancement for Management Knowledge.

What do you think? Have your say below the line.

This article was originally published in October 2014 . It was last updated in July 2019