Find out at which top Asia-Pacific business schools MBA candidates have the highest average GMAT scores.

You might assume that, by and large, the average GMAT score of a school’s admitted MBA cohort rises along with a school’s standing in MBA rankings. However, QS’s 2014/15 Asia-Pacific MBA ranking show that this is not the case in this dynamic region.

In all, three Asia Pacific business schools have average GMAT scores topping 700 – accounting for 10% of schools featuring in the ranking (for the Global 200 rankings, the world’s top 200 schools are chosen by actively-hiring employers and academic experts in the field of business and management and then ranked by region). This compares to 20% of schools featuring in the North American ranking.

The Asia-Pacific schools in the 700 club are the Indian School of Business, IIM Ahmedabad (the IIMs more traditionally accept CAT rather than GMAT scores), and INSEAD Singapore.

For more information on the average GMAT scores for the 30 Asia Pacific schools featuring in QS’s regional MBA ranking, see the full ranking or download the accompanying report. 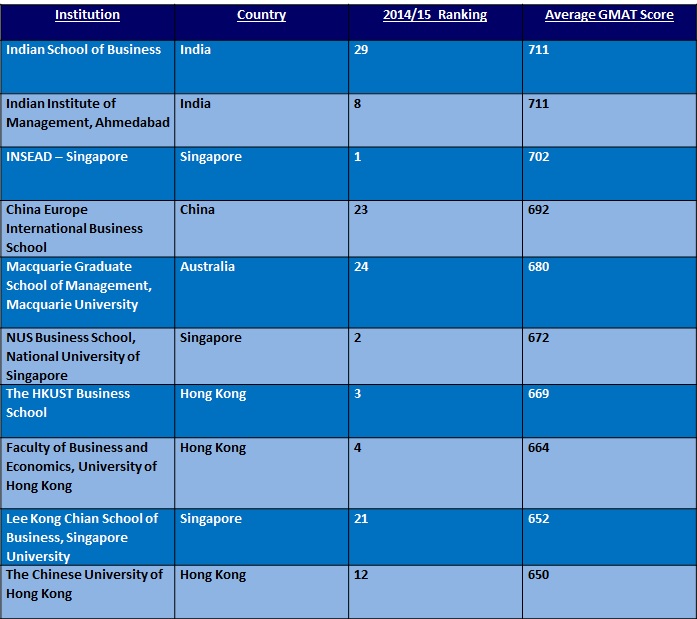 This article was originally published in November 2014 . It was last updated in July 2019