Women Outnumber Men as Prospective MBA Students in the US & Canada | TopMBA.com

Women Outnumber Men as Prospective MBA Students in the US & Canada

For the first time, the US & Canada region has more female prospective MBA students than male, according to the QS Applicant Survey 2014, which is to be released next week.

The US & Canada has seen a gradual rise in its proportion of female prospective MBA students since 2012 and now forms a majority of 52% this year. This figure stems from the responses of more than 5,000 applicants attending MBA admissions events earlier this year, and that make up QS’s annual survey into the aspirations of those readying themselves to pursue an MBA.

It is results such as these that make it all the more concerning that admitted MBA students at top North American business schools are not yet, on average (there are always exceptions), seeing the same proportions of female students as there are applicants attending these MBA admissions events. 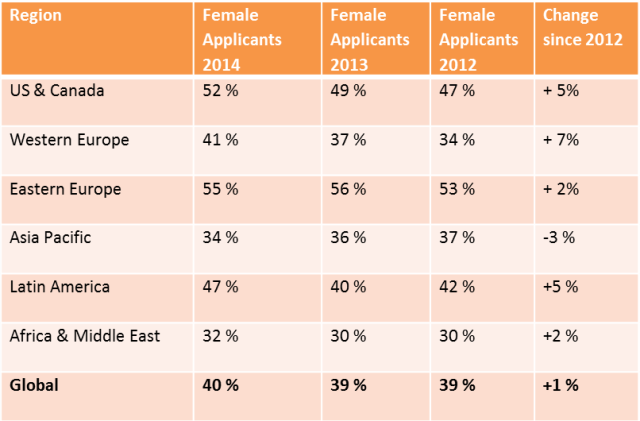 Only Eastern Europe can currently match the proportion of female applicants found in the US & Canada, meaning that the global average of the 5,000+ total respondents is still well below 50%.

However, if the number of respondents at MBA admissions events in each region were equated then the global average would be higher, at approximately 43.5%.

This is because more than a third of this year’s prospective MBA students included in the survey hail from Asia Pacific - testament to the region’s growing demand for business education – yet the only region in which there has been a drop in the number of female applicants this year.

This article was originally published in July 2014 . It was last updated in September 2014