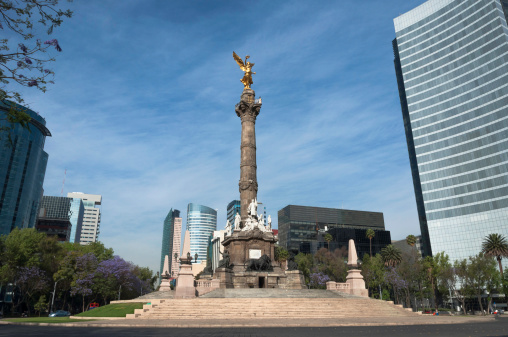 Jim O’Neill, formerly the chairman of Goldman Sachs’ investment wing and the man who coined the BRIC acronym for emerging economies in 2001, has now earmarked the MINT countries as the next set of markets for Western investors to keep an eye on.

So, who are the MINTs? They are Mexico, Indonesia, Nigeria and Turkey, and they have a few things in common. Firstly, they all have large and expanding populations which are yielding a young and sizeable workforce – something that should stand them in good stead at a time when many developed countries are grappling with ageing populations.

Secondly, with the possible exception of Nigeria, the MINT countries boast highly useful geographic locations to furthering growth. Mexico, for instance, is neatly positioned south of the US and acts as a gateway into Latin America. Indonesia lies at the heart of South-East Asia and enjoys close ties with China, and Turkey can be considered to belong to both East and West from its vantage point on the edge of the EU. Nigeria is, however, singled out for its potential to become Africa’s economic hub.

Although the MINT countries term was originally devised by the Boston-based asset management firm, Fidelity, it is economist, Jim O’Neill, who is popularizing it.

For a BBC Radio 4 series broadcast this week, Jim O’Neill travelled to each of the MINT countries to assess their emerging economies. From these visits he explains how he was impressed by market-friendly government reforms in Mexico and convinced that Nigeria and Turkey have the ability to surprise people with their progress.

Although Fidelity considered Indonesia to be the most BRIC-like from its sheer size of population and the scope of its ambition to join the world’s top ten economies by 2025, Jim O’Neill is slightly more wary, stating that Indonesia still has work to make the most of its clear potential.

Indeed, grouping countries together in this way is not always reliable because of their obvious differences. Even the BRICs have scarred investors since the term’s inception. Indeed, according to the Guardian it is only China that has truly lived up to its hype by becoming today’s second-largest world economy. Having said that, the view in the Independent is that, ultimately, the BRICs will continue to grow in economic influence but that the shift will be less dramatic than it has been in the past.

What is also clear is that concepts like the MINT countries are useful in highlighting the diversification of the world’s economic balance of power. Jim O’Neill’s BRICs term woke many people up to the reality of a post-Cold War global economy and perhaps, given time, the MINTs will be adjudged to represent the next generation of emerging economies.