The QS Global 200 Business Schools Report is split in regions, allowing us to see which schools in each geography are considered to be the strongest by actively hiring MBA employers – the responses of which form the basis of the report.

Tellingly, of the 60 European schools which are included in the list, 19 are based in the UK. This will be no surprise to those acquainted with the history of business education. The country was one of the first places outside of North America (see the top 10 schools in the US), to really take to the MBA, with London Business School and Manchester Business School entering the market in the 60s.

Since then, the market has grown considerably as the MBA became more and more entrenched in international hiring policies, with the many of the UK’s prestigious public sector research universities boasting equally strong sister institutions of business education.

Thus the country boasts considerable pedigree in the realm of business education, and attracts huge numbers of students from around the world to study in its prestigious schools.

But of these, which do employers think are the top business schools in the UK? 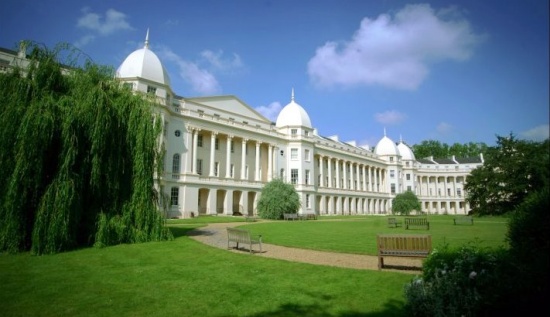 First in the list of top business schools in the UK and ranking as the second best business school in Europe behind INSEAD according to employers, London Business School offers a flexible full-time MBA program typically aimed at young managers with an average of five years’ work experience. The school is located in Marylebone, central London on the border of Regent’s Park – home to the ever-popular London Zoo (among other things). Students are able to choose the length of their stay, for 15, 18 or 21 months, in order to fit in with each individual’s lifestyle. The largest yearly class size in the UK of 406, and London Business School’s full-time MBA students are 91% international and 33% female. 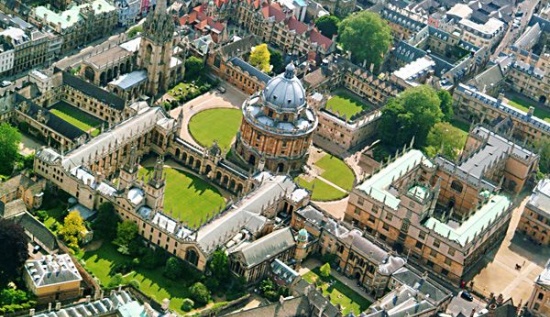 Climbing two places from last year’s placing, Saïd Business School ranks as fourth in the European tables. The school boasts an average GMAT score of 698 – on par with London Business School – and an international student base of 94%. The average student has six years of work experience. Saïd Business School, part of the world-renowned Oxford University and located in the small yet lively student city of Oxford, also offers a ‘1 +1’ program which allows students to combine their 1-year full-time MBA with an Oxford MSc course of their choice. 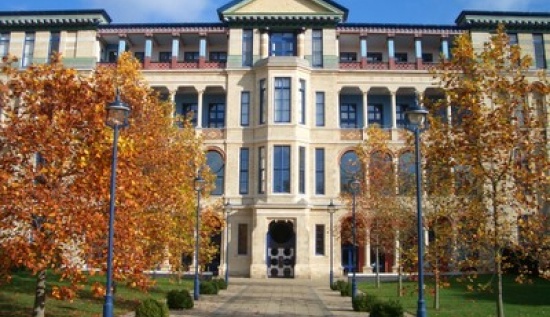 This year Judge Business School drops one place and now lies at 13th place in the European table. Judge has one of the highest employment rates of the top European business schools, with 97% of candidates finding employment in the first 3 months after graduation. The program, located in the quaint yet vibrant university town of Cambridge, is one-year long, with average class size standing at 152 students, 97% are international. 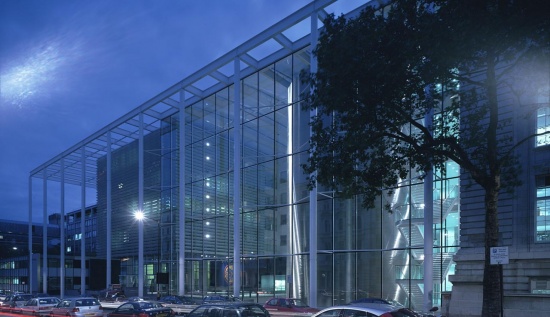 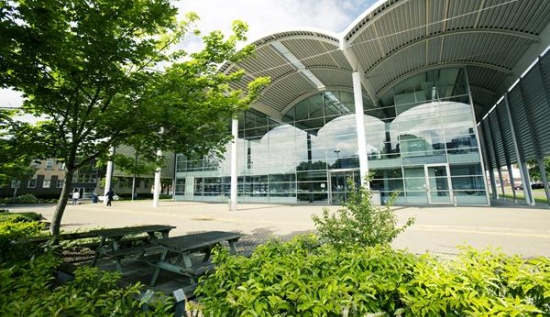 Again seeing a rise of five places in the rankings, Cranfield School of Management now ranks at 17th in Europe. Their typical MBA student is experienced, with nine years under their belt – the highest in the UK’s top five. Cranfield’s mission statement is to promote global innovation with a focus on aerospace, defense and security, environment and management amongst other things, in order to change the way society functions and learns. The average MBA class is made up of 73 students, of which 75% are international and 30% are female. 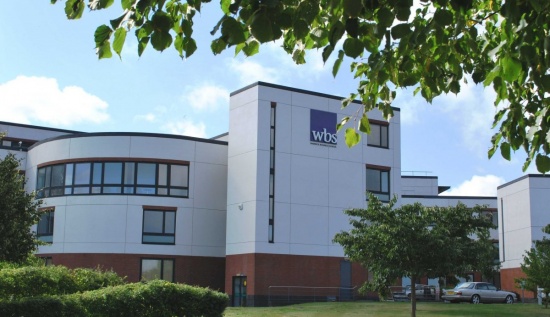 Ranked 20th in Europe, having fallen three places since last year, Warwick Business School remains one of the top business schools for both world-leading full-time MBA programs and distance learning programs. There is a big population of international students, 91% in an average class of 67. The typical student has six years’ worth of work experience. WBS is located in the county town of Warwickshire and is part of the internationally recognized institution the University of Warwick. The town dates back to the Neolithic Era and features many picturesque historic buildings, and boasts a rich cultural life. 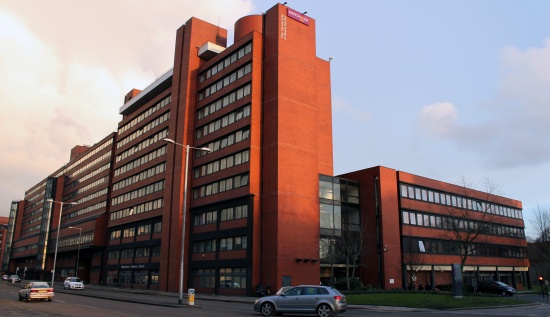 The most consistent school so far, Manchester Business School holds its ranking from last year of 27th in Europe. The full-time MBA has an average class size of 114 and the second highest percentage of female students on this list, at 35%. MBS, part of The University of Manchester, is located in the vibrant city of Manchester which was voted the second best student city in the UK behind London in this year’s QS Student Cities Ranking. The city is notable for its architecture, culture and music scene and is the third most popular city in the UK for tourists after London and Edinburgh. 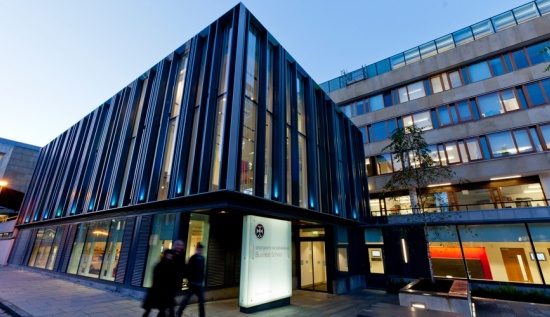 The University of Edinburgh Business School climbs a huge 13 places in the European tables this year and is now considered to be the 30th best school in Europe according to employers. The school offers the second highest percentage of international students at 96% and is the best school for gender diversity with 44% of students female. Located right in the center of the University of Edinburgh’s main campus, the school is in the midst of an impressively vibrant and diverse student culture. The city itself is a hub of culture and plays host to many annual international arts events, including the internationally renowned Edinburgh Fringe festival. 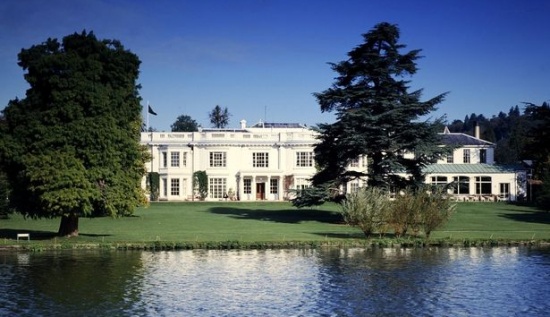 Seeing a significant rise of nine places in the rankings this year, Henley Business School is now ranked at 33rd in Europe. Part of the University of Reading, Henley Business School’s students have the highest amount of work experience with an average of 12 years. This is due to the fact that Henley deliberately enrolls mature students; the average age of MBA students at Henley is 38. The school occupies two campuses; one in Henley-on-Thames, the previous site of Henley Management College which merged with the University of Reading in 2008, and the main Reading campus, Whiteknights Park, which is a calm and secluded area two miles south of the city center. 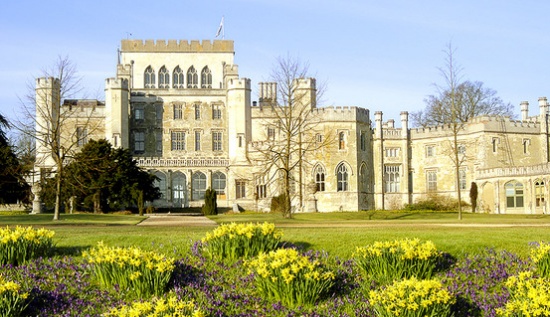 Another school to make a considerable rise in the tables, and coming 10th in this list of top business schools in the UK is Ashridge Business School which now stands at 36th in the European rankings, up from 45th last year. With the smallest yearly class figures in this top 10 list with 25 students, Ashridge has a 92% international student base with the average student having 10 years of work experience. Students of Ashridge are often mature students looking career changes or to gain entrepreneurial knowledge to start a new business. The school, located in a Gothic Revival country house in Hertfordshire, is near the historical and rural town of Berkhamsted.

This article was originally published in November 2013 . It was last updated in May 2019