Five Reasons to Get an MBA | TopMBA.com

Five Reasons to Get an MBA

Five reasons to get an MBA main image

There are several reasons why I decided to get an MBA which, as I learned in one of my undergraduate cultural studies classes, meant that my decision was ‘overdetermined’! The following reasons set me on a course to b-school:

One of my friends was strongly encouraging me to go back to school for higher education, as it was something that he highly valued and thought would suit me well. When having lunch one day, he asked me where I saw myself headed professionally. Did I want to further pursue my linguistics studies and pursue a career in that? Did I want to be a lawyer, like him? In that moment, it hit me that I would eventually like to own my own business. It was not a burning desire, but rather something that felt right. However, I didn’t know the first thing about starting a business or what kind of business I wanted. When I told him that I wanted to be a business owner, he immediately responded that I should get an MBA. Simple as that. I knew other people who were applying for MBA programs and I hadn’t considered it before. But in that moment, it all seemed to add up for me.

At that time, I had been at the same job for several years. I had lived in the same apartment. I had mostly had the same friends. I was ready for a change. I knew that an MBA program would bring about a change of schedule, some variety from my 9-to-5. Importantly, it would also introduce me to new people – fellow classmates, professors, alumni, and professionals. I also knew that I wanted to travel internationally during the program so I could immerse myself in a new environment. Getting an MBA would be the perfect way to bring about the career change I needed.

I knew that, even if I learned a lot about starting my own business, I probably wouldn’t be in a position to launch a company straight out of school. I wanted to learn more about business as an employee of one anyway. Getting an MBA would help further my professional advancement by giving me access to a wider pool of potential positions and new territory to explore in the professional world. It would also increase my earning potential.

When I considered my higher education options, it seemed that everything ultimately came down to business. Law school? Medical school? In the end, lawyers, doctors, and everyone else are still subjected to a capitalist market where the dollar is king. In order to play the game, it seemed important to know the rules. Yet, my undergraduate studies in linguistics and cultural studies made me ill-prepared for decision-making within an organization. I didn’t know anything about business operations. I felt inadequate and knew that business knowledge was power.

Going back to school had always seemed like a losing proposition. Spend a lot of time and money and then try to get a better-paying job in an uncertain economy? I’m extremely risk-averse so I wasn’t willing to gamble on my future that way. Yet, I was in a unique situation. I was living in Montreal, a city with a very low cost of living and highly subsidized education programs. As a Quebec resident, I could pay very low tuition, easily receive loans and bursaries, and go to school without worrying about my finances. I had also saved an adequate amount of money while working for several years. When I looked into getting an MBA, HEC Montreal seemed like a perfect fit. As a one-year MBA program, I would only lose out on one year’s worth of salary, pay only one year’s worth of tuition, and the entire program cost only C$7,000. It was a no-brainer.

Now, a year after getting an MBA, I know I made the right decision. The MBA has made me more confident as a business professional. I am also still considering the option to become a business owner, and living in the heart of Silicon Beach has only inspired me even more so to pursue that path. The MBA actually exceeded my expectations, providing me with access to people, thoughts, events, etc. that I otherwise would never have had. It was a worthwhile experience and one that I would recommend to anyone who is considering any of the aforementioned elements. 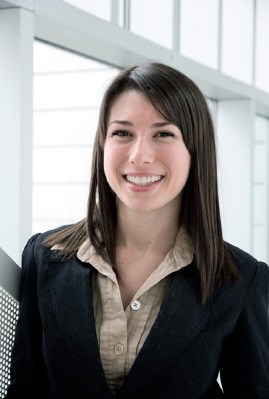 Lori Weiss received her MBA from HEC Montreal, where she was awarded the Global Citizenship Scholarship for her Campus Abroad trip to Russia. She is now working in Santa Monica, California as Inbound Sales Manager for Single Grain, LLC, a digital marketing agency. Prior to pursuing her MBA, Lori acquired five years of work experience as a Communications Manager for a Canadian Immigration law firm. Lori enjoys blogging and maintains her blog, Lori Weiss, MBA, where she talks about business, Silicon Beach, and her life on the west coast.

Start your MBA journey at one of our global events