MBA Admissions Advice from Wharton and Other MBA News Snippets

The new Wharton MBA admissions director had some words of advice for those applying to business school, as we round up this week's MBA news

Fresh into taking up his position as the new Wharton MBA admissions director, Frank DeVecchis has been offering some words of advice to prospective MBA students.

He told The Daily Pennsylvanian that he wanted applicants “who are really looking to learn and grow here, not just someone looking to check a box.” DeVecchis also cautioned against candidates playing up to assumptions on what they believe a school is looking for when applying and in interview, but instead advised them to “truly be yourself and put your best foot forward.”

Although DeVecchis says not to expect any major changes to the Wharton MBA admissions process anytime soon, he did confirm that a new associate director that will focus on the diversity within Wharton’s application pool, as well as a data analyst, would be appointed.

Although new to his MBA admissions posting, DeVecchis has held roles at the school since 2009, most recently as an academic advisor to around 200 Wharton MBA students.

Check out TopMBA.com’s series of interviews with admissions officers at schools in the US and beyond in our dedicated MBA admissions section.

Sonoma State University (SSU) is to launch an accelerated version of its two-year wine MBA this fall.

According to the school, the content in what will be known as the Global Wine MBA is identical to its two-year counterpart, with class schedules and program requirements simply sped up for those who wish to graduate in a single year.

The wine MBA program aims to focus on the business side of the industry and emphasizes its links to practitioners and wineries located close by to SSU’s Californian campus as a means of providing a hands-on learning experience.

A number of India’s largest firms look set to renege on a deadline requiring them to have at least one female director on their executive board.

In the summer of 2013, a gender diversity law specifying the quota’s introduction was passed by India’s government. But, with less than a week to go before the March 26 deadline, it appears roughly a third of the 1,475 companies listed on Mumbai’s National Stock Exchange (NSE) are yet to appoint a female director to their boards.

However, it has only been a late flurry of appointments that has brought the number down to this level, with reports suggesting that barely a half of listed companies were already in compliance with the new law by October 2014.  Some are now worried that appointments made out of haste to comply with the law rather than desire to improve their performance in relation to gender diversity could have negative consequences for a board’s effectiveness.

"Corporate India has not internalized the need to have woman directors. The need for gender diversity isn't truly felt across boardrooms, and the business case isn't compelling for companies," said Shriram Subramanian, of corporate governance advisory firm, InGovern Research Services.

In the Asia-Pacific region as a whole, the slow progress being made with regards to gender diversity was the subject of a recent report produced by Singapore’s NUS Business School. 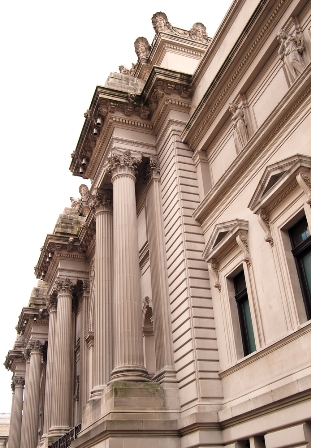 A Yale MBA alumnus is to become the new president at one of the world’s largest museums, New York City’s Metropolitan Museum of Art (the Met).

Dan Weiss, an art historian who sandwiched a Yale MBA in between master’s and PhD degrees from John Hopkins University, where he specialized in Western medieval and Byzantine art, will join the Met from his current role as president at Haverford College – known for the strength of its undergraduate degrees in the humanities and arts.

“Dan’s experience is a rare combination of academic accomplishment in art history and vast management experience in a variety of complex institutions,” Thomas P Campbell, director and CEO of the Met, said of the Yale MBA alumnus in a press release.

Weiss, who as president will also perform the role of chief operating officer, will inherit an institution with an operating budget in excess of US$300 million and an endowment of roughly US$3 billion, according to figures from the Met.

The museum’s collection of more than two million items has been described as, “so large in a number of areas that some might be considered museums unto themselves,” by National Geographic, and saw an estimated 6.2 million visitors to its main building and its branch known as The Cloisters in 2014.

This article was originally published in March 2015 . It was last updated in December 2019