The centruy oak tree, a Texas A&M campus landmark, where Mays Business School has announced its next dean

Texas A&M University’s Mays Business School has turned to one of its own MBA alumni in its choice to lead the school forward, with Eli Jones confirmed as dean, beginning July 1.

Jones, a marketing professor, is not just an MBA alumnus of Mays Business School; he spent much of his student life at Texas A&M, where he also gained a bachelor’s degree in journalism as well as a PhD in marketing. 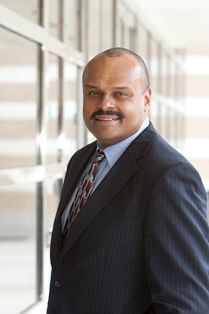 “There’s nothing sweeter than the sound of home,” Eli Jones said in a press release for Mays Business School. “My wife and I are excited about returning to Aggieland [a popular colloquial term for the area that Texas A&M University inhabits] and becoming an integral part of my alma mater. Texas A&M University and Mays Business School have been on an upward trajectory for some time, and I know that’s definitely a tradition that the talented faculty, dedicated staff and wonderful students want to continue.”

The choice had been anticipated, with reports earlier this month suggesting that Eli Jones had been the only candidate interviewed by Texas A&M. Jones will take over from Ricky Griffin, who has been the interim dean at Mays Business School since the last formal incumbent, Jerry Strawser, became a vice president of the wider Texas A&M University.

“Dr Eli Jones has the right combination of experience, acumen and vision to lead our school through this exciting period,” Griffin said.

As well as familiarity with his surroundings, Jones also comes with experience of a dean’s duties – his tenure at Mays Business School is to follow deanships served at the business schools of Louisiana State University and, in his current position, at the University of Arkansas.

As an experienced academic who has also already served at the helm of two US business schools, his appointment to Texas A&M won’t add to the low levels of diversity currently seen among the upper echelons of business education faculty in the US, as reported by the AACSB. However, Jones will be joining a school that enjoys a much wider international reputation, according to the latest QS MBA rankings for North America, where it ranks among the top 30 in the US.

Jones also spent more than a decade as a marketing professor at the University of Houston and, outside of academia, has held sales and sales management roles for companies in the Fortune 100.

This article was originally published in March 2015 . It was last updated in December 2019