What the world's top business schools look like during the winter

To bring some festive feeling to TopMBA.com we thought we’d share campus pictures of some top business schools from around the world… in winter.

It’s not always going to be sunshine and sitting outside on the lawn while catching up on a case, but nevertheless, hopefully from these photos you’ll see that isn’t necessarily the worst thing in the world (summer is overrated!). Indeed, winter is one of the best times to view your prospective campus, as the cold weather often serves to highlight some of the business education world’s most handsome architecture.

Somewhat counter-intuitively, these cold shots also make each top business school look that little bit cozier, letting you imagine being tucked away inside the library with a hot chocolate and a good book (on business strategy, of course). Scroll down for the wintry campus pictures and for more information about each region’s winter months… 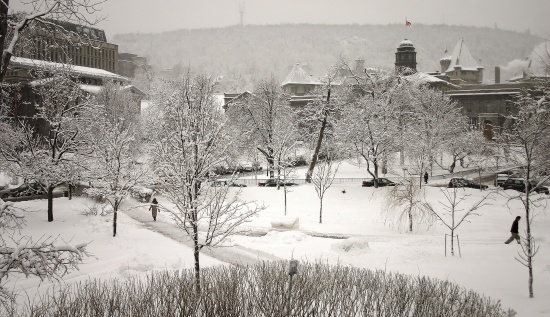 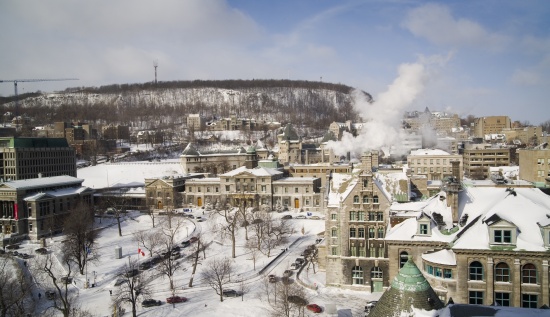 Desautels School of Management, part of McGill University, is located in the bilingual city of Montréal where French and North American cultures collide wonderfully. The Desuatels School of Management campus itself is situated in downtown Montréal which is a vibrant, youthful area of multiculturalism and busy city life. An average winter in Montréal has average temperatures of around 16 to14°F (-9 to-10°C) meaning that often there is a layer of snow covering the city from early December right up until the last week of march. 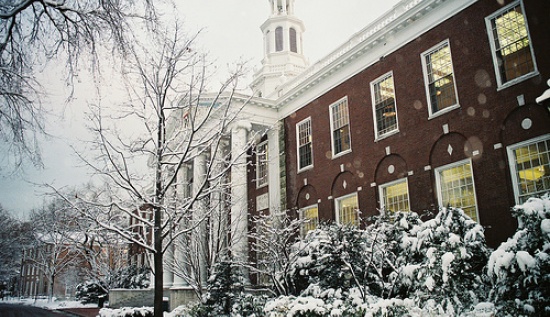 Harvard Business School is located on the outskirts of Boston, across the Charles River from the university’s main campus in Cambridge. The school has a strong focus on developing its student community in a safe and homely environment but the proximity of the attractions of Boston means students get the best of both worlds. Boston’s coastal location makes the city prone to extreme northeasterly weather including snow and rain, and snow coverage from December through to March increases dramatically away from the coast, making Harvard Business School a prime location for wintry scenes. 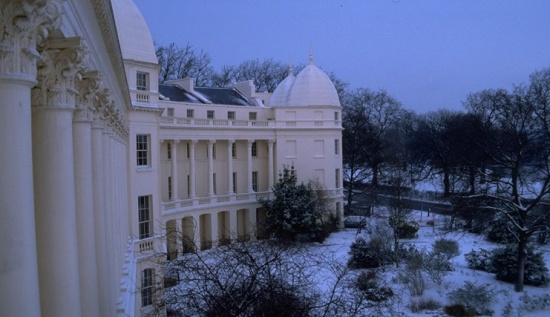 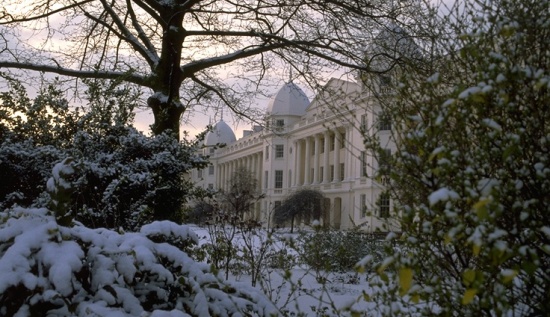 The main building of the London Business School campus is situated in Marylebone besides Regent’s Park, looking onto the park’s lake and offering some of London’s most beautiful views especially in winter. Originally built as 26 terraced houses in 1822, London Business School has ten ornate dome structures along its roof and a multitude of Corinthian columns on its front. Consistently ranked as the top business school in the UK, London Business School is within walking distance of the famous Camden Town, elegant Bloomsbury and much of the cultural hub of Soho. 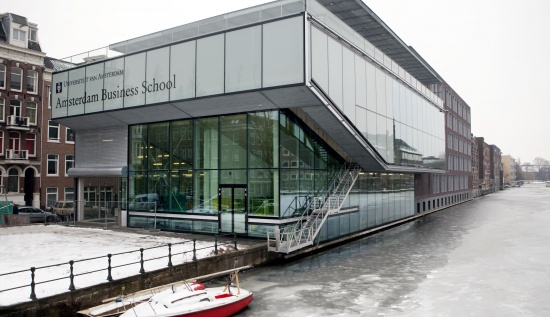 The culture of Amsterdam is vibrant and young yet provincial, famous for its canals and architecture. The Amsterdam Business School building is state-of-the-art and situated on the banks of the Keizersgracht canal, one of three main branches that connect the entire city in a web of waterways. Amsterdam in winter is a changeable sight, with December to February being the coldest months. Snow in Amsterdam complements the architectural beauty of the city like nothing else. And although the weather is rarely cold enough to freeze the canals, when it is, the city becomes an ice skating paradise. 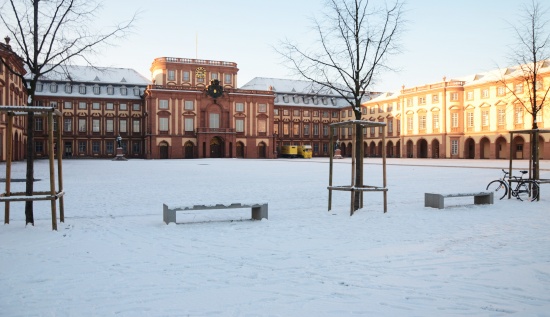 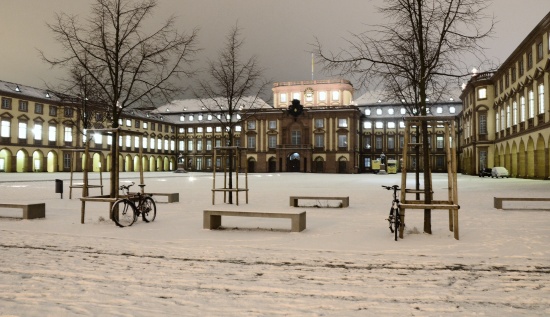 Mannheim Business School campus is situated in Mannheim Palace. Built in the 18th century and originally the home of the prince-electors for the royal House of Wittelsbach, the palace is now primarily used by the University of Mannheim, which runs the business school on campus. Mannheim, situated near the confluence of the Rhine and Neckar Rivers, is an industrial city but with a fun and energetic cultural scene. The city is located in Germany’s warmest region and therefore snow is rare, but when it does come, the industrial becomes beautiful. 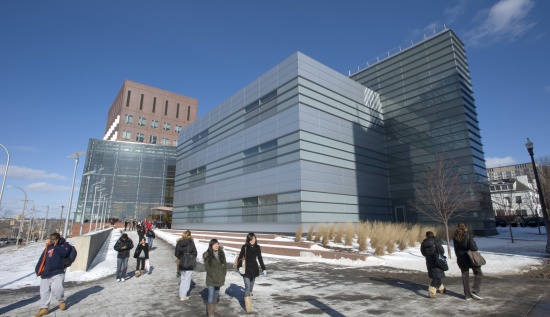 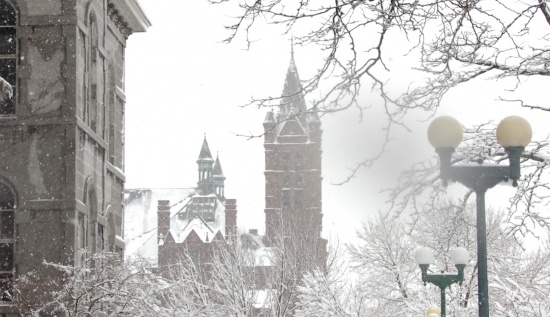 Part of Syracuse University, the Whitman School of Management, was founded in 1999 in Syracuse, New York. Approximately four hours north of New York City, Syracuse offers over 1000 acres of parkland and sights of the Onondaga Lake and Lake Ontario which spans the Canadian border to the north. Syracuse is known for its snowfall and receives more snow on average than any other large city in the US; in December 2010, 185 centimeters of snow were recorded. Its extreme weather is due to both the proximity to Lake Ontario along with Nor’easter coastal winds. 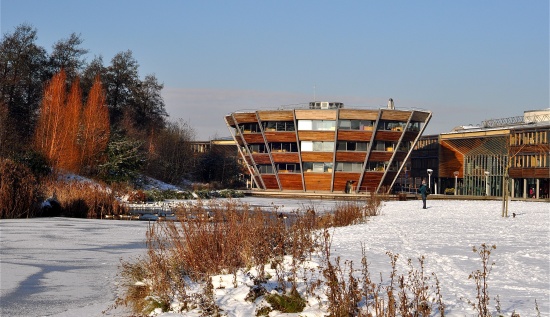 The historic town of Nottingham, famous for the legend of Robin Hood and architecture dating back to the 1100s, is home to Nottingham University Business School, part of the University of Nottingham. The city is home to one of the oldest and largest travelling fairs in Europe, known as the Nottingham Goose Fair, which has been running since 1284 and has only been cancelled to accommodate for the Great Plague of the 17th century and two World Wars. Located in the midlands, Nottingham rarely experiences extremes of temperature and has average winter temperatures of 33°F to 41°F (1°C to 5°C). 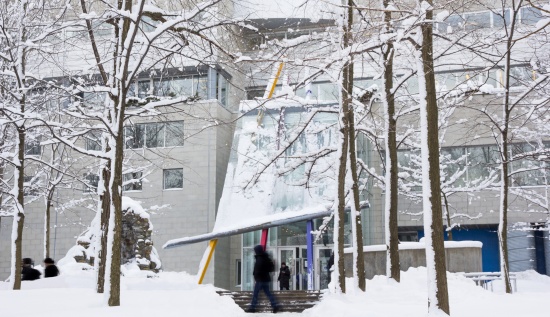 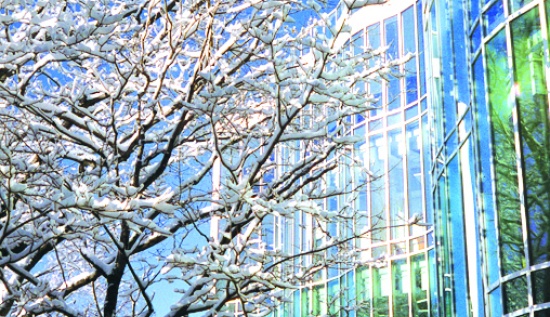 HEC Montréal is the oldest management school in Canada, founded in 1907 and spread out over some parts of Mount Royal, the mountain range after which Montréal is named, a popular place to toboggan and ski in winter and home of the ‘Tam Tam Jam’. The multiculturalism of Montréal is reflected in the school’s diverse student body and the range of languages used. The city is also known for its indie music and arts scene as well as its Parisian vibe of relaxed cool. 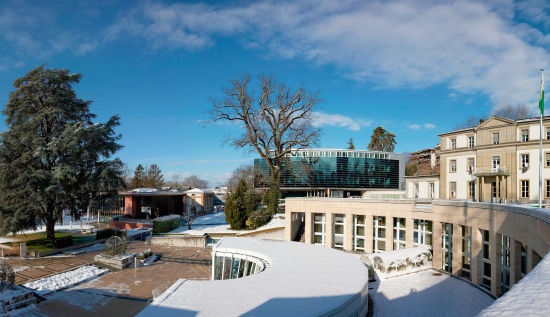 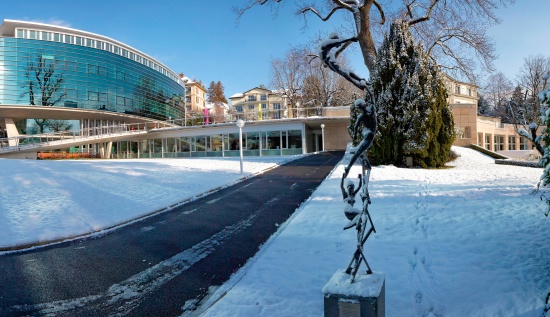 Currently the top business school in Switzerland, IMD Switzerland is located in Lausanne, a hilly city boasting breathtaking views over the Alps and Lake Geneva. Its medieval history as a Roman military camp is reflected in the city’s center, home of an impressive Gothic cathedral and a multitude of museums. Today the city boasts a vibrant arts scene and uses the lake as an attraction for thrill-seekers and water-sports enthusiasts. The areas of Ouchy and Flon are both distinct parts of the city, the former offering relaxed lakeside walks and the latter providing a hipper and more youthful living environment of converted warehouses along with a vibrant commercial culture and fine places to eat and drink.

This article was originally published in December 2013 . It was last updated in June 2016