How an MBA Helped Me Survive the Financial Crash of 2008 | TopMBA.com

How an MBA Helped Me Survive the Financial Crash of 2008

Zafar Jamati was halfway through his undergraduate degree when the stock market crashed in 2008. Two years later, he graduated with a BSc in Business Information Technology from Manchester Metropolitan University, hoping to kick-start a career in systems analytics.

However, the job market was a much less promising prospect than it had been just a few years prior.

Zafar said: “The world was still reeling from the effects of the crisis. Rather than hiring new staff, companies were letting people go across most sectors.

“I decided then to use the opportunity to pursue further education. I knew that I wanted to maximize my job opportunities, and I realized that an MBA would give me a grounding in a wide variety of specialist subject areas.” 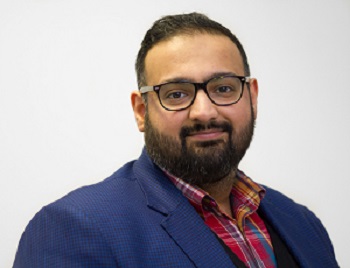 In 2010, soon after finishing his undergraduate degree, Zafar landed a spot on the MBA program at Staffordshire University – which featured what he considers a “good selection” of learning development opportunities, as well as affordable tuition fees. As part of the degree, he had the opportunity to spend time in the Czech Republic to learn about International Strategy, an experience he remembers fondly.

Zafar said: “The experience itself was brilliant, the tutors were knowledgeable, and I was able to study everything from economics and risk-management to marketing and organizational change.

“We got to see the inner workings of businesses including a luxury crystal manufacturer, a traditional brewery, a major steel business and even a multinational automotive plant, where we saw robotic automation first-hand. This experience really opened my eyes to the career possibilities that were available, and I started to think more broadly about what I wanted to do long term.”

After his MBA, Zafar spent a few years working in business consulting and financial services. Despite enjoying his roles, he recalls feeling like he had not found his “calling” yet.

Zafar’s career changed when he made a speculative application to a tech PR agency – Stone Junction Ltd – and was invited for an interview.

He said: “Having completed the MBA, I felt confident in making applications for jobs that I would never have considered after my bachelor’s degree, because I now had some familiarity with a range of subjects.

“I initially only intended the job to be a steppingstone to something more traditional for an MBA graduate, like banking, HR or operations. However, I quickly took a liking to the job and the people, and the rest, as they say, is history.”

Zafar quickly progressed into different roles within the firm, from Account Executive to Senior Content Executive and Head of Content – the position he still holds today. He says his career advancements in a niche field such as technology PR wouldn’t have been possible without an MBA degree under his belt.

He said: “An MBA not only equips you with the rounded skills you need to excel in the contemporary world of business, it also gives you the grit and confidence to succeed in spite of obstacles and challenges.

“The world right now is going through a similar crisis to the one I experienced back in 2010, when I decided to undertake an MBA. Anyone who is unsure about their future career path should maximize their chances of finding the right job by seriously considering this type of degree.”

Despite the challenges posed to businesses by the COVID-19 pandemic, Zafar says the tech PR sector continues to boom.

To thrive in times of crisis, he believes MBA candidates and graduates should expand their horizons and find opportunities in non-traditional fields.

Zafar said: “I’ve worked in tech PR for almost seven years now, and I can honestly say I haven’t had a boring moment yet.

“Yesterday I was filming a short-movie production, today I planned a campaign on sustainable bioplastics made from sugar starches, and tomorrow I’m interviewing a US congressman for a book I’m writing about the future of broadband. PR, and technology PR in particular, really has something for everyone.”

This article was originally published in November 2020 .

7 MBA Internship Mistakes and How You Can Avoid Them

MBAs Get Ready for the Robot Revolution

International Students and Securing Post-MBA Jobs in the US

7 MBA Internship Mistakes and How You Can Avoid Them

International Students and Securing Post-MBA Jobs in the US