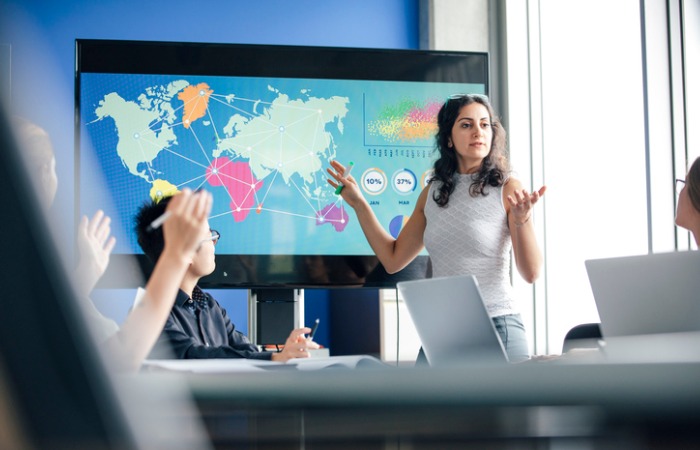 The Forté Foundation’s annual MBA Women’s Leadership Conference looked a little different this year. The two-day event promotes the future career paths of incoming women MBAs at Forté partner schools (including Forté Fellows) and this year, the conference took on virtual delivery for the first time ever – but this didn’t stop the event empowering female MBAs.

One panel discussion was Dialogue with Leadership, a session that brings together leading women for a candid conversation on careers and business leadership. 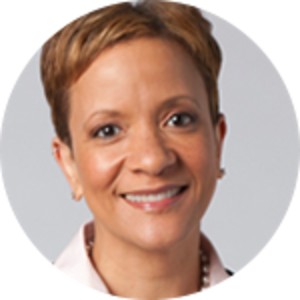 Liz Riley of Management Leadership for Tomorrow (pictured) was moderator, and we heard the stories of Sheila Stanziale, CEO of SpudLove Snacks and Janet Foutty, Chair of the Board at Deloitte and how they advanced to the top.

Taking power in the board room

Sheila had one anecdote from her time at Nabisco when she was reporting to the business unit General Manager some 25 years ago.

Every year they presented the annual operating plan – a big money meeting with way too many people in the room – and Sheila’s GM reported to Doug Conant.

At 28, she was the youngest person on the executive team, and wasn’t particularly experienced sharing strategic plans to CEOs yet.

She said: “The best thing my GM Hank Lambert said was, ‘Look, there's one person in the room, and it's Doug. Be inclusive when you're presenting, but at the end of the day, the person that really matters to all of us, our plan, investment and getting alignment, it's Doug.’”

Another piece of advice by Lambert was that you’ll get questions you don’t know the answers to, and that’s OK. Lambert gave her that advice heading into the boardroom – super prescriptive, in the moment advice that she has remembered throughout her career.

A two-year MBA program will be a transformative experience, but it will of course be an intense time.

Along the way, your plans may change, or unexpected pivots may arise, to which Sheila and Janet had some words of wisdom. 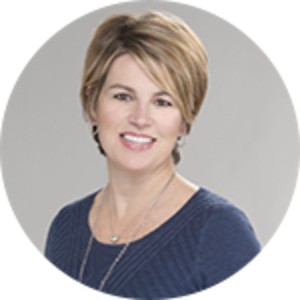 One example Sheila (pictured) gave was when she was a stakeholder at PepsiCo in a big sales and marketing role. She said: “At the time we had a weak leader and everything coming out of the operations team wasn't working the right way and so me and my tribe were all really quite negatively impacted.

“I began to think, I could totally do that job. I had a nice support system, I made my case, and I got what I wished for. By successfully performing and leading the operations function, I was then a candidate for GM jobs, because I knew the underbelly of the business.”

This opportunity enabled her to meet lots of people within the company, from executives in her orbit to team members she’d recruited, making it a rich, robust learning experience. She said: “I think if my antenna wasn't up, nobody would have ever suggested that for me.”

Janet takes a more philosophical approach to what guided her in her career. Does she get energy from the work? Does she like the people? Is she valued? Is she having the kind of impact she wants to have?

She said: “I'm pretty rigorous about testing against those pretty frequently. If I went more than a couple of weeks, where I was really uneven across the criteria, then it's time to take a step back.”

Start to lay the groundwork for a shift in your career, whether it's changing your concentration area at school, moving to a different team to reposition for a different role, leaving an organization, it can be a myriad of things, but it’s important to gut check against the principles important to you. 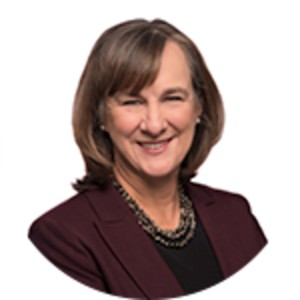 One example Janet (pictured) gave was when she was two years out of business school in a consulting role, in a position where if you're not quick and adept enough at networking for projects you get assigned to one.

After being assigned to a project she wasn’t happy with, Janet said she gently made it known that she wasn’t excited about the project, continued to raise her voice, and after a few weeks of vocalizing her thoughts, she was moved. She said: “What I got moved to, which is the thing I thought I wanted was a disaster. It did not meet those basic fundamental criteria I was talking about by any stretch of the imagination.”

The virtual conference urged attendees to pick a power word to best describe them, one empowering word used was fearlessness, to which Janet said she felt aligned with this story. She said: “I was fearless about raising my hand in the first place, but I was also fearless about going back and doing a ‘mia culpa,’ and I said, ‘I was wrong, I know I asked for this, but it’s not what I thought it would be.’”

Janet was put back on her original project and it was probably her biggest career accelerant because it laid out a path for the next five years. She said: “Being open to what comes at you, as long as your gut checking against it is how I really thought about my own pivots.”

Don’t be afraid of yes

One thing the panelists wanted attendees to take from the discussion is to be open to yes. Many conversations are had behind closed doors in big companies and big firms about who is willing to take the opportunities in business – and you never want to be the person who isn’t flexible or accommodating.

Sheila said: “I think what we're saying is, have a loose three or four year plan, be open to yes, and look for signs and signals because they'll produce jobs and assignments that you might find are highly satisfying.”

But Janet adds that doing this with humility will give you a lot more space to maneuver as, ‘humility versus demand.’

Female MBA students transform their lives, their family's lives and their companies. But how do you balance the dreams of a family or a personal life, or balance your life with the three to five-year plan, and the big job?

Sheila said: “As a mother when your children are younger, you know there are always going to be choices you'll be forced to make. I muscled through, stuck with, sucked it up for a few roles over the years because it was best for my family.

“I found doing an inspection and holding myself honest on work life balance every hundred days was how that worked for me. And if it doesn't, then you’ve got to make some adjustments and pull or release some levers.”

Janet agreed, she said: “Over the course of the month, how many days did I feel that the sort of yin and yang was out of balance? If I felt I either wasn't giving enough to my teams and my clients or to my family, something had to rebalance.”

We all go through different chapters that will affect our family lives and working environments. Janet said: “We've had this weaving of our professional lives with our children's chapters as well, but there are strengths that each parent brings.”

Liz asked Sheila and Janet to give a golden nugget to takeaway, one last piece of advice for the MBA women to tack on their backpack before they begin their MBA journey.

Sheila said: “You're at a time in your life where you should have the time and if you don't, you should make the time, talk to as many people as you can, and participate in as many events like this conference as you can.

“Read as much as you can, because you're at an early enough point in your life, in your career where talking to a wide group of people will help influence your thoughts. I think that's really a good thing.”

Sheila also says you need to know yourself, especially during the age of social media. She said: “There will be all sorts of pressures (and a lot will be self-imposed) to chase and do something other classmates are doing that might look more attractive or better to you. You’ve got to figure out a way to screen that out and make yourself happy and know what you want and what's good for you.

“Talk to as many people as you can and know yourself and try to screen out some of what you don't have to be focused on.”

Janet also notes the importance of building your team. She said: “My rule of thumb is if you have 10 extra hours a month to invest in relationships, one up in the organization, four with your team, and five with your peers, because the relationships, the feedback, the counsel, the coaching, the directness the transparency, the amount of learning you'll have from your peers, is the most invaluable.”

This article was originally published in June 2020 .

women in business
women in leadership