As the world ushers in the New Year, we look back at some of 2014's biggest stories.

This year in review takes in many of the MBA and business education's most important topics for MBA students in any part of the world - past, present and prospective - from MBA admissions and the emergent MOOC format to addressing the continuing gender gap in the MBA classroom and beyond.

In 2014, the subject of MOOCs and their potential impact on business education was one that refused to go away.

At the start of the year, there was a look at one student's commitment to become the first person to complete the equivalent of an online MBA by picking and choosing from the growing number of MOOC options offered by top business schools.

The progress made by Laurie Pickard, who has also written about her experiences for TopMBA.com, over the course of the year offers a valuable insight into the MOOC format - its advantages and its weaknesses - ahead of a year in which business schools are set to continue exploring their use of the MOOC as a means of broadening their reach.

In February, the leading standardized exam for MBA students, the GMAT, celebrated its 60th anniversary. Since it was launched by GMAC in 1954, the exam has spread to test centers in 113 countries around the world where prospective students can use their GMAT scores towards more than 6,000 management and MBA programs across 83 countries.

Speaking of scores, GMAC brought in a new option aimed at cushioning the blow of a terrible test day this summer. GMAT test-takers can now make an on-the-spot cancellation of a score (on all but the analytical writing section), given moments after sitting the exam.

Harvard Business School (HBS) announced the launch of new online education platform in March. HBX is intended to supplement the activities of the edX platform the school established with MIT Sloan in 2012.

Providing business fundamentals to a new demographic for HBS - early career professionals, undergraduates and graduates in non-business fields - was the intention behind HBX's first offering, known as CORe.

It was two celebrity connections to HBS that stood out in April. Sir Alex Ferguson, the former manager of UK football (soccer) team, Manchester United, took on a new kind of coaching role with HBS's executive education division. Ferguson signed up to impart his insights on the school's Business of Entertainment, Media and Sports program.

The course consists of three-week sessions spread over three years, which should allow Swizz Beatz the flexibility needed for his family commitments - he and Alicia Keys have just celebrated the birth of their second child together. Although, the producer did indicate back in April that he would like to stay on campus for the sessions at Harvard Business School.

May: Business education takes number one spot at master's level in US 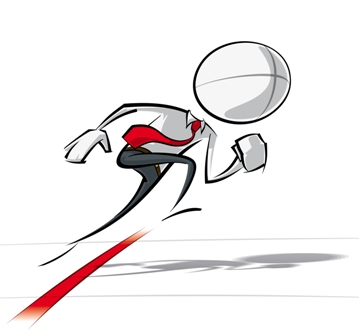 The field of business, and with it the MBA program, became the most popular area of study at master's level in the US - overtaking education in the number of degrees awarded in an extensive analysis of the academic year 2010-11, produced in May. Just over 25% from a total of roughly 750,000 degrees awarded that year were in the field of business, a share that has risen from a little over 10% back in 1971.

June: Are graduates of UK business schools prepared for the workplace?

In the UK, a report carried out by the Chartered Management Institute (CMI) and the Association of Business Schools (ABS) revealed employers' belief that graduates of UK business schools often harbor unrealistic job expectations and are poorly prepared for the workplace.

Although MBA graduates were not blamed for the report's most damning figures, they did not escape criticism and its conclusion for UK business schools was clear: "employers want business schools to do more to help their graduates to develop a business-ready mindset."

The question of whether management education  does enough to prepare MBAs for real-life management roles is the subject of the latest in TopMBA.com's faculty debate series.

In India, July brought news of government plans to expand the country's most reputable and prestigious business education institutions. As part of the first budget presentation from India's new government led by Narendra Modi, plans for six new Indian Institutes of Management (IIMs) were announced. Adding to the existing number of 13 IIMs is intended to help meet the great demand for quality business education in India, at a time when graduates of second-tier schools are finding it harder to secure MBA jobs.

One notable highlight from August came in the wake of the comedian and actor, Robin Williams' untimely passing. Business education and comedy may not seem to be the most likely bedfellows but there are many examples of its use at top business schools - in MBA teaching, student-run clubs and in faculty research.

Indeed, comedy can provide a means of encouraging MBAs to step outside their comfort zones and to see how successful comedians, such as Robin Williams, are able to win over audiences that are as diverse as any room of business stakeholders.

2014 was a year of considerable growth for business education in China, with numerous deals opening up dual degree options between business schools in China and the West.

However, in September came the news that government officials were being forced to leave executive MBA programs at business schools in China in their droves, as part of a clampdown on corruption from president, Xi Jinping. The concerns centered on fears that the networking taking place in such programs might lead to corruption or bribery.

It has since transpired that tuition fee refunds were being sought for officials forced to quit programs, something that could create an unexpected hole in resources for those business schools in China affected by the government move.

As the MBA class of 2016 got into full swing there was underwhelming news surrounding the progress made in upping the proportion of female enrollment at many of the US's top business schools.

MIT Sloan hitting the 40% mark  and the 51% achieved almost accidentally at Rutgers Business School in their respective MBA class of 2016 figures provided two of the few positive notes this year.

A continuing gender gap isn't just limited to the MBA classroom however, as attention was drawn repeatedly to the differing experiences of men and women in their professional careers.

In November, a study of two generations of MBA alumni at HBS tried to assess the underlying reasons behind the gender gap, and to help dispel the myth that a woman's main obstacle to career progression stems from her own choices with regards to having a family.

In this survey of high potential MBAs, a woman's relationship expectations - including the importance attributed to each partner's career and how their children should be cared for - often failed to match up with the reality borne out in their professional lives.

Finally, in December, a blow was struck for female MBAs when a video produced by a group of MBA students at Columbia Business School went viral on YouTube.

The video mocked the negative stereotypes that are often bestowed upon successful businesswomen in a light-hearted cover song that was put together as part of Columbia Business School’s end-of-semester student-run comedy show.

This article was originally published in December 2014 .

Where are the world's top business schools?