Preparing for the C-Suite at NUS Business School and Other Snippets | TopMBA.com

In reaction to growing demand in Asia for finance leaders with c-suite capabilities, NUS Business School is launching a new eight-month executive education program, to begin in September 2015.

The Asia Leaders in Financial Institutions (ALFI) program aims to combine faculty teaching with mentorship opportunities drawn from NUS Business School’s alumni network together with exposure to the financial hearts of cities such as Beijing, Mumbai and New York.

“Our premise is that visionary and effective leadership is built upon a broad platform, where a sound understanding of the fundamentals is supplemented with exposure to the inspirational journeys of other leaders,” said Bernard Yeung, dean at NUS Business School in a press release.

Prominent members of NUS Business School’s finance faculty currently include former central bank governors of both India and Japan in the shape of Duvvuri Subbarao and Masaaki Shirakawa respectively.

HBS on track for US$1B target

Within three months of taking its ambitious fundraising campaign into its ‘public’ phase, Harvard Business School (HBS) had made it 72% of the way towards its overall target of US$1 billion, according to a report in The Harvard Crimson.

The released figure, of US$721 million, dates until the end of June and encompasses the US$600 million raised over three years of the HBS campaign’s ‘quiet phase’ together with in excess of US$100 million from the public phase launched at the end of April that is set to continue until 2018.

“The fact that we are north of 700 is, in my mind, a great showing of strength in terms of the confidence that our alumni have in the school and the innovations that we are trying to advance with these resources,” said Nitin Nohria, Harvard Business School’s dean.

Those resources include broadening the international scope of HBS’s curricula and research as well as making provisions for financial aid. The overall target of US$1 billion represents Harvard Business School’s stake in a university-wide campaign target of US$6.5 billion, of which Harvard has already taken in US$4.5 billion. Meeting this target would make the campaign, ongoing since 2011, the largest fundraising drive in higher education, according to Harvard University.

Audencia Nantes reaches out to China

A dual degree MBA, in which students split their time equally between France and China, forms the key part of a deal struck between Audencia Nantes and the Beijing Institute of Technology (BIT).

The deal with BIT also includes an international master’s program that is 90% Beijing-based. A center has been launched to house the two schools’ co-operative activities. 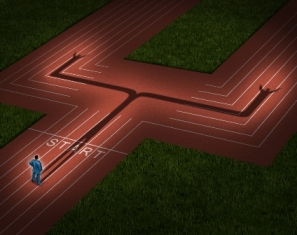 At the same time, Audencia Nantes announced a link up with Tsinghua University’s School of Continuing Education in the form of a three-year executive DBA program with a special focus on CSR (corporate social responsibility).

This deal also stretches to a six-month program, Tsinghua Prépa, designed to prepare Tsinghua University undergraduates for enrollment on Audencia Nantes’ grandes écoles master’s in management program, something which is spread over four years to allow for at least an entire year spent undergoing an internship. Audencia Nantes says it hopes to recruit about 30 students each year from Tsinghua through the preparatory program.

The news of Audencia Nantes’ MBA partnership mirrored last week’s announcement of a dual degree between Spain’s ESADE Business School and Peking University's Guanghua School of Management – an MBA program that will split students’ time between Barcelona and Beijing when it launches in September 2015.

Dual degree partnerships between East and West, such as these, have become markedly more popular in a year that has also seen IMD launch an EMBA in collaboration with Cheung Kong Graduate School of Business (CKGSB).

However, as recently as September, there were reports of government officials being forced out of EMBA programs in China amid fears that they were potential sources of corruption and nefarious networking.

Indeed, difficulties faced by multinational companies in China has led some to question whether the country’s potential is worth the perceived risks involved – although, in many ways, the concept that doing business in China requires a fundamentally different approach is the platform on which these intercontinental business school partnerships are often based.

This article was originally published in November 2014 . It was last updated in September 2019