Will a new hockey EMBA in Canada capture the interest of its intended audience this year?
Finding the right program and starting an MBA journey: Applicants & online resources

The launch of another sport-specific executive MBA degree was announced this week. A hockey EMBA is now available at northern Alberta’s Athabasca University, and will target those looking to step up into leadership positions on the business side of the (ice) hockey game.

The hockey EMBA is the brainchild of NHL player agent, Ritch Winter, who sought the help of Brian Burke in helping bringing the idea to fruition at Athabasca. A former general manager of the US national team and now attached to the Calgary Flames, Burke also holds a JD degree from Harvard.

“Wayne Gretzky, Bobby Orr and Dominik Hasek didn’t play their positions like anyone else ever did, but they changed their positions forever. How do we find that guy for management?,” Winter asked Sportsnet in explaining the EMBA program’s rationale.

Athabasca University specializes in online learning and has offered an online EMBA since 1994. The hockey EMBA, designed to meet the industry’s specific needs, will also be fully online.

The program will tackle some of the MBA’s cornerstone courses in its first phase before moving on to hockey-themed material produced in collaboration with members of the Business of Hockey Institute (BHI). Its first cohort will be limited to 32 students and the opening face-off has been set for May. 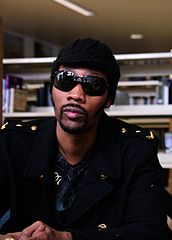 An auction house cofounded by Harvard MBA graduate, Aditya Julka, has been chosen to sell the solitary copy of the Wu-Tang Clan’s secret double album.

Paddle8 launched as an online marketplace for art and design collectors in 2011, two years after Julka graduated as a Baker Scholar from the Harvard MBA. It has since secured funding from investors in Uber and Buzzfeed, and sold artworks by Damien Hirst.

News broke last year that hip-hop outfit, the Wu-Tang Clan was to release just one copy of an album dubbed, The Wu – Once Upon A Time In Shaolin. The stated goal behind the decision is to reclaim music’s value as an art form:

“The music industry is in crisis. Creativity has become disposable and value has been stripped out,” reads the project’s edict.

As such, Paddle8 will treat the album’s sale as it would a one-off work of art. It will be a private sale, rather than an open auction format, meaning that the Wu-Tang Clan will be able to select an offer they find suitable.

With reports suggesting the Wu-Tang’s RZA has already received offers as high as US$5 million, it’s anyone’s guess as to what the record might fetch when finally put up for sale.

A new update to the anticorruption drive that saw government officials forced out of EMBA programs at business schools in China comes from the Wall Street Journal.

It estimates that the Communist Party’s concerns over the networking elements of EMBA programs resulted in business schools in China losing between 15 and 30% of their intakes this year.

The country’s EMBA programs have spiked in popularity, and according to the report, tripled in price since 2002 – a rise that could be set to end in the wake of the government crackdown.

“Relationships are the most important thing in Chinese businesses, so people are eager to build relationships in small trusted circles,” a Fudan University finance professor said.

With authorities now said to be questioning the potential for corruption in interactions between government officials and business people, business schools in China may find that the appeal of its EMBA programs has lost some of its sheen.

“Chinese business schools were too reliant on EMBAs. Now we have to adjust to the new normal,” Shanghai Advanced Institute of Finance’s executive dean, Chun Chang, told the Wall Street Journal.

And in other news….

The University of Virginia Darden School of Business has named Scott C. Beardsley as its new dean. Beardsley is currently a senior partner at McKinsey, where he has been heading the company’s leadership development, and will take up the reins at Darden in August.

Darden’s new dean is also an MBA alumnus of MIT Sloan and is expected to complete an executive doctorate in higher education management at the University of Pennsylvania this May.

Jack Ma, founder of the Alibaba Group, is planning to open a school of entrepreneurship in Hangzhou. At the start of last year Chinese authorities shut down a number of private members' clubs in Hangzhou’s West Lake Scenic Park, according to Want China Times.

One of them, Jiangnan Club, was formed by Jack Ma – and since its closure he has been working on transforming it into Lakeside University, with free entrepreneurship classes set to be open to the public from mid-March.

The MBA challenge portion of this year’s Operation Santa Claus – an annual fundraising event in Hong Kong, has raised a total of HK$767,000 (c. US$100k). You can read about what one of the teams – from CUHK Business School – got up to on the event’s behalf here.

This article was originally published in January 2015 .