What Do MBA Applicants Need to Know About Language Tests? | TopMBA.com

What Do MBA Applicants Need to Know About Language Tests?

Guest blogger, Mary Petersen says you should always check the website of the institution you are applying to in order to find out which language tests they accept

Here is a list of the most common English-language proficiency tests – unfortunately, not all are accepted by all MBA programs around the world: 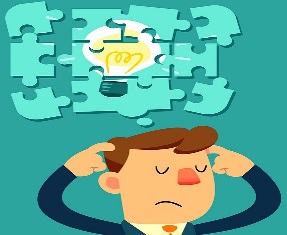 Confused? Let’s put this into some kind of perspective.

1. Why do I need to prove my English-language proficiency?

All international universities and business schools require some form of ‘official’ document proving your capability to follow and participate in their program. Be wary of any international program which states that a language certificate is unnecessary. The exception is if a program offers a language course before the program commences. Nevertheless, even here, there is no assurance that the level of these participants will equal those of the rest of the group by the end of the course. However, some MBA admissions officers will concede that if you can attain a good score on the GMAT, which is in English, it is proof enough of your English-language skills.

The EU established a norm for language levels in 2007 named CEFR (Common European Framework of Reference for Languages). This framework is to be used for every ‘official’ test taken in every European language.

There is a scale of six levels – A1, A2, B1, B2, C1, and C2 – and any test you take in Europe will place you into one of these levels. The test may also show that you are higher up the scale in one area (e.g. reading) than in another (e.g. writing). MBA admissions officers are looking for a minimum level of B2 (upper intermediate), although this will vary according to the school – top schools can expect a C1 or even C2 in all parts of the test.

The results of ALL language tests are valid for two years. Think about it: If you have just come back from living in an English-speaking environment, your language proficiency will be much higher than after two years in which you seldom spoke the language, if at all, and vice versa.

3. Which language test should I take?

Some years ago, that would have been an easy question to answer: TOEFL (Test of English as a Foreign Language), but the UK has been very active in creating competition for the TOEFL, which originates in the US. Always check the website of the institution you are applying to in order to find out which test(s) they accept. There are now a good handful of commonly used and popular language tests.

Check first: if you are applying to schools in the UK, or those based in most Commonwealth countries and European countries, the IELTS, and usually the TOEFL iBT (and sometimes its variants) are always accepted as, for example, is the case at Saïd Business School. Some Australian MBA programs only accept IELTS and, in Canada, IELTS is becoming acceptable to most business schools in lieu of TOEFL. London Business School, Alliance Manchester and Imperial College are among those which accept all UK tests and, on the continent IE, Bocconi and RSM Erasmus take most.

If you are applying to MBA programs in the US or in other parts of the world, TOEFL iBT may be preferred but IELTS and other tests may also be accepted. Research the language test requirements for the schools you are planning to apply to before preparing for and taking the test. Why do two language tests when one, which is accepted by all your chosen schools, would suffice?

A closer look at language tests used by MBA programs 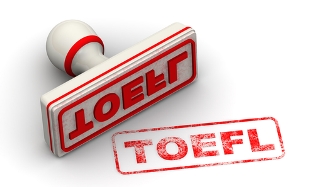 TOEFL iBT (Internet-based Test) was created by ETS (Educational Testing Service, Princeton, USA) and is the official TOEFL test for European and other Western countries. In countries where access to the internet is difficult or not possible the TOEFL PBT (the old paper-based test) is accepted. A third test, TOEFL ITP (Institutional Testing Program), is similar to the paper-based test but is designed for universities and institutions to test their students’ English proficiency. Having said that, I remember administering the test to someone applying to a Mexican university, so it depends on the country and institution involved. The TOEFL CBT (Computer-based Test) is now obsolete.

TOEFL iBT is purely academic: The reading section tests ‘speed-reading’ skills on general academic topics. The listening section tests your skills on notetaking in academic lectures and prioritizing information. The speaking section is a variety of summarizing information and giving opinions and the writing section is divided into two parts: Comparing a lecture and a written script followed by an independent essay. The test lasts four hours and is scored out of 120. It is the most rigorous test and therefore, demands sufficient preparation. Top MBA schools will generally require a score of at least 80–100.

TOEIC (Test of English for International Communication) is the ‘sister’ of the TOEFL and is aimed at people applying for positions in English-speaking companies. Because it is business-orientated, it is now accepted by some business schools – INSEAD, HEC Paris and ESMT Berlin being among them. The test can be taken in one or two sittings: Listening and reading (multiple choice paper-and-pencil, two hours in length and scored out of 990 points) and speaking and writing (computer-based, 80 minutes and scored out of 400 points). It can be compared to an ‘international placement test’. As with the TOEFL, there is no ‘pass’ or ‘fail’ result, but you will need a score of at least 800 to get into a top business school. 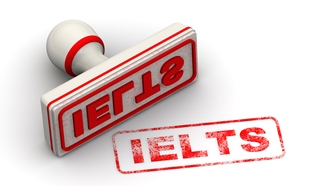 IELTS (International English Language Training System) was created by the British Council and Cambridge English Language Assessment. MBA applicants should be careful when registering for this test as there are two versions. While IELTS General Training was created to test the language proficiency for immigration acceptance and work in the UK and Commonwealth countries, IELTS Academic reflects some of the features of language used in academic study and this is the one you should prepare and register for.

Both formats of the test are divided into four parts: Reading, writing, listening and speaking. The listening and speaking tests are exactly the same in the Academic and General Training modules but the reading and writing tests are different. The test lasts 2 hours and 45 minutes, with scores given in bands numbered from one to nine, in which Band 9 is the approximate equivalent of CEFR’s C2 level).

CAE (Cambridge Advanced English) and CPE (Cambridge Proficiency English) were created by Cambridge Language Assessment. You would need to take individual tests to establish your level here, unlike with the IELTS and TOEFL. Both can be taken either as a computer-based or paper-based test and take about four hours to complete. However, while CAE measures C1 (CEFR level) on a score scale of 180–200, CPE measures to C2 (CEFR level), on a score scale of 200–230. The tests are more general and business-orientated than the TOEFL. Cambridge English Language Assessment has also brought out a number of other tests: FCE (First Certificate English), BEC Vantage (Business English Certificate), BEC Higher, etc.

PTE Academic (Pearson Test of English) and PTE General test all four language skills. Similar to the TOEFL iBT, questions often test two skills together, such as listening and reading or reading and speaking. The whole test is done in a single session lasting three hours and is computer-based in a secure test environment. Also, like the TOEFL iBT, the speaking section is done at a computer and your voice is recorded for marking. PTE Academic is scored against the Global Scale of English - a granular score scale from 10-90. Students receive an overall score on this scale.

ECCE (Examination for the Certificate of Competency in English) was initiated by the University of Michigan and the Hellenic American Union in 1992 and is now administered by CaMLA (Cambridge Michigan Language Assessments). Although it is officially recognized by organizations and institutions in countries such as Greece, Brazil and Colombia to B2 level, it is not recognized in all countries. It can be used for academic and professional purposes that require language competence certification to this level. It lasts about 2 hours and 45 minutes and tests all four aspects of language skill and grammar. The band scores for a pass range from 650–1000, while any score below 650 is usually a fail.

Trinity’s ISE (Integrated Skills in English) was created by Trinity College London and may be accepted by some MBA programs, but always crosscheck that it can be used in all your applications. Different levels of this test correspond to different CEFR levels - ISE IV = C2; ISE III = C1; ISE II = B2, etc. If you decide on this test, note that the ISE IV has a different format. Each consists of two modules ('Reading & Writing' - 2 hours; and 'Speaking & Listening' – 13-25 minutes, depending on the test level) and for each of the tests there are three certificates (assuming you pass!): Distinction, merit or pass.

For a comparison of language tests and which CEFR levels they cover, click here. There are, of course, other tests which are accepted locally, but I would recommend sticking with one of the mainstream tests.

This article was originally published in January 2017 . It was last updated in February 2021

Where are the world's best business schools for a full-time MBA?