Taking the Leap: How an MBA Allowed a Photographer to Break into Business | TopMBA.com

Taking the Leap: How an MBA Allowed a Photographer to Break into Business

Taking the Leap: How an MBA Allowed a Photographer to Break into Business main image

MBA programs naturally attract many applicants from a ‘traditional’ business background, those with undergraduate degrees in business and a few years of experience in the field for example.

However, this doesn’t mean that candidates with more unique or niche backgrounds won’t get accepted into b-school and have a successful career in business.

Steve Duttine is a perfect example of this.

From the creative field to business 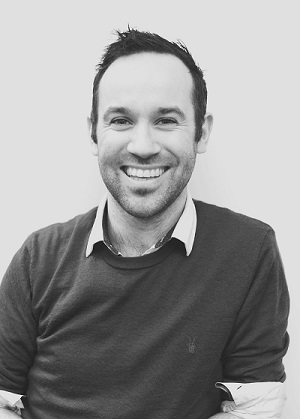 In 2015, Steve was splitting his time between the creative and business fields by working as a part-time independent photographer and as a consultant for his parents’ Yorkshire-based industrial property company.

A year later, he graduated with an MBA and a High Potential Award from Cass Business School, kick-starting his career in the business world.

Steve said: “I was getting to my late 20s. Half of the week I was a photographer in London, and the rest of the time I was putting on a suit and going up to Leeds. I realized I was building this strange CV where the two jobs didn’t really complement each other. I almost had a dual curriculum.”

In 2013, a fire tragically burned down his parents’ factory and Steve, who was in the US for work, decided to come back to the UK and spend the rest of the year helping his family with the rebuilding process. During those months, he had the opportunity to work in lease negotiations and financial management, which made him realize he possessed a true flair for business.

He said: “I decided to go to a careers advisor, not really knowing what I was wanting to do. I quickly decided an MBA was a way of formalizing some of the experiences I’d had with lease negotiations and investments. I was a photographer, but also handy with numbers.”

After successfully taking the GMAT and applying to a few schools in London and the EU, Steve chose Cass Business School’s full-time MBA program.

He said: “Cass was my first choice. I’ve been to a couple of schools where it felt like you were very much in competition with the other candidates. Cass seemed much more relaxed and had people from varied backgrounds.

“Not everyone had been in consulting or banking, but we all shared a common thread - our careers weren’t quite where we wanted them to be and something needed to change. I think what attracted me to Cass was the honesty of the environment.”

During his one-year MBA program, Steve had the opportunity to develop his entrepreneurial skills and travel the world, from the US to the Middle East, to meet like-minded business leaders, an experience that he remembers fondly as formative and inspiring.

He said: “I felt like my affinity was in entrepreneurship, as I’d seen my parents build a business. I also felt that that was where my skillset lay, having a background in the creative field but also exposure to investments. Entrepreneurship seemed to marry those things and champion people who, like me, had more general skills.”

Making it in the business world

Since 2017, Steve has been working at TribeFirst, a crowdfunding support agency for startups and seed-stage companies with business potential, where he was recently promoted as managing director.

Over the past three years, Steve says he’s helped companies from a wide range of sectors – from vertical office farming to remote sports and healthcare – find investors and get their foot in the business door, which he considers an extremely rewarding job.

While the crowdfunding industry is relatively new and has only boomed in recent years, Steve says the team at TribeFirst has “never been busier”.

He said: “We’ve now got more companies and clients on board than ever. I think after the first month [of UK lockdown] there was a realization within a lot of companies that the next six months were going to be tough and that they needed to raise some money.”

Steve and his team are currently exploring the possibility of setting up a fund of their own to specialize in popular business fields, as the demand for new types of investments continues to grow across the industry.

He said: “If coronavirus had happened last year, I think we’d have been in much more serious trouble. Now we’re still figuring a lot of things out, but it’s looking pretty positive. I’m feeling optimistic about the future.”

This article was originally published in July 2020 .

Why You Still Need a College Degree

Top 10 Business Schools for Getting a Top-Tier Job

What Career Can I Have With an MBA?