A skimming of Alejandro (Alex) Parilli's resume will take the viewer on a veritable cross-continental expedition, beginning at home in Venezuela, where he graduated as a mechanical engineer and got his first job, to his first international post in Kentucky, in the US. His career path follows a triangular trajectory that covers the Americas and Europe, and joining the dots on this route map has been a series of jobs that escalate in responsibility as he journeys and climbs.

Changing job functions is acknowledged to be an excellent way in which to progress a career. One recent study, for example, showed that a single job switch can be equated to the sum of three years' work experience. Parilli, however, explains that there's a point where progression seems to reach a plateau. "As I got to more senior positions, I started to realize that some of my expertise in certain areas, such as finance, strategy and organizational behaviors, was either coming from 'tribal' knowledge, or years of experience, but never a formal education."

Parilli, by this point, was successfully leading a team of contract management specialists for British Petroleum (BP). With 13 years' experience logged, he decided that an executive MBA (EMBA) would be a natural next step, a means by which he could plug gaps in knowledge, and a way in which he could drive his career forward. 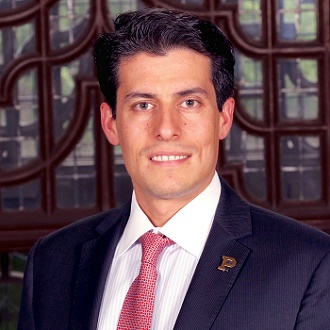 The accolades Parilli bestows on Purdue University's Krannert School of Management are very much heartfelt. Parilli did not simply go from deciding on an executive MBA to summarily taking the plunge – he carefully mulled his options. Two whole years passed between Parilli's initial contact with Krannert's director for executive programs and his final enrollment on the EMBA course.

A number of factors finally convinced Parilli that Purdue’s Krannert School was right for him. Prime among them was the school's integrated teaching of business concepts within a STEM context, a combination that would draw on his engineering background and existing work experience.

Parilli then opted for the IMM Global Executive MBA program, a course offered by a consortium of five business schools spread across four continents, including Purdue’s Krannert. The EMBA program combines distance learning with five international two-week residencies, and would ultimately earned Parilli two accredited MBAs, one from Purdue’s Krannert School and the other from TIAS School for Business and Society in the Netherlands.

The program's flexibility would also allow Parilli to balance working full time at BP alongside taking care of his young family.

Part of the mulling process for any person considering an EMBA is, 'how am I going to fund this?' The program most definitely does not come cheap. Parilli very astutely put forward a business case for employer sponsorship. "I explained in clear detail how the qualification would benefit my department and the organization as a whole, and got partial employer sponsorship as a result."

Even more impressive was something that happened halfway through Parilli’s executive MBA. He changed employers and cities with young children in tow, and managed to convince his new company to sponsor him too. Parilli negotiated a reimbursement of the employer sponsorship fees from his new company Tesoro to BP. "That was the ethical thing to do (to pay back the sponsor if I wasn't staying with them). The only downside was that I had to prepare and present another business case, but it was ok ... I had already learned how to 'tell the story'."

Being close to family is a central driver for most of us and this, Parilli admits, was one of the larger challenges he faced during the executive MBA. "I had to be away from my young children five times in two years, two weeks at a time, leaving full responsibility on my wife's shoulders." The two-week international residencies also meant utilizing vacation allowances, and assignments and study could quite conceivably bleed into weekend time.

The schedule, Parilli says, was tough. "I did not put my career on hold or slow down at work, and I continued to deliver on quality, obtaining good performance ratings, and even applying for promotion and switching jobs."

Parilli comes across as a reflected doer, a meticulous planner, with goals set out clear and ducks in a row. The sacrifices, if he could call them that, were clear, but he says, "...after some reflection, it was also an opportunity for us to grow as a family."

A 'return on investment', is one of the first things the large majority of candidates will evaluate prior to deciding whether to follow through on their interest in an executive MBA. Parilli had performed his calculations very carefully; "little over one year after graduation, I can say that I recovered all that I had (personally) invested." He also explains that the company received its return on investment as well – the results of his work – and this also paid back their employer sponsorship costs within the same period.

In terms of professional skills learned, Parilli states that the Krannert School’s global EMBA made him a more effective decision maker, resulting in cost saving and better business improvement measures. He developed soft skills that would help him to lead others more effectively, motivate, and work around the diverse needs of his team. He honed his strategic thinking and implemented the problem-solving techniques he had learned throughout his EMBA. "What is learned, stays for life," he says, "and colleagues and direct reports also benefit from the knowledge. The Krannert School's Global Executive MBA is a hidden gem," he concludes.

Is Now the Right Time to Study an Executive MBA?

Is an EMBA the Best MBA for Executives?

How to Choose the Right MBA Program For You

5 Benefits of an EMBA to Your Employer

5 Benefits of an EMBA to Your Employer