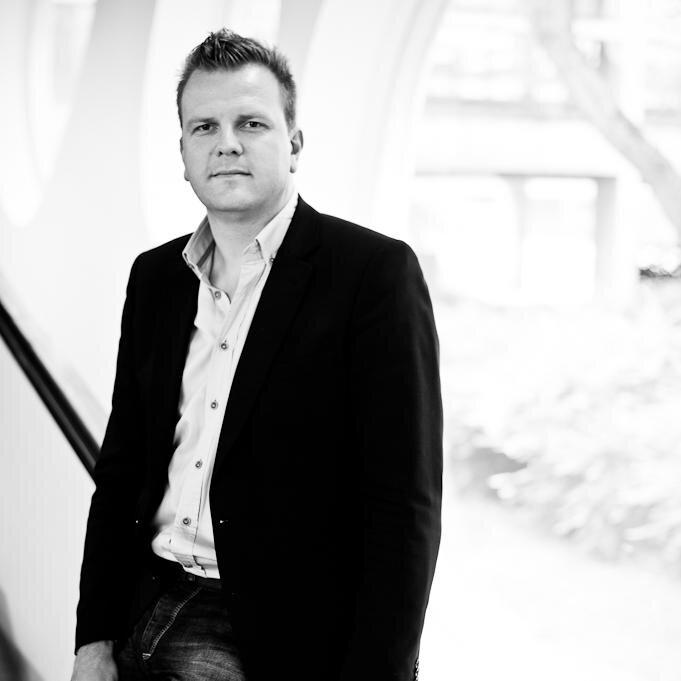 Bart Van der Roost is the CEO and founder of tech startup neoScores – a digital sheet music reader which provides an economical and green substitute to paper sheet music. Bart is not a traditional EMBA student. He comes from a very creative background, formerly serving as a production leader at the prestigious Brussels Philharmonic Orchestra before deciding to pursue an EMBA at Vlerick Business School to improve his management skills.

Although Bart initially struggled transitioning from his musical background to the world of business, he ultimately channeled his creative talents into launching one of the most promising tech startups in the world of music.

We asked him to tell something about his experiences…

Where did the idea for neoScores come from?

neoScores was born out of frustration. The three founders of neoScores are musicians and we found it very strange that, even in 2009 when we started this venture, there had been no progress in terms of sheet music for a very long time. We thought that Amazon, Apple or Google would create digital sheet music for music professionals eventually, but they did not. So we decided to take matters in our own hands and create a kind of iTunes for sheet music. All musicians feel that sheet music is caught up in such an analogue and old-school world – they want their sheet music to be updated and modern.

What functions does neoScores have?

When people move from analogue consumption to digital, quite often they just convert content to pdf. But we’re trying to do more than that with neoScores. neoScores can playback what you’re playing, it lets you listen to the piece before you have to play it yourself, you can compose and annotate on the spot and you can share your annotations with other people. Before neoScores, a digital piece of sheet music was just a .pdf, but we make it interactive, digital, and easy to use on whatever device you’re using – including smartphones, laptops, smart TVs or tablets.

How did your executive MBA from Vlerick Business School help you with starting the business?

The EMBA at Vlerick Business Schoolhas been very important for me. I worked at the Brussels Philharmonic as a production leader and all of a sudden found that I was managing budgets and managing people. I’m a musician by trade and did not have experience in a managerial role. I wanted to grow into the company and be general manager of the company one day – so that is why I initially pursued an EMBA.

But then, while studying an EMBA, I decided I wanted to make a business plan for my tech startup. By doing so, I was able to gain more entrepreneurial skills and felt so enthusiastic about my idea that I quit my job altogether and went forward with neoScores! The one thing that an EMBA really does is stuff you up to the brim with information on how to make a company work.

How did you find studying an EMBA coming from a creative background?

Truthfully? I would recommend not to do it if you’re not 100% sure it’s what you want to do. It’s an attack on your private life, it’s an attack on who you are and it’s damn hard. Now, in the end, I am of course very happy with it and satisfied with the course. But it’s something you have to be extremely sure of before pursuing.

I had no life for two years and that’s really bad for a man like me; I like to go out and go to bars and restaurants but I had to put that on hold for two years. Now that it’s over and done with I find of course that I know a lot. But the key value of the degree was that I learned a lot about people.

Because I came from a creative background I was initially convinced that I would be the only one who would be able to do the job with passion because music is such a passionate pursuit. I felt empowered and impassioned for what I was doing and I just couldn’t imagine how a banker, for instance, could feel the same way. But this is something I learned – people are passionate about every aspect of business. An EMBA brings talented, passionate people together from broad and diverse backgrounds. I realized we can all work well with each other and that’s something I really take away from the course. I made friends for life and I never put people in certain boxes now – I learn about them, who they are and what they’re passionate about.

What is the best part of running your own business?

Freedom. You decide everything on your own and that’s a good thing – but the good parts of running a business are immediately followed by the bad things; I don’t sleep well anymore because I have to think about paying people salaries and so on and so forth.

However, I think if you’re launching a business purely for the money; you’re not doing it right. We created the tech startup because we think the product is addressing a first-world problem that needs to be solved. The reward for me is hearing people say they like our product and that it is helping them. In the end, if ever we go public, that will be a great day. But the goal for me each day is to feel that we’re doing something that could alter people’s lives – that’s what drives me.

What did you enjoy most about studying an EMBA?

The sheer pleasure of trying to understand something I have never come across before! I hold a master’s in music and am very skilled in music history, but I never had to learn about economics in my life. So when the professor came in to my first economics lecture and said, “I presume everyone is well aware with the basics of economics,” and promptly skimmed past the micro part of the economics course and onto the macro - that was very difficult for me!

But in the end, learning how economics worked and sitting the exam was very uplifting to me, because I was actually rather good at it. Realizing my maximum potential, and realizing that I can do things that I had never considered before is an amazing feeling. It’s one of the great benefits of an EMBA.

How do you see neoScores progressing?

What advice do you have for any budding entrepreneurs?

Just do it. Stop waiting for it to happen and go out there and do it. No one can look into the future. If you have an idea, try it out, go out in the world and make it happen. In hindsight, I took enormous risks with neoScores; I quit the job of my dreams.

But in the end I left because there is always something better out there waiting for you. If you don’t try, you do not know what will happen. Go out there and do it. Build stuff, break stuff. I think it was Mark Zuckerberg who once said; “Move fast and break stuff.”

That’s my advice too.

This article was originally published in September 2015 . It was last updated in February 2021