The curriculum and teaching history of the international MBA

In the first part of our international MBA history, the qualification’s progress was traced from the foundations of business education and the launch of the world’s first MBA program all the way up until its status today, 105 years later, as a degree sought-after by employers across the globe.

This second part considers the changes that have taken place to MBA curriculum and teaching methods in that time, taking in key turning points when approaches to business education generated the kind of debate that was to influence the MBA curriculum thereafter.

Following its establishment in 1908 at Harvard Business School, the MBA curriculum in its early years took on the academic format of a standard two-year postgraduate degree with most of the first MBA students enrolling right after completing their undergraduate degree.

Even a cursory glance at this last sentence indicates just how much has changed when it comes to MBA admissions criteria in terms of expected work experience on enrolment. But, one early innovation that has stood the test of time is Harvard Business School making the case study method its primary method of teaching in 1924. Indeed, before Canada’s Richard Ivey School of Business became the first non-US school to offer the degree, it conducted research designed to assess how best to structure its MBA curriculum, with Harvard’s case study method coming out on top.

Peter Drucker marks decade of reflection in the 1950s 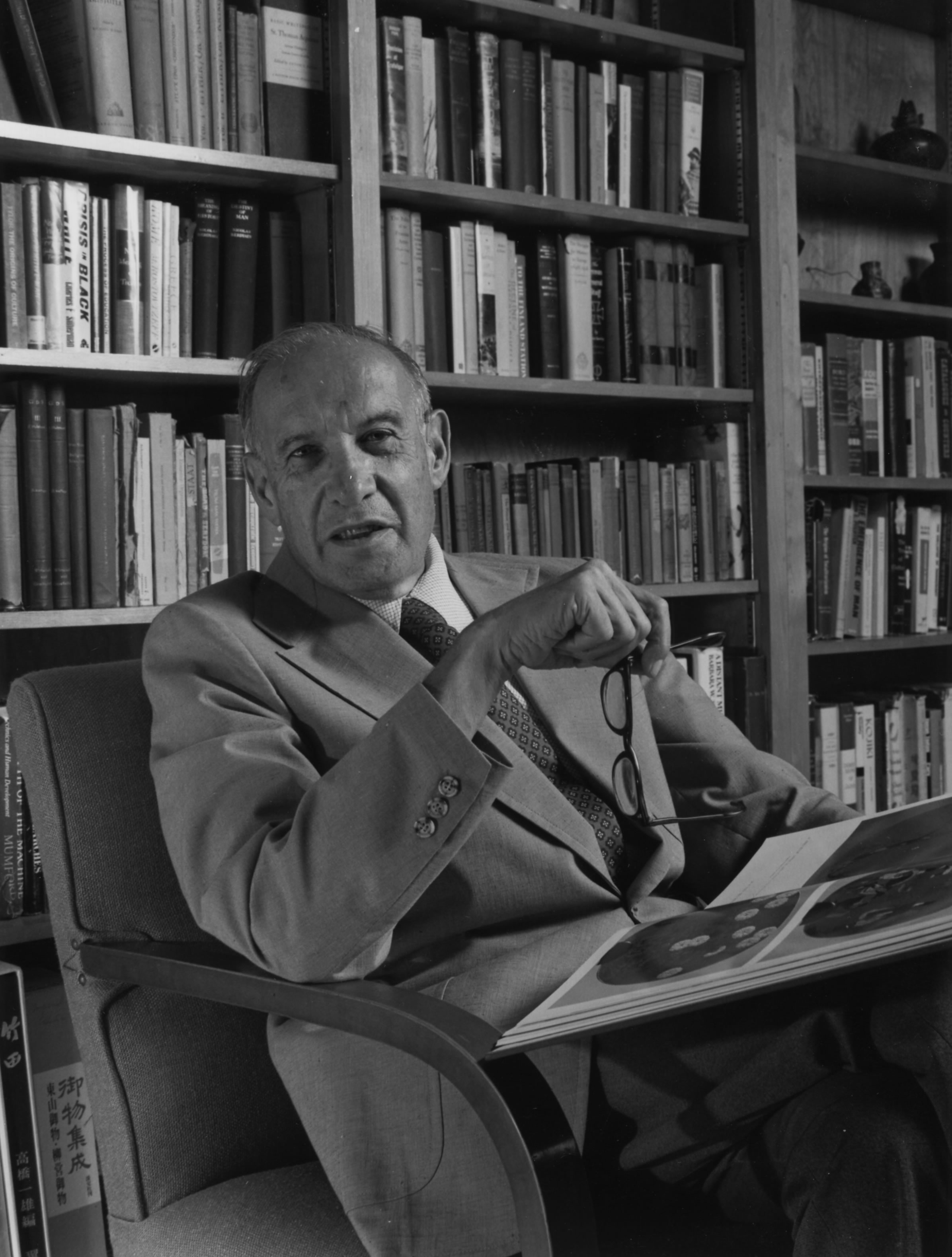 Peter Drucker is still widely regarded as a giant of management thinking, with a legacy of directly influencing company practice at an international level. As a writer, he produced several landmark texts, including 1954’s The Practice of Management and 1973’s Management: Tasks, Responsibilities, Practices which, in a sign of its longevity, was later to become the inspiration behind a book, anime series and film in Japan, commonly translated as What If the Female Manager of a High-School Baseball Team Read Drucker’s Management.

However, before either of these texts, in 1950 Peter Drucker is widely thought to have taken to heart an overheard comment made by the Harvard economist, Joseph Schumpeter, where Schumpeter proclaimed; “I know that it is not enough to be remembered for books and theories. One does not make a difference unless it is a difference in people’s lives.”

In that same year, Peter Drucker wrote a critique of business schools in 1950 for Fortune magazine, entitled ‘The Graduate Business School’. Key among his points was the suggestion that MBA programs at that time were creating ‘crown princes’ – people earmarked for  the upper echelons of business but who held little grasp of the realities that would await them once there. 1950 also marked the start of his twenty-year tenure as a professor at New York University's Graduate School of Business (although these days his name his immortalized by way of the Peter F. Drucker and Masatoshi Ito Graduate School of Management, Claremont Graduate University.)

At the end of the 1950s, the publication of two US reports brought the type of analysis highlighted by Peter Drucker to the very forefront of business education. 1959’s reports commissioned by the Ford Foundation and the Carnegie Foundation criticized the standard US MBA curriculum not only for its lack of relevance to real-life business, but also for its lackadaisical approach to research, arguing that many faculty members were carrying out so little research that they fell more out of touch with their fields each year.

It was these two reports that quickly resonated with US business schools, setting in motion reassessments of the MBA curriculum across the country. Ultimately, this led to the now archetypal US MBA curriculum model: that of a two-year course, beginning with a year of management essentials and a second year reserved for electives and options that would later develop into MBA specializations. It also signaled a concerted move on the part of US business schools to redouble their academic research efforts.

The view from Europe…

It was around this time, at the turn of the 1960s, that MBA programs got going in Europe. Most schools chose to follow the US example closely, particularly that of Harvard Business School.

However, not all institutions in Europe copied the American model. INSEAD, Henley and IMD are all schools that were founded by groups of companies wishing to provide management training, rather than through universities seeking to expand into a growing discipline. Meanwhile, in France, local and regional chambers of commerce played a critical part in helping to establish the country’s business schools and have been a source of continual funding support. Although, in the wake of the European debt crisis, the government has most recently been trying to scale back its allocated spending in this regard.

The next major turning point for the MBA curriculum came in the 1990s, as the modernization of business again led to criticisms, particularly in the US, that business schools were divorced from reality. Plus, whereas before they were attacked for insufficient academic vigor, this time they were attacked for being too focused on academia and theoretical work.

The situation was exacerbated in the US by the realization that the competition from leading European schools held the distinct advantage of having closer links with a wider variety of industries based purely on proximity and indeed, being more naturally disposed to an international outlook. 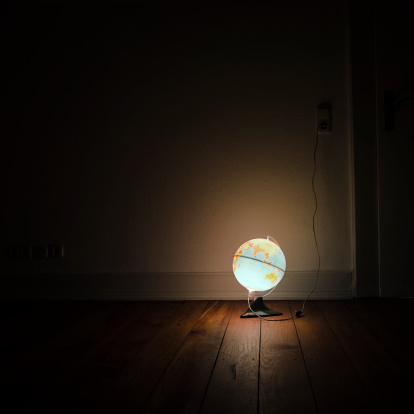 For, business itself was going global and many schools who wanted to stay on top of the international markets that were unfolding began to acknowledge this by increasing their emphasis on offering what would be an international MBA qualification – i.e. one that would allow their graduates to develop a global perspective.

In addition, companies were by now demanding managers who held more than quantitative and analytical qualities. They wanted employees with a wider skillset that encompassed soft skills such as communication and leadership qualities.

Therefore, around this time there was a notable shift in the MBA curriculum of many leading business schools, regardless of their location, for myriad reasons.

Programs became more international in their outlook and were widened to try and introduce the soft skills that employers were seeking. Plus, greater care was taken to ensure that a practical approach to the various management functions on offer to graduates was adopted. In this respect, what was started in the 1990s continues to this very day with many schools actively reassessing their teaching methods in relation to soft skills and experiential learning.

Since the start of the twenty-first century, the number of MBA specializations available at business school has grown to the point where few programs remain without an encouragement to delve into one area in particular.

Part of this trend is linked to students having a very clear idea of the MBA career they wish to pursue on graduation. Industry employers, for their part, are only too happy with initiatives that should help them to recruit ideal candidates or provide greater training to those already working within their sector.

There has also been a growing commitment to make use of technological advancements, such as online learning, to ease the pressure on an MBA students’ class-time learning. However, what effect the recent introduction of MOOCs (massive online open courses) at schools such as Wharton and Grenoble Graduate School of Business remains to be seen.

Online learning certainly has the potential for schools to expand their network of prospective MBAs overseas. This can be linked to another major trend – one which has seen further attention turn to international MBA programs over the past ten years. Adding to a global outlook within curricula and creating opportunities for overseas travel within MBA programs has been a factor among both western schools – eager to help their students benefit from the continuing expansion among emerging markets – and leading schools within these markets who are now building international reputations of their own. Indeed, partnerships between business schools across continents are also a well-established feature of business education today – showing just how far the MBA program has come since its establishment more than one hundred years ago.

This article was originally published in November 2013 . It was last updated in July 2019