How did Pierre-Hugues Aiello stand out from the crowd to win the the QS Leadership Scholarship?

Each year, as part of its scholarship scheme, QS awards an MBA student who has demonstrated exceptional leadership US$10,000 to put towards their studies. The lucky – but deserving – recipient this year was Pierre-Hugues Aiello from France.

While it is certainly commendable to take part in socially responsible activities outside of one’s work environment, it is perhaps even more important that those who lead act responsibly in the workplace. It is for this reason that Pierre-Hugues Aiello has been awarded with the QS Leadership Scholarship, worth US$10,000, to put towards his MBA studies at London Business School. 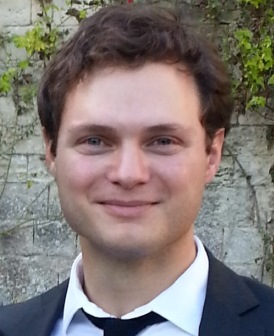 Pierre-Hugues worked in the healthcare industry, in a company specializing in cardiac medical devices. One day, he received a large order from a Greek physician who wanted to conduct off-label research (using a product to treat a condition for which it was not initially designed) to see whether a product designed by Pierre-Hugues’ company for cardiac pathologies could be used to treat conditions in patients’ brain arteries. It became a classic people versus profit question, as to use this medicine in such a way would be to take a considerable risk. A sale, however, would see Pierre-Hugues easily meet his targets. Were the product in question to fail commercially, it would be nothing less than disastrous for the company. Despite this, Pierre-Hugues’ superiors were keen for the sale to go ahead.

While the rationale was understandable, he still believed that the decision would not be ethically sound, so stood his ground, and was then given two months by his managers to find an alternative revenue generator. “Working in the healthcare industry, it is sometimes extremely difficult to understand the real impact of our business on patients,” he reflects. “Most of the time we deal with numbers, trends, and financial departments of purchasing groups and we might sometimes forget why we are part of this business – to help people. As such, before making any decision, I always ask myself ‘if someone in my family was the patient receiving the product, would I proceed?’ In this case the answer was clearly no. This is why I decided to take the risk to reject the order. I was not at all confident of success, but I had to try.”

He assembled a crack team of senior sales managers from seven countries to work aside neurologists to build a safer study. However, leadership is more complex than simply assembling talent. Indeed, very soon, serious tensions arose – some serious enough that team members stopped talking to each other, due to Pierre-Hugues’ failure to consider different work styles and areas of expertise.

This led him to reassess the situation. He reestablished dialogue by asking each team member to present their vision of the project, and then put together a new plan with the input of everyone involved. While doing this, he discovered that the team possessed strengths of which he wasn’t aware – study safety-testing and data analysis for instance – which he could leverage to ensure the project’s success. And success was the ultimate reward. Within the agreed timeframe they established a counter proposal, which met with approval from his managers and the physician, as well as meeting an unmet need in neurology in the process!

“This project was a fantastic experience and changed my vision of leadership a lot. Let’s be honest, I almost failed. I made the huge mistake to think that having a nice plan, regardless of the team I built, was the key to succeed. I quickly realized that having the team involved, excited, and 100% committed was much more important. Dealing with the human factor, sharing my vision, and making the team believe in what I believed was the most challenging part, but it made the difference. Since then, I am convinced that true leadership is the capacity to have people following you because they want to, not because they have to.”

This article was originally published in May 2016 . It was last updated in July 2016