Oxford or Cambridge - which MBA is right for you?
Take a look at the complete MBA ranking

The universities of Oxford and Cambridge are two of the most elite institutions in the world. The MBA courses at their respective business schools, Oxford Saïd and Cambridge Judge, are among the world’s most coveted.

Both institutions figure prominently in the majority of business school rankings - but how do their MBA courses differ?

“Dominus illuminatio mea” - The Lord is my light

‘The city of dreaming spires’ is home to Oxford University - the oldest institution in the English speaking world; the birthplace of the real Alice in Wonderland, and the home of more published writers per square mile than anywhere else in the world.

Cambridge is home to the world’s third-oldest surviving university and harbors healthy competition with Oxford. The city is the UK’s capital of punting, the home of Pink Floyd, and the birthplace of soccer as it’s played today.

According to the QS World University Rankings: Global MBA Rankings 2020, the latest QS MBA ranking which analyzes the world’s top business schools - both institutions are in the top 20 in the world. Cambridge Judge ranks 15th, while Cambridge Judge comes in at 16th.

For the MBA class of 2019, the median GMAT of students was 690 and participants had an average of five years of work experience. By far the most popular employment background of applicants is financial services.

For the MBA class of 2018, the average GMAT score was 693 and students had an average of six years of work experience. The most popular employment background of applicants is industry at 46 percent.

313 MBAs were admitted to the 2020 class with an average age of 29. Of the class, 93 percent are international students and 39 percent are female.

In the 2020 class, 206 students joined Cambridge Judge. Of the class, 36 percent are female and 51 different nationalities are represented.

The course begins with a two-week residential program, designed to introduce students to the course and life at the school. The launch period will introduce students to soft skills training and the beginnings of the fundamental skills they’ll need on the course. It also includes a one-day workshop with a guest speaker to introduce each year’s GOTO topic (Global Opportunities and Threats).

The summer term is comprised of three options: A six-week strategic consulting project, summer electives or an internship for at least six weeks. The course ends with a final session of lectures, workshops and celebrations.

The program commences with a two-week orientation, including pre-term courses. Each term results in a learning milestone being reached. It consists of four practical projects and two team projects.

The first term focuses on foundation studies, using analytical tools and problem framing. The second term focuses on decision-making in Business Models. The third term concentrates on global application, while the fourth term switches to the career aspects of MBA students.

As the program progresses, students can begin to personalize their routes by combining electives. Students have the option to take electives, participate in the Global Consulting Project, undertake one of 10 concentrations, participate in summer term activities and more.

Saïd Business School’s teaching style is highly interactive and requires significant preparation before the class. The course has 24 contact hours a week, split between case studies and lectures. The use of study groups is a major focus of the course, that facilitate and encourage collaborative learning and working - beneficial skills in the working world. Presentations are required in many of the courses, to help students develop these skills.

Extra classes are offered in quantitative subjects and one-on-one help is available through ‘office hours’.

A distinctive feature of the Cambridge MBA is the focus on experiential learning. This means that there are regular opportunities for students to apply their developing knowledge and skills in groups, and individually, in a live setting. This solidifies the theory they’re taught and gives them real experience in the business world.

Teaching methods vary depending on the course and lecturer, but interaction and contribution from all students is a major focal point. Students are placed into study groups to help facilitate peer-to-peer learning, while faculty are accessible to help when needed. In-class debate is much encouraged and the diversity of the course means a global perspective is guaranteed.

Saïd Business School is a young and innovative institution. It is simultaneously part of a centuries-old world-class and world-famous university. In this way, it is a blend of new and old. The cutting-edge education is underpinned by ground-breaking research, remarkable facilities and some of the world’s brightest minds. All of this fosters a spirit of intellectual discovery, insight and collaboration.

Similarly, Cambridge Judge is a young business school that is part of an old, established, elite institution. The school fosters an air of camaraderie that means students have an almost unrivalled opportunity to network, and the connectedness of the institution means that students can associate with experts from a myriad of backgrounds.

Judge offers students a culture of knowledge, and it continually challenges its students and faculty to solve problems, to innovate and create new knowledge. Judge brings together the latest thinking from the academic and professional worlds, and uses this to stay abreast of developments in the business sector. Furthermore, the school is part of a rich business community. Cambridge itself is surrounded by science parks and facilities and ‘Silicon Fen’ is the most successful technology cluster in Europe.

Students on Saïd’s MBA are also a part of the wider Oxford community and are able to participate in the huge variety of societies and clubs available. There are over 85 sports clubs to join, outstanding sports facilities, along with a range of social clubs and societies. Furthermore, the individual colleges which make up Oxford have many of their own musical and social clubs. Students can also get involved in the student union and the Oxford Union - the world’s most famous debating society, with previous guest speakers including Malcolm X, Stephen Hawking and Benazir Bhutto.

As part of Cambridge Judge Business School, students will also be part of the wider University of Cambridge. Cambridge has hundreds of student societies and clubs, covering sport, hobbies, politics, music and art. Students can also participate in the student union or volunteer for charities.

In a similar vein to Oxford, the colleges themselves have individual musical clubs, dramatics societies and sports teams - catering for all interests.

Of the 2017-2018 class, out of 176 students seeking employment (from the 326 students graduating), 162 accepted a job offer within three months of graduation.

The largest percentage of graduates pursued careers in financial services at 27 percent. The second-largest sector for graduate recruitment was technology (part of the global industry sector that employed 41 percent of graduates as a whole) which accounted for 24 percent, followed by consulting at 23 percent. A further 10 percent went into social impact careers, and six percent joined the consumer-packaged goods industry.

The most popular destination for graduates was Europe, with 53 percent remaining there. A further 17 percent went to North America and 16 percent moved to Asia.

For the 2017-18 Cambridge class, 93 percent had received a job offer three months after graduation, 84 percent were employed within the three months after the program, and 19 members of the class started their own company straight out of the MBA. 96 percent of graduates switched country, function or industry sector after their time at Cambridge.

The average salary package for graduates was £99,779 (US$123,474). The largest employment sector was industry, which hired 51 percent of students (of which the highest proportion of graduates went into technology (41 percent)), followed by consulting at 22 percent, finance at 17 percent, and public sector/NGO workers made up nine percent of graduate roles.

Take a look at the complete MBA ranking

This article was originally published in September 2019 . It was last updated in April 2021 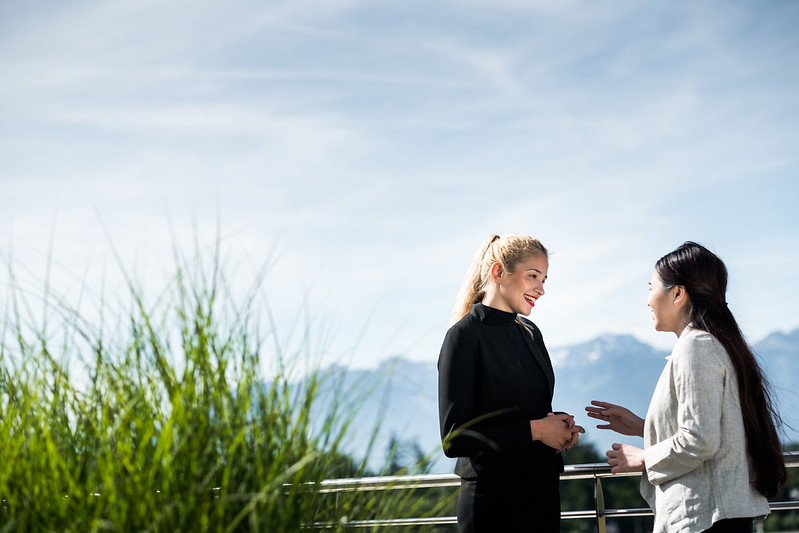 Travelling the world with a master&#039;s in global hospitality business