According to Politico, millennials are behind in almost every economic dimension, from finding jobs to saving up for retirement.

And there’s more: over half (67 percent) more millennials than boomers said that financial stress interfered with their daily life, often overtaking their ability to focus and be productive at work.

Older generations have criticized millennials for their alleged love for “hipster cafes” and smartphones; nevertheless, it would be unfair to underestimate the impact that inflation has had on younger generations.

While the fluctuating economic instability of the 2000s has made millennials financially insecure, it has also pushed them to become one of the most entrepreneurial generations of all time. 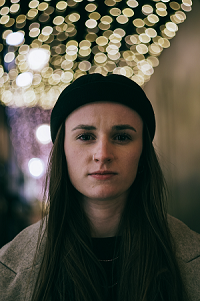 Burstimo is one of the fastest growing music marketing agencies in the world, featured in Noisey, BBC Business, Forbes and UK Tech News.

Behind it is Maddy Raven, who founded the agency at the age of 19 to help artists get the best exposure for their brand. Her goal? Change the music marketing world by bringing in modern strategies and keeping up with changes in this progressively digitalized industry.

Within a year since its founding, Burstimo had secured an impressive 76,000 followers across its social media platforms.

Maddy said: “Starting a business from a young age is difficult because you’re competing with people who have years of experience.

“I found myself at the beginning worrying that others were judging the company because of my age. But I soon realized that age doesn’t impact anything if you have the knowledge, confidence and passion for something.”

Maddy has a close relationship with her team and emphasizes the importance a relaxed environment where people are free to express their passion and creativity.

She said: “I’ve been in working environments where there’s such a lack of creativity as the founders and CEOs want to control every aspect of their business, and that’s definitely something I try to avoid as much as possible.”

Her advice to aspiring businesspeople is to think about the reality of being an entrepreneur, and the challenges and sacrifices that come with it, before making any rash decisions.

“If you’re prepared to invest the majority of your time, energy and efforts into something you absolutely adore, then jump in head first!” 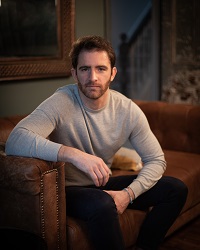 In 2019, and in the the midst of the veganism boom, 30-year-old Dubliner Shane Ryan launched the vegan food business fiid to offer people convenient food options without compromising on nutrition or taste.

After securing supermarket listings across Ireland and online, his products have now launched in Sainsbury’s stores across the UK.

But it wasn’t always easy: it took Shane and his partners nine months to find product manufacturers, and another three to officially launch the product.

Shane said: “Starting out I felt extreme imposter syndrome, which made me work even harder at validating the problem and solution as well as making sure I was doubly prepared.”

Nevertheless, being a young entrepreneur meant he had an edge on more experienced peers in the industry.

He said: “I was comfortable questioning everything – why is it done this way? ‘Because this is the way it’s always been done’ isn’t a good enough answer in my book and as much as possible we’ve challenged the status quo to create a better, stronger business.”

Shane advises entrepreneurs to tackle challenges in a way that helps them defeat fear: by doing.

“The best advice I ever got was ‘the next step is the best one’, and I repeat it to myself every time I’m paralyzed with fear,” he said. “Instead of agonizing about the right thing to do, do something – literally anything”. 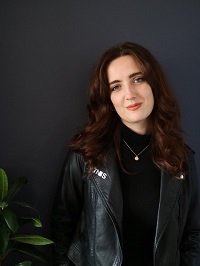 The New Black Studio is a creative event agency based in London, working with clients across the globe to create ‘timelessly stylish and seamlessly organized’ events.

Rebecca Brennan-Brown, the agency’s founder, has worked her way up in the event management industry since her early twenties, and recalls hiding her age for fear of not being taken seriously by older peers.

“I became a director of a London event agency at 23 and spent the year after fighting patronizing comments,” she said. “In reality, it makes little difference in my ability to do the job I’ve been doing for the last 10 years. Plus, it’s such a brilliant feeling when those who have underestimated you realize they’ve done so.”

Despite the obstacles she faced, Rebecca believes her age has helped her create more positive bonds in the workplace.

“In terms of relationships, I think we place much more value on this than previous generations would have,” she says. “Our view of what an office culture should have changed in many ways, not only in incredibly important areas such as equality, but also smaller things like creating a comfortable environment and being able to work remotely.”

One of the main lessons Rebecca has learned during her career – one she encourages aspiring entrepreneurs and businessowners to utilize – is to be courageous and trust one’s own instincts.

“There’s no magic formula, so just because something worked for someone else, doesn’t mean it will work for you. If something doesn’t feel relevant, or it doesn’t sit right with your business values, just don’t do it.”

Find out the latest trends in business

This article was originally published in January 2020 .