How an Executive MBA Gave Me The Ability to Succeed | TopMBA.com

How an Executive MBA Gave Me The Ability to Succeed

When McKinsey & Company executive Sebastian Hoffman goes on vacation, he flicks through the directory of Kellogg School of Management alumni — 60,000 strong in over 100 countries — for nearby graduates. They are always keen to show him and his wife around town, Hoffman says — and the network has come in handy in more ways than one.

He received his executive MBA in 2013 and has no doubt that the degree has been vital to his success as a management consultant and manager. In fact, it was a Kellogg alumnus who head-hunted Hoffman for his current post, COO and general manager of McKinsey’s digital and cloud infrastructure practice. 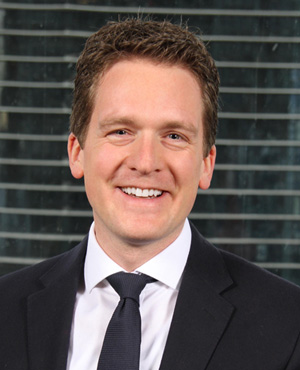 “The networking and collaboration piece was so important at Kellogg,” says Hoffman. “Being together in a study group for the whole two years, you are stuck with these people. The stuff you learn from just talking with them outside of class, is huge. They mostly have different backgrounds, cultures and attitudes to you. That has helped me to become a cross-cultural, global leader.”

He adds that McKinsey, a top consultancy that is coveted by his peers, “would not have hired me without an MBA from a top school”.

Hoffman took the decision to enroll in business school in 2010 while working for EY in Chicago, another consultancy firm. “I knew the EMBA would give me nice visibility and sharpen my leadership and management skill-set. The question was: who pays for it?” he says.

He convinced his then boss — the managing director for Germany, Switzerland and Austria, EY’s biggest practice — by waxing lyrical about the merits of the degree. “I sold it to EY by talking about the broad curriculum which would help me sharpen my skills in areas such as accounting and finance. I said it would make me a well-rounded leader.”

Hoffman received cash covering all of his tuition fees — now priced at US$201,120 — specifically to do the degree at Kellogg at Northwestern University in the US. “On a visit to the Northwestern campus I enjoyed the feel of it,” he says. “So, I started talking to people at the school on LinkedIn, as the schools themselves would put you in touch with people who only say good stuff. Talking to alumni made me realize it was a good, cross-cultural course with a broad mix of topics.”

Having decided to take the plunge and start his studies, Hoffman balanced his job at EY with the part-time executive MBA at Kellogg. “I studied every other weekend, three-quarters of the day on Fridays, Saturdays and Sunday mornings. Then four full weeks throughout the year,” he says.

Time management is one of the greatest challenges of doing an EMBA but Hoffman, who was unmarried and without children at the time, says the backing of his employer made it possible to juggle everything.

“EY, who were fully sponsoring me, were understanding if I said I had to take a Friday off to do school work or use vacation days. If I had to fly, I used the whole plane journey to work. You find a way to manage your time.”

Making the most of Kellogg’s alumni network

Hoffman left EY in 2015 to join PwC, a rival strategy house, as a consultant focused on people and organizations. After 12 months, he was headhunted for his current position at McKinsey, where he’s helped to establish the company’s digital and cloud infrastructure practice. Devised almost from scratch, the practice offers IT infrastructure and cloud services to organizations.

The biggest challenge was attracting talent — Hoffman has grown the size of the team over the past two years. “In every aspect of the digital world, it’s really hard to keep up with the demand from clients for digital services without the right talent or quantity of talent,” he says. “Finding people who have the deep technical knowledge we are looking for, or the broad business knowledge, is tough.”

Hoffman used his Kellogg alumni network — which he says is the most valuable aspect of the EMBA — to overcome the challenge. Alumni who worked in startups recommended that he make the recruitment process “more personal” to ensure people fit McKinsey’s unique culture of “agility” — freedom to do the work they want to.

He says: “You can’t afford to lose money on bad hires when you’re putting a new team together. Kellogg alumni recommended that I meet every candidate and invest more time getting to know them. The result is that we all gel together now.”

Hoffman’s goal now is to continue growing headcount in the practice, which he says is an entrepreneurial project of a different sort. “I would love to grow in the sense of making the practice big or get involved in an existing practice that’s much bigger, and do similar work and grow it further from an already mature stage. If an interesting topic comes up and I think it’s what the firm should pursue, I would love to do that too.”

This article was originally published in May 2018 . It was last updated in March 2021