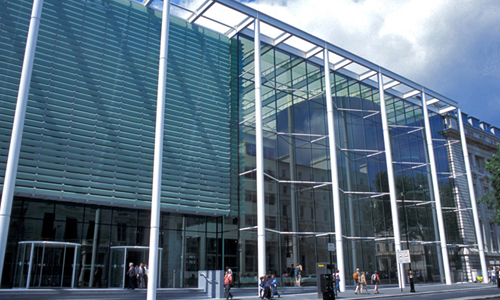 This article is sponsored the Imperial College Business School. Learn more about its MBA program.

In the aftermath of the global financial crisis, business educators recognized the need to reevaluate common approaches and examine new ways of thinking. London’s Imperial College Business School has long embraced this, noting on their website that by “opening your mind to the global challenges facing the world today, you will be able to identify and capitalize on the business opportunities of tomorrow.”

One MBA grad explained that he chose Imperial College Business School in part because he wanted “an innovative and entrepreneurial outlook on business.” As George Shayeb told website BusinessBecause, “Imperial Business School’s approach to innovation also means that you get to apply your learning to actual projects… Imperial emphasizes its research strengths and capabilities, a recent example [being] the launch of the Brevan Howard Centre for Financial Analysis.”

The Brevan Howard Centre for Financial Analysis at Imperial College Business School is funded by one of the largest gifts in UK business education history: £20.1 million – around US$32.3 million. The money was donated by hedge fund Brevan Howard on behalf of its cofounder and Imperial alumnus Alan Howard (MEng Chemical Engineering & Chemical Technology 1986).

Brevan Howard Centre to study causes of the financial crisis

Students at the Brevan Howard Centre will not only study finance but the causes of and possible solutions to global financial crises, like the one of 2008. As former US treasury secretary, Larry Summers explained, “If anything is clear from the crisis from the last five years it is that much of how our financial system takes risk, manages risk, and transfers risk needs to be profoundly rethought… The Brevan Howard Centre will make our financial system work better and make financial policy much wiser.”

The center’s main donor believes it will help further establish the business school’s reputation. “It would be great if Imperial is correctly regarded as strong in finance as it is in other faculties,” Howard said.

The Brevan Howard Centre will be headed by Professor Franklin Allen and Professor Douglas Gale. When the business school chose them to run the center, it went a long way toward achieving the reputation Howard describes.  As Imperial noted in a recent press release, “[The two are] frequent collaborators... renowned for their pioneering research into financial crises and market contagion – that is, when relatively small shocks in financial institutions spread and grow, severely damaging the wider economy.”

Franklin Allen and Douglas Gale Leave US For London

Gale and Franklin left longtime professorships at New York University and the University of Pennsylvania respectively.  They don’t just lecture about the causes of the financial crisis, they wrote the book on it –– literally. Their text, Understanding Financial Crises developed from a series of lectures that foresaw the global financial crisis.

Their work was significant enough that it has been cited in speeches by not one, but two recent chairpersons of the US Federal Reserve Board. In early 2013, Janet Yellen (who is the current chairperson) gave a speech in San Diego, California to the American Economic Association/American Finance Association Joint Luncheon about the global financial crisis.

As she pointed out, “Academic research that explores the relationship between network structure and systemic risk is relatively new.” Yet over a decade before, Allen and Gale had looked at “liquidity shocks and the way it can have a domino effect, causing a problem at one bank to spread to others, potentially leading to failures throughout the system. In their model, interbank deposits are a primary mechanism for the transmission of liquidity shocks from one bank to another.”

Five years before Yellen’s speech, the then current chair of the US Federal Reserve, Ben Bernanke, cited Allen and Gale’s 2007 research about how “in principle at least, ‘fire sales’ forced by sharp increases in investors’ liquidity preference can drive asset prices below their fundamental value, at significant cost to the financial system and the economy.” When Bernanke spoke, the events foretold by the two professors were already occurring, and would continue to occur for some time.

Although both Allen and Gale have cemented their global reputations with widely read books, for both teaching remains a passion. Allen told The Financial Times that he hopes that in the near future the center will not just educate students at the graduate level but undergrads as well. He recently told Imperial College that the school’s students “have a superb reputation and this is one of the things that attracted me to the college.”

Howard and Imperial College Business School hope that the work done at the new center will reduce the chance of a global financial crisis reoccurring. During its peak Howard was “convinced of the need to improve wider knowledge of financial markets, especially given their enormous impact on businesses and households.” He feels his school donation to fund the center will allow it to “make fundamental contributions to our understanding of financial markets, vault Imperial’s business school into the top ranks, and add to the dynamic intellectual community in Britain and Europe.”

Learn more about its MBA program

This article was originally published in October 2014 . It was last updated in June 2019

Content writer John began his career as an investigative reporter and is a prolific educational writer alongside his work for us, authoring over 100 nonfiction books for children and young adults since 2000.