The First Nations and Business in Canada | TopMBA.com

The First Nations and Business in Canada

The First Nations and Business in Canada main image

The welfare and rights of the indigenous people of Canada – or the First Nations, a term collectively referring to all groups aside from Inuit and the Métis – are of pressing concern at a time when many companies wish to develop Canada’s wealth of natural resources.

Recent oil pipeline and liquefied natural gas (LNG) plant proposals come with the intention of boosting business in Canada. But, in reality, they have only added to anxiety about the adverse effects this form of development might have on First Nations communities residing in remote parts of the country. A recent addition to a host of headline-makers is a 4,400 kilometer-long project proposed by TransCanada known as Energy East, which would transport crude oil all the way from central Alberta to New Brunswick.

The charity for the promotion of indigenous rights around the world, Survival International, recently reported protests against a proposed pipeline in British Columbia as part of the ‘Idle No More’ movement, formed in reaction to recent government legislation deemed to threaten existing environmental regulations.

The indigenous people of Canada and a distinct political reality 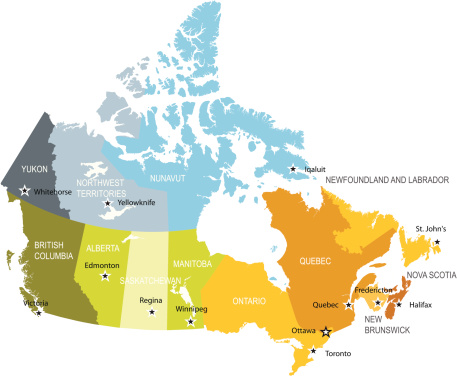 Courts have repeatedly upheld the indigenous people of Canada’s land rights, demanding that treaty agreements are drawn up for issues concerning First Nations, Métis and Inuit territory – a necessity long overlooked by businesses.

Ulrike Radermacher of Simon Fraser University’s Beedie School of Business explains this complex situation, which sets the political reality of Canada apart from its US neighbors to the south. “The fact that no treaties were made is now biting the government in the butt,” she says adding that many First Nations have now begun to negotiate these agreements. “People hoped that process might take a dozen years but it’s over 20 years now, it’s hugely expensive and only two treaties have really been completed. So, if a company like British Gas comes in and wants to build an LNG plant or a mine they have a duty to consult.”

This consultation must come between the government and the First Nations, leading to instances where companies have had to pull the plug on developing a site because they failed to follow this procedure. “There are cases where the companies have lost huge amounts of money because they didn’t think it necessary,” Radermacher says.

Cast in this light, we see how doing business in Canada can be strongly intertwined with the experiences both of the First Nations communities themselves and those working either with them or in areas where they reside.

Beedie School of Business launched a 33-month executive MBA in Aboriginal Business and Leadership in 2012, of which Radermacher is associate director.

She says the course is aimed at both indigenous and non-indigenous students with the ultimate goal of fostering a process of cooperation that allows all indigenous people of Canada to prosper and not be left behind. 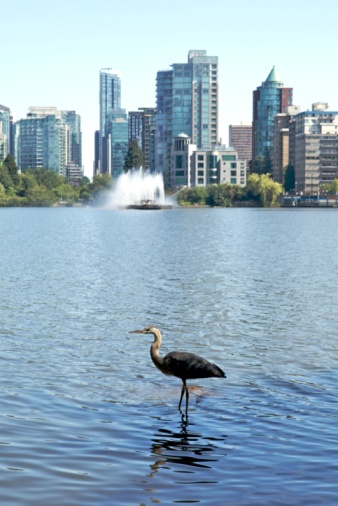 For indigenous students the idea is help them serve their own communities through economic development or to achieve financial security via individual and community entrepreneurship. It also aims to curb prejudice within the country that points to low completion rates among indigenous students as evidence that Western education has often been found to fail them.

“A lot of Nations have started their own economic development corporations and don’t have the business training. They have lots of experience but they lack the tools for managing,” says Radermacher.

The inaugural student body includes First Nations chiefs or councilors as well as those working with economic development corporations in the resource sector. It also includes those working in organizations focused on Canada’s relationship with its indigenous communities, for instance in health or education – and this is where the course appeals to those without an indigenous background, who seek a greater understanding of First Nations’ values and practices that can enhance their ability to work effectively with them.

“We have students who are not aboriginal that are interested in working in a field to mediate between business coming in and the First Nations. We also have people working in governmental agencies,” Radermacher continues, emphasizing how any large company granted access to commence a new development project will need employees who can bridge this cultural gap. “They will need experts in aboriginal relations,” she stresses.

Challenges for teaching indigenous business in Canada and beyond

Business in Canada must often take the country’s sheer size firmly into account. This is impressed on the EMBA program at Beedie School of Business’ downtown campus in Vancouver, British Columbia.

“There are over 230 different nations in British Columbia and seven language families, as opposed to individual languages,” says Radermacher, an experienced anthropologist who recently opted for an executive MBA herself, describing how the far flung locations of the program’s 23 students present a challenge in itself. “Right now, the farthest north is from the Northwest Territories and the farthest east is from Alberta, but our new applicants come all the way from Ontario.”

When establishing the EMBA program, Radermacher explains that it would have been tempting to opt for a course that was fully online, but the Beedie School of Business faculty knew that bringing students together for face-to-face learning and networking was the only path ahead to maximize the program’s effectiveness. As such, inspiration was drawn from the school’s long-running weekend EMBA to run on-campus courses in five-day segments, supplemented by coursework carried out in a student’s own time.

To help coordinate the school’s efforts to enhance access to indigenous business education, the idea of partnering with another university is high on the agenda. Other institutions, such as Cape Breton University, situated on an island in Nova Scotia, offer programs with Aboriginal business content, but as yet none that are specifically focused on Aboriginal business and leadership.

Plans for an exchange of knowledge and ideas don’t end with Canada. Realizing that, despite their differing circumstances, the indigenous people of Canada face the same underlying issues as those of New Zealand has also led to links being formed with a Māori college that offers an MBA in partnership with the University of Waikato.

One teaching challenge shared by both the Māori and First Nations is a notable lack of case studies, a key tool for contextualizing management thought at MBA-level.

“There are very few case studies about indigenous business. It’s one of our priorities to develop case studies that we can then use in the classroom,” Radermacher says, highlighting that much of the existing material comes from the US and the work of The Harvard Project on American Indian Economic Development, which cannot easily be transferred to the context of indigenous business in Canada.

One way in which the course can already give students an insight into real-life business practice is through internships and connecting different First Nations communities.

For example, hands-on experience with a company involved in transporting gas from British Columbia’s coast allows them to understand how the supply chain impacts on the First Nations’ traditional practices, such as fisheries. Company-sponsored places on the EMBA are something Radermacher is keen to see more of once the school has a successful first cohort of graduates under its belt. “We were hoping to get more industry to sponsor students and we have found some, but a lot of them sit still on the sidelines watching,” she surmises.

In the meantime, enabling First Nations to work together is a reward in itself. “That’s why networking is so important because historically many communities, because they’re so diverse, are not really used to working together.”

As is the case with the Waikato MBA in New Zealand, the overarching aim is not just to allow indigenous business people to develop management and strategic thinking, but to build confidence in traditional values that can still yield tangible benefits for their communities and the country as a whole.

Radermacher cites a book by Ernesto Sirolli, entitled Ripples from the Zambezi: Passion, Entrepreneurship and the Rebirth of Local Economies, as a useful introduction on this theme. She thinks much can be said for, “the idea that if you work with any indigenous organization, rather than think you have all the answers, you should spend a lot of time listening.”

This article was originally published in February 2014 . It was last updated in June 2019