MBAs turned world leaders
Interested in an executive MBA? Check out which business schools lead in our EMBA rankings

Nearly a third of Fortune 500 companies are led by a CEO with an MBA, and approximately half of this total graduated from some of the world’s best-known business schools, according to an analysis conducted by the Financial Times. A further filtering of the results shows that, of the women leading these companies from the top, half of them are MBA qualified - a meaningful number. Go further to pitch these percentages against a view of the myriad of management courses out there, and the Masters in Business Administration really begins to stand out as a choice program.

Here is a sampling of six of the world's most successful companies, and an introduction to the people that lead them, each one of them an MBA, and all of them, it just so happens, graduates of an elite business school.

Wharton School graduate and former investment banker, William Shu, cofounded food delivery company, Deliveroo with childhood friend Greg Orlowski in 2013. Shu had been working at Morgan Stanley in New York when he first thought of the idea. Very long working hours as a bank analyst left him with very little time to cook and a dependence on takeaway meals. His transfer to London in 2004 didn't change his work pace, but it did fuel his idea further.

Observing online marketplaces such as Just Eat and Hungryhouse take hold in the UK, he noticed both their convenience for customers, but also a gap that he could fill with his own business idea. Before launching his new project, Shu decided to travel back to the US to complete his MBA at The Wharton School. Graduating in 2012 and equipped with an armory of newly acquired skills, Shu returned to London, and from his living room, began setting up his new company. In little more than three years, Deliveroo has grown at an extraordinary rate, reached unicorn status in 2016, and is now valued at over US$1 billion. 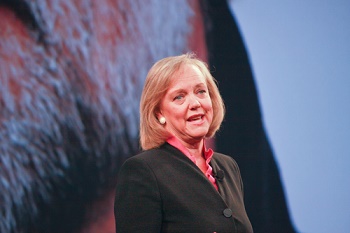 Meg Whitman has a colorful history, with a line of very impressive successes. She is currently president and chief executive officer of Hewlett Packard Enterprise (HPE), as well as chairwoman of the board at HPInc., having led the Hewlett-Packard Company through its separation into these two companies.

A graduate of Princeton and Harvard Business School, Whitman completed her MBA in 1979. She subsequently worked as a brand manager for Procter & Gamble, before taking executive-level positions at consulting firm Bain & Company, in 1981, and the Walt Disney Company in 1989. In 1998, she became president and CEO of the e-commerce company, eBay, just three years after its establishment. Over the next 10 years, she helped the company increase its revenue from around US$4 million to over US$8 billion.

Whitman also has a strong investment in US politics, even running for governor of California in 2010. A long-standing republican, she transferred her support to endorse the democrats and Hillary Clinton during her presidential campaign.

Whitman is said to have a net worth of US$2.3 billion 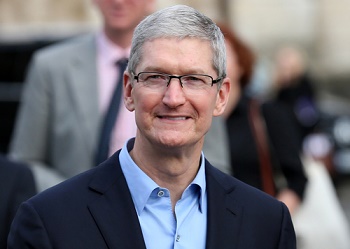 "Don't work for money…you'll never be happy,” - this is a life view which Tim Cook shared with his predecessor Steve Jobs, an attitude that has inspired many. Tim Cook is of course the world-renowned CEO of Apple, and serves on its board of directors.

Cook, who spent the early part of his career with IBM, earned his MBA at Duke University's Fuqua School of Business in 1988. After IBM, Cook took executive-level positions at Intelligent Electronics and Compaq, where he served as vice president of corporate materials. He became involved with Apple when the company, needing to optimize its global supply chain, recruited him as chief operating officer (COO) in 1998. When Jobs took ill in 2011, Cook stepped in to run the day-to-day operations of Apple. It was agreed that he should take over Jobs as CEO the same year.

As CEO at Apple, Cook is said to start his day before 4.30am when he starts sending emails. A believer in forward planning, the Fuqua MBA graduate has also been known to hold Sunday evening staff meetings by phone in anticipation of the week ahead. Cook is very much invested in issues ranging from the environment to civil rights. As the only openly gay CEO in the Fortune 500, Cook has also stepped in to defend the LGBT community.

Tim Cook has an estimated net worth in the region ofUS$785 million. He does however plan to eventually give his wealth away to charity. 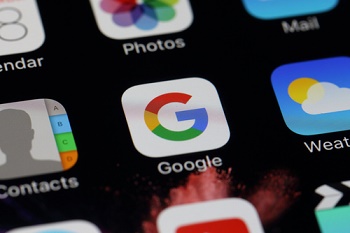 Google’s CEO, Sundar Pichai, and Tim Cook are no strangers, the two recently having been spotted by reporters at a California restaurant –two Silicon Valley leaders discussing strategy perhaps?

Sundar Pichai's story is one of hard graft and ambition. From a two-room apartment in Chennai, India to becoming one of the most successful men on the planet, it was Pichai's childhood penchant for learning and interest in technology, inspired by his engineer father, that eventually took him to where he is now.

Pichai's started honing his interest in technology when he enrolled at the Indian Institute of Technology - Kharapug, graduating with a bachelor’s degree in engineering in 1993. The following year, Pichai was admitted to Stanford University on a scholarship where he completed a master’s degree in materials science and engineering. He then worked for US semiconductor firm, Applied Materials, before applying to The Wharton School where he earned his MBA in 2002.

Pichai was recruited by Google in 2004 and was instrumental in the development of Google Chrome. Through the years he climbed the hierarchy at Google, becoming CEO after the company was restructured under parent company, Alphabet Inc., in 2015. In February 2016, he reportedly became the highest-paid CEO in the United States. 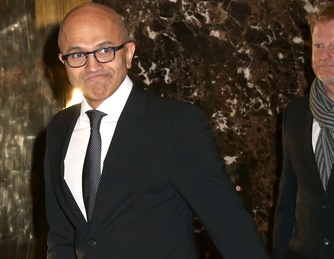 Ranked 51st on Forbes’ 2016 listing of the world’s most powerful people, Satya Nadella, is another Silicon Valley trailblazer that hails from India. Nadella has a 25-year long history of working for Microsoft. In addition to his MBA from the University of Chicago Booth School of Business, he holds a bachelor’s degree in electrical engineering from Mangalore University and a master’s degree in computer science from the University of Wisconsin-Milwaukee.

When Nadella stepped in as CEO in 2014, Microsoft was struggling. He steered the company towards investment in new lines of business, such as augmented reality and cloud computing. He also took innovation to new levels by adopting rather than fighting the competition, encouraging Microsoft to join Linux, releasing Microsoft Office for Apple's iPad, and releasing iPhone and android-friendly apps, such as Microsoft Outlook. In 2016, Nadella also managed the purchase of social networking site, LinkedIn, and at the end of last year Microsoft's stock reached its first new all-time high since 1999. 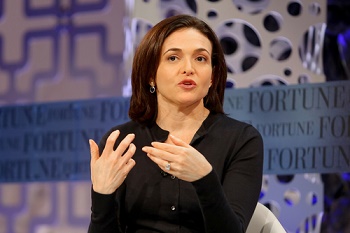 Sheryl Sandberg was the7th most powerful woman in the world in 2016, according to Forbes, with a net worth of around US$1.38 billion. She is Facebook's chief operating officer and since taking the role at the company in 2008 has helped boost its revenue 66-fold.

Sandberg did her bachelor's degree in economics at Harvard University and worked at the World Bank on graduating. She then went on to complete her MBA at Harvard Business School in 1995. After a brief stint at McKinsey & Company, she worked for the US Treasury under the Clinton administration as chief of staff. After the election of George W. Bush in 2001, she joined Google as a vice president. Six years later, Mark Zuckerberg, cofounder of Facebook met Sandberg at a Christmas party where he became convinced she would be the right fit for the role of COO at Facebook. She took on the role the following year, in 2008.

Interested in an executive MBA? Check out which business schools lead in our EMBA rankings

This article was originally published in March 2017 . It was last updated in April 2021