Got A Start-Up Idea? Here’s How I Started My Company During a Pandemic | TopMBA.com

Got A Start-Up Idea? Here’s How I Started My Company During a Pandemic

2020 has been a trying year for industry, with businesses across the globe suffering and some even shutting down for good because of the impact of the coronavirus pandemic.

Given this backdrop, it’s hard to imagine a more challenging time to launch a new business, but that hasn’t dissuaded entrepreneurs from across a range of industries.

TopMBA caught up with Benedict Aicher, co-founder of Flexcavo, to find out what launching a business during a global pandemic is really like.

A career of choices 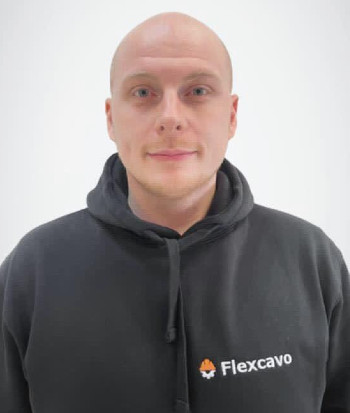 Benedict (picture) started his professional career at McKinsey & Company after graduating from ESMT Berlin’s Master’s in Management program in 2017 – a direct job offer after completing the mandatory six-month internship for the MiM program.

Looking back at his time as a consultant at McKinsey, Benedict said he was proud to be a part of the strategy and corporate finance practice. One of his main focuses at the company was the Advanced Industry Sector – something that held him in good stead for his future entrepreneurial endeavor.

Fast forward a few years and Benedict and co-founder Leonhard Fricke are hard at work within their own company Flexcavo – a construction-tech venture that focuses on smart construction machinery fleets. Flexcavo aims to help customers work smarter, increase productivity and reduce their environmental impact.

Starting your own business can feel like a whirlwind, but Benedict says he’s enjoyed the process of launching the business and seeing it in action.

Benedict jests that construction is deeply rooted in his DNA as he comes from a construction and real estate family.

He said: “My little brother is a civil engineer, so I always discussed construction topics with my dad and brother, and I was always keen to know more about that industry.

“Based on that, I was always interested in looking at different things and problem-solving.”

This is the reason he thinks he went to McKinsey, to solve problems for people. There he realized that the industry he knew a lot about – construction – is super under-digitalized.

He said: “I looked at the industry and thought why is a construction site not intelligent and how could I change that? Based on that vision, I developed Flexcavo as it is today.

“Leonhard, my co-founder who I met during my MiM degree, and I shaped the idea from vision to initial market entry, as well as the roadmap to eventually build an intelligent construction site.”

Starting a business during a pandemic

Launching a business is never going to be easy, and Benedict says it would have always been difficult, with or without the pandemic.

He said: “Our business model made it more complicated. It sometimes required physical contact because we're renting out machines, and we need to talk to customers or visit them.

“However, looking back, many successful companies were founded in times of crisis or after. If you look at the post-2008 recession, Slack, Uber, and WhatsApp were founded then.

“It's about the team and the common goal and I'm truly thankful and grateful for my amazing team. We're all chasing a common goal, because we want to digitize the construction industry and make construction sites more intelligent.” 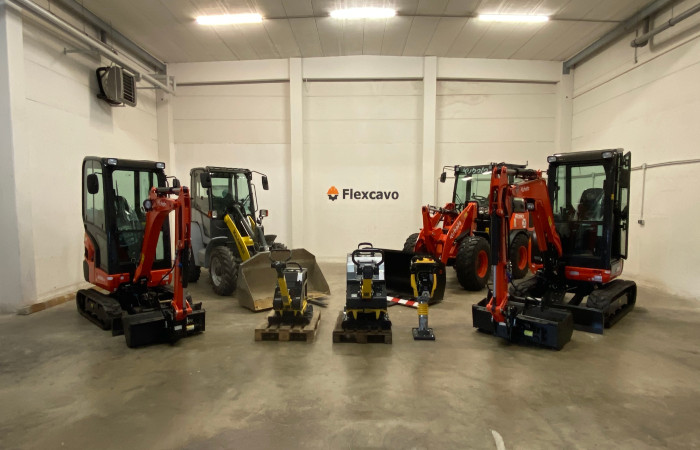 Benedict says successfully starting a business is all about trusting the process. He praises his co-founder, and he says a lot of their success came from committing to their business idea.

He said: “We’ve tested it and we've talked to different people, but the thing that made us highly convinced by it was we found a large network of supporters.

“Pretty early on, we found a seed investor who invested in our company which gave great traction for team members.

“From the first day of Flexcavo, we interviewed between five and 10 people a week because everybody was really interested in the challenge to digitize an industry that isn’t disrupted yet.”

The role of digitization today

Benedict believes digitization is important today – we can see that by looking at different industries that have digitized within the last 10 years.

He said: “[Look at] automotive; healthcare; television. The construction industry stayed at a rather under digitalized level for the last few years, but right now, a new generation of construction leader is emerging.”

Benedict says the businesses he’s currently speaking with now are often family-run, led by a man or woman from an older generation – but their children are involved, meaning they will likely take over the business one day.

He said: “The younger generation is used to doing things in a more digital way so they see the value of digitalization and the value a digital construction site could bring to every stakeholder. I think it's the right time to think about how to make construction more digital and automatic.”

Construction is one of the biggest industries in terms of global GDP and will always be needed. Benedict said: “We all need homes, maybe we won’t need office buildings anymore, but we need public buildings, roads, and other infrastructure projects.”

This, plus the fact Benedict says he can’t remember a single construction project in Germany that didn’t run either over budget, overtime, or both, made him think something needed to change.

The ticket to success in Benedict’s eyes is to take it back to basics – ensure you have a good co-founder and founding team.

Benedict said: “I would advise searching early for the right people to build a team. And try to always find your passion topic – if it’s something you're passionate about, it doesn't really feel like work.”

But moreover, Benedict says it’s important to be customer-centric – something that is true in every industry. He said: “I think we all have a certain idea of how our construction site could look in the future, but I think a big learning curve for us was talking to customers and different stakeholders very early on to really get their feedback.”

Future of the company

Although Benedict can’t predict the future, he says the company is aiming high – with a lot of exciting times ahead. Flexcavo will expand locations, launch a first version of their software, and grow the team.

He said: “But two things we’re excited about is being a kind of trailblazer in such a largely analogue industry, and helping our customers and different stakeholders get a handle on the topic of sustainability.”

Benedict says construction is a huge driver for CO2 and Flexcavo is keen to find methods to support CO2 reduction.

He said: “We actively commit ourselves to find ways to not only make the construction site more intelligent, but to also try to reduce the environmental impact of construction.”

This article was originally published in December 2020 . It was last updated in January 2021