Dean Q&A: Making Durham a business school where everyone can thrive | TopMBA.com

Dean Q&A: Making Durham a business school where everyone can thrive

Susan Hart, Executive Dean at Durham University Business School says: “There’s no one way to see a problem and there’s no way to solve any problem from one perspective, especially problems involving human beings, which most do!”

Over the past decade, we’ve seen the number of women holding positions of power in business and education rise, but gender equality remains a central issue in business and business education. And although data gives us hope that the business world is changing, there’s still a lot to do ensuring women get a seat at the table.

Susan Hart (pictured) is one of many women paving the way for the next generation, having held the position of Executive Dean at Durham University Business School for nearly five years. With a background in languages, Hart says her education didn’t prepare her for her role as executive dean in a direct way, but that studying literature indirectly gave her rich sources of ideas and ways of seeing. 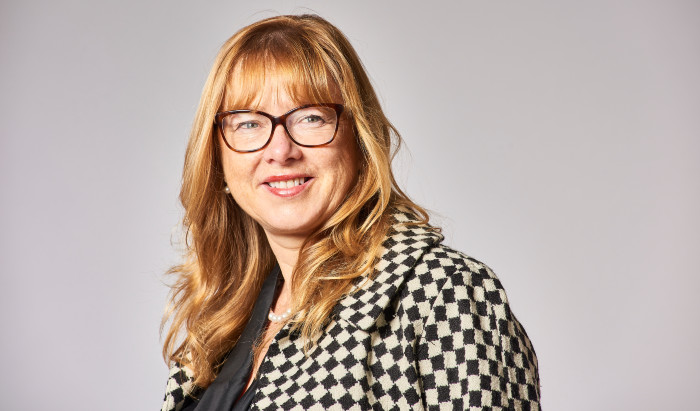 She said: “Learning a language different to your mother tongue is a very striking reminder of how different people see and think in various ways – this is immeasurably helpful to working life – life in general.

“Also, a love of books was developed through education, and that does help in reframing and re-examining human behaviours, which helps self-reflection, and, with that, one hopes, improvement.” Hart’s education and subsequent career path only demonstrates that you don’t need a background in business to succeed in the industry.

When asked if she found it challenging moving up the career ladder as a female academic, Hart admits she didn’t find it challenging early on. She said: “I was hugely helped by seniors in academia, who encouraged me to reach much further than I would have otherwise.

“They provided a ‘glass step’ – I was very lucky, because not all women have had this help.” But Hart realised later on that the glass ceiling still existed, adding: “Only for me it was a little higher than for the generation before me.”

Hart admits she finds narrowing down an answer to these kinds of questions hard ‘the superlatives – favourite music, colour, food’, as there are many to choose from.

She said: “In terms of achievements, I believe strongly in the power of teams, so in one sense I have been immensely blessed with fabulous support in the shape of talented teams – and maybe they are my greatest co-achievement!”

The importance of diversity

When thinking about teams, education, workplaces, difference of opinion and point of view can bring a lot to the table.

Hart said: “There’s no one way to see a problem and there’s no way to solve any problem from one perspective, especially problems involving human beings, which most do!”

She notes that even different languages frame problems of communication in different ways. Hart said: “Where we are in life, and where we come from shapes our understanding differently – so how much more framing, how much more examination is there, when a problem is approached from a variety of perspectives, each one developed over time from a unique set of complex circumstances, experiences, and learning.”

So how important are diverse teams? Hart said: “The question should really be – where were diverse teams not needed? When were they ever not needed? We are only just waking up to the fact that diversity gives us huge advantage and benefits in our thoughts, actions and outcomes.”

Hart says Durham promotes female representation within all committees where many women very actively participate. But regarding enrolment, she said: “[We have] a slate of support in scholarships both for women and other potential students whose contribution to the cohorts would bring that all-important diversity.”

Durham’s wider leadership team is now comprised of 40 percent women – something Hart says the business school is extremely pleased with. She said: “It’s been a big change in the last few years, and we are pushing forward to ensure that even more women come forward to take on such roles.

“Our working patterns are flexible and with good research leave and support schemes, we are keen to support individuals’ challenges in assuming leadership positions.”

Durham University Women in Business (DUWIB) aims to promote diversity in the workplace and support students with career development throughout their studies.

Hart said: “The organisation looks to inform, support, and inspire by working alongside companies from different sectors organising skills workshops, networking events and speaker panels as well as advertising internship and job opportunities from sponsors.”

Students can also utilise [email protected], a network that brings together staff from across the university who identify as female, in order to share experiences, opportunities and knowledge, offering mutual support and a networking space.

Hart says Durham University Business School is working through the Athena Swan process to move onto the next level – silver.

But there are some important initiatives being taken by the institution moving forward to encourage higher proportions of promotions from women, reduction in the gender pay gap, specific development support for the next generation of women leaders.

Hart said: “Our Respect Agenda and of course our commitment to making even further improvements in equality, diversity and inclusion have been enthusiastically embraced and are making a difference in consciousness raising and altering practices to make the school a place where all genders, all classes, all ethnicities can thrive.”

This article was originally published in May 2021 .