Vlerick Dean: ‘I wish for our female students to live up to their full potential’ | TopMBA.com

Vlerick Dean: ‘I wish for our female students to live up to their full potential’

When looking at diverse teams and why they’re needed today, Marion Debruyne, Dean of Vlerick Business School says they’re important as a matter of equal opportunity and unlocking potential. She said: “Having diversity of thoughts and inputs leads to more creativity and better decisions.”

Over the past decade, we’ve seen the number of women holding positions of power in business and education rise. However, gender equality remains a central issue in business and business education. And although data gives us hope that the business world is changing, there’s still a lot to do ensuring women get a seat at the table.

To put a little fire in your belly, TopMBA thought it a good idea to hear from women on the frontline at business schools, breaking through glass ceilings and paving the way for the next generation. 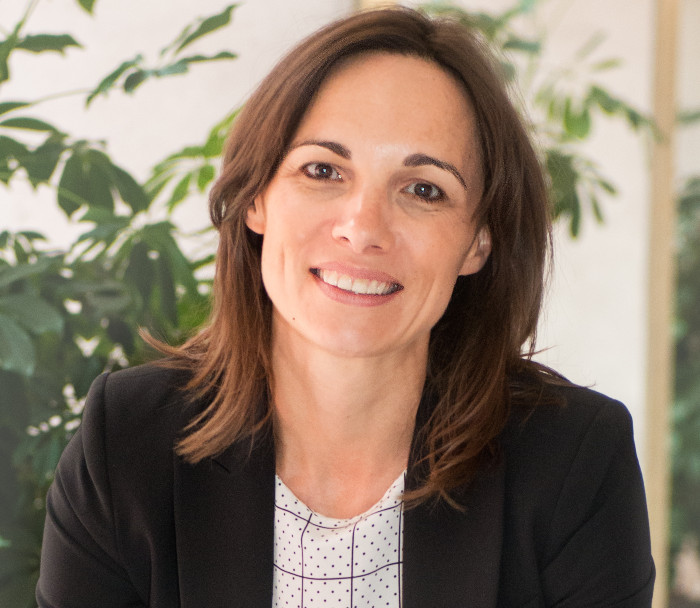 Marion Debruyne (pictured) has held the position of Dean of Vlerick Business School since 2015, a role she still thoroughly enjoys. From working with engaged and smart colleagues to meeting stakeholders and representing the school, the role is as varied as it is rewarding – but she says the most pleasing part of her job is seeing the impact her business school has on students and alumni.

You could say Debruyne is a triple threat – with a chemical engineering degree, a master’s in marketing and a PhD in economics. She said: “I think I carry all inside me: the engineer, the marketeer and the researcher.

“The most influential way my education prepared me for my role is through the fact that I am an alumnus of Vlerick myself. I have experienced the impact of the school, so it is so easy to be an authentic ambassador!”

To many, Debruyne’s career achievements are exceptional – when she became dean in 2015, she was the youngest female dean to be appointed ever – but she says she doesn’t tend to look back and be proud of achievements.

She said: “I always look to the next mountain to climb. But the past year has been a source of pride. I am proud of the resilience our faculty and staff have shown and of the creativity and agility in adapting everything that we did to online in record speed.

“For myself, I am proud to have weathered the COVID19-storm with a positive mindset. Even when times get tough, there are always silver linings to focus on and learnings to be gained.”

The importance of diversity

In recent years there’s been a conscious push from female leaders, academics, employees and more to get the recognition and representation they deserve.

However, Debruyne says she’s been gender-blind for most of her career, as she never thought of herself as a “female academic” just an academic.

She said: “Those times (and there have been a few) that I have been confronted with bias or sexism, were always kind of surprising and shocking to me, because I didn’t really internalise the potential obstacles I could face along the way as a woman, or the lack of role models.

“But now that I am more advanced myself and realise there is still such a lack of female leaders in academia, I have become more conscious of the pipeline issue we face.”

When looking at diverse teams and why they’re needed today, Debruyne says they’re important as a matter of equal opportunity and unlocking the full potential of people. She added: “Moreover, having diversity of thoughts and inputs leads to more creativity and better decisions.”

Debruyne says Vlerick is working on diversity and inclusion from a broad view so that all students, faculty, and staff can feel they can be themselves and belong at the school.

She said: “While gender is obviously relevant, women represent half of the population, diversity is so much more than that.

“Learning requires that you can be vulnerable and comfortable to bring your whole self.”

However, in today’s environment, it’s still important to ensure we have women in senior roles; not only for the sake of diversity and or difference of opinion or viewpoint, but also to also demonstrate that a job role should be earned on merit.

Debruyne said: “I wish for our female students to accomplish everything they dream of and live up to their full potential. They should not have to hold themselves back or be held back simply because of gender. Having more women in senior roles today could hopefully help them see that is possible.”

To ensure more female representation, as well as diversity in general at Vlerick, Debruyne says the business school has a number of initiatives under way.

She says Vlerick has initiated scholarships dedicated to female students to encourage them to consider business school and to expand access to business education – but she says the work doesn’t stop with ensuring diversity in the classroom, as it’s equally important to have diversity in front of the classroom.

Vlerick has also started a female leadership initiative, which brings women in senior leadership roles and young talent together. Debruyne said: “The purpose is to learn from each other and have meaningful conversations about leadership. At the same time, our students receive real mentorship and meet those women in whose footsteps they can follow.”

This article was originally published in May 2021 .