Why do people use business jargon and does it always stand in the way of clear communication?
Discuss this and other issues with admissions officers from top schools

We need a more contemporary reimagining of our facilitating logistical flexibility.

The solution can only be optional incremental paradigm shifts.

These lexical abominations are, thankfully, randomly generated by the Plain English Campaign’s Goobledygook Generator. It’s fair to say that business jargon is one of those things, along with trips to the dentist and the sound of nails against chalkboard, that most right-thinking human beings find abhorrent.

There is no shortage of tirades – often backed by studies – against this alternatively obfuscating and vacuous language (The FT’s Lucy Kellaway recently took the McKinsey Quarterly to task for the latter, among other things).

So, should our goal be to cut out the business jargon, and strive instead towards the clear communication that comes with plain English? It’s not so cut and dry, explains Tony Thorne, a language and innovation consultant, and former head of the Language Centre at King’s College London. “We actually require new terms to name new technology, new concepts, new products – downsizing or offshoring, but jargon is not simply there to define new things. It serves as an exclusive code used by insiders to show they belong and sometimes, unfortunately, to exclude outsiders. It’s an empowering and disempowering language at the same time.”

Before unilaterally lambasting an entire lexicon,  says Craig Snow, a visiting senior lecturer of management communication at Cornell Johnson, it is important to consider what is actually meant by jargon: “Business jargon or speak has, for most people, a negative connotation. But what jargon literally refers to is specialist terminology – it should be neutral; every community has its own jargon. There are two main benefits. The first is efficiency; it’s faster to refer to a SWOT analysis or the Porter five forces model than to define every part of these. The second is credibility – if you use terminology and use it well, it demonstrates you can talk the talk, that you’re familiar with it.”

The dangers of business jargon 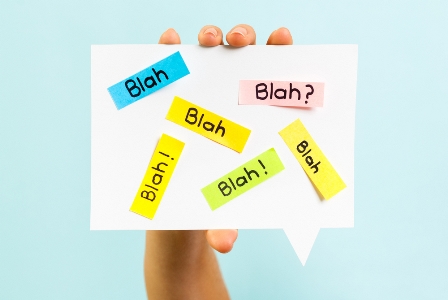 Professor Cheyrl Wakslak, of USC Marshall, recently co-authored a piece looking at how the use of abstract language can signify power in the workplace. She highlights another reason why people use business jargon:

“An interesting one is something psychologists and economists sometimes call the ‘curse of knowledge’. The basic idea of the curse of knowledge is that when we understand something, we find it hard to think about it from the perspective of someone who does not understand it – in the context of business-speak this comes up when folks within a business or at a particular level in an organization understand the subtleties of the words that they are using; the corporate jargon actually means something to them and it's not at all obvious that these things won't be understandable to other people.  And therein lies the danger – you think you are communicating effectively, but that's only because you already know what you mean; people who don't, have a hard time understanding what you are trying to say.”

And not only will people not understand what you’re saying – you’re going to sound like a vacuous or pompous…well, use your imagination.

This, says Snow, can often be the case with those who are new to the tribe. “A problem emerges with younger, less experienced folk who believe using layman’s language when communicating makes you sound like you’re not credible. People believe they have to use the language to impress people, with BS.”

He tells a story about a junior colleague at a former role which attests to this, the world of academia mirroring the world of business in this sense (obviously, the MBA is the juncture where these worlds come together, so take heed, MBAs of the future):

“She was an accounting professor, who was international, so she asked for help with a manuscript. Her grammar mechanics, which is what she was worried about, were perfect, but what I suggested in the three-hour debrief was ways to improve the structure, getting rid of some of ambiguity. She thanked me, but then said she wasn’t going to act on my suggestions. I said fair enough, but can I ask you why? She said she reads academic journals all the time; she wants to get published – if she took up my recommendations, she believed that she wouldn’t. Those articles are puffed up, inflated, and if she did what I said, she thought it would be so clear the editors would say there was nothing there. She genuinely believed you had to inflate everything to give the impression there was more there, it was scary that there are folk who believe this.”

“I don't think we should simply avoid jargon at all costs,” reflects Thorne, “it can be colorful and creative, but there are many forms of jargon. Lazy clichés are never permissible; neither is pompous, pretentious language or 'weasel words' used to avoid telling or confronting difficult truths, like 'decruit' instead of 'make redundant'.”

Interestingly, however, there are times when abstract language can actually, according to Wakslak’s aforementioned research, make you seem like you’re higher up the food chain. “Some of our recent work has suggested that when people use abstractions – when they speak in a way that conveys the gist of an idea rather than its details – this leads other people to see them as more powerful.”

What is the role of business schools in engendering clear communication? 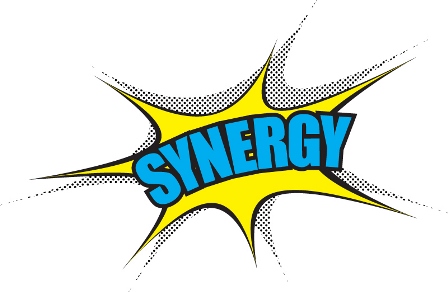 In the same way that construction workers have a reputation for cat calling or sports commentators have one for clichés, MBAs are infamous for their barely contained lust for business jargon. Of course, as mentioned above, specialized terminology can be expedient and even necessary in certain situations, but there are other times when such language is clearly unconducive to clear communication.

With respect to the first statement, business schools are honor bound to make sure their students are fluent in managerese but then, at same time, are they under an obligation to encourage clear communication?

“Business schools should definitely try to teach clear communication,” says Wakslak. “Abstraction creates the impression of power – but abstraction doesn't necessarily have to result in something that sounds like business jargon! You can use the power of abstraction effectively by making sure to speak in a way that conveys an idea's gist, its broad meaning, while resisting the temptation to speak so abstractly that the people around you don't actually understand what you are saying!”

Thorne concurs: “I think it's crucially important to be aware of jargon, to understand it and to analyze it – new terminology, after all, embodies important new concepts. But also, it's important to determine whether certain terms are helpful or really only obscure clear communication. There is a very real problem with academic jargon as used by academics – in the business field and in other areas – obfuscating, posing as authoritative to impress and actually confusing or intimidating readers. Institutions should highlight, teach and critique this sort of language.”

For Jochim Hansen, it’s about preventing indoctrination throughout the course. Hansen is an assistant professor at the University of Salzburg and co-author with Michaela Wänke of a study that found that using non-concrete language increases the likelihood of you being taken for a liar. “It would be good to start [with lectures and courses] and to not ‘socialize’ students with the jargon. Or better still, discuss pro and cons openly.”

That seems to be the main takeaway here. It’s not about using jargon or not using jargon; it’s about knowing when jargon is the most efficient and credible way in which to couch your thoughts, and when it’s only going to make your ideas harder to understand and make you sound like an MBA cliché (again, the actual term used may not be quite as measured as this).

But, the single most important thing? Make sure you actually have something worth saying, says Snow – particularly if you’re trying to impress senior people. “Experienced audiences will not be impressed with big words. What will they be impressed by? Senior people will be more impressed by good thinking, good insights rendered clearly, rather than with inflated terminology.”

To finish this parable, how about some tips from our experts?

Resist the temptation to jargon dump.

This is a term that Peter Robinson (you may not know he wrote it, but his most famous contribution to the literary pantheon is the line, “"Mr. Gorbachev, tear down this wall!") coined in Snapshots From Hell: The Making of an MBA, about his time at Stanford. He was told to throw in as much jargon as possible during exams. This works in the academic world, but it’s not going to work for professionals. They want to know what you think and why you think it. It’s a concept of clarity, if you’re not clear, nothing else matters. If it’s a case of needing to build more hotels in a certain city, then just say that. Ideally say how many!

What do you want them to know and do and feel? How expert are they? The challenge is to think about these things deliberately. Things become intuitive with skilled communicators. Well-intentioned professionals can use jargon mistakenly; sometimes it’s because they’re young and they’re trying to impress, or simply because they just made a mistake when trying to communicate clearly. This is the curse of knowledge – one of the toughest challenges of communication.

Ask if what you’ve said has been understood.

React considerately if this is not the case. Be prepared to word your statements differently.

Go for the simplest statement of the facts first.

Avoid clichés and empty, pretentious sequences. If you use technical jargon and there is a risk that the reader does not share your knowledge, signal [that you’re using jargon]. In other words, use jargon consciously, sparingly and judiciously, where it really enhances the communication. You can celebrate the language, and what it means, if you do this in a way which guides and informs the reader.

Do some perspective taking!

Think about the recipient of your communication – will they understand the words you are using or are they jargon? What impression will your style of communication give about you? Some folks have the tendency to be very detailed and concrete in their style of communication; this can be very useful in some contexts, but as you move up in an organization it can be important to appreciate that what others want from you starts to change – they start to want broad vision and an ability to distill what is most important. It can be hard to change styles but, especially in written communications, there is an opportunity to read over your writings and ask yourself if you are effectively making a broad, general point. If you can't resist giving the details, maybe at least save them for a follow up paragraph!

Discuss this and other issues with admissions officers from top schools

This article was originally published in May 2016 . It was last updated in April 2021