Debate: What is the Role of Business in Humanitarian Issues? | TopMBA.com

Debate: What is the Role of Business in Humanitarian Issues?

McGill’s Anita Nowak believes we’re on the cusp on a paradigm change, while RSM’s Frank Wijen warns that there is a dark side to corporate charity.
Discuss what's important to you with top business schools

What is the wider role of business in society? While it has long been acknowledged that big businesses in particular have a part to play – by virtue of their place in society as well as the people directly affected by their supply chains – just how much of a role and in what capacity is the subject of much debate.

We invite you to join in too! Use the comments section below or one our social media channels (Facebook, Twitter and LinkedIn). 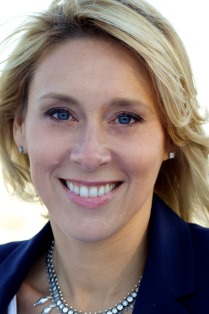 Social enterprise: the present and future of business

The line between the private and nonprofit sectors continues to blur. Companies are increasingly leaning into work that provides social value – well beyond that of job-creation, paying taxes and CSR – and social enterprises are leveraging management strategies to maximize their social impact.

Nonetheless, there persists a stubborn belief that doing good in the world happens only on personal time. In this paradigm, you don’t bring your whole self and values to the workplace. Instead, you earn a living, disconnected from your empathic self who volunteers on the weekend at a homeless shelter or participates in a run-for-the-cure.

That’s why every semester while teaching ‘Introduction to Social Entrepreneurship and Social Innovation’, I’m approached by students after class who say: “My parents made a lot of sacrifices to send me to university and have high expectations for when I graduate. I don’t want to let them down, but I care about climate change (or the Syrian refugee crisis or girls’ education or poverty alleviation, etc.). The problem is I can’t build a career, buy a house and raise a family working for social change.”

Unilever, the world’s third-largest consumer goods company, has developed a ‘Sustainable Living Plan’ to help the double the size of its business while reducing their environmental footprint and increasing their positive social impact, in diverse areas such as deforestation, sanitation and hygiene and sustainable agriculture. And multinational technology and consulting company, IBM, is using big data to create smarter cities and a more resilient society and has introduced A Smarter Planet initiative designed to “anticipate, rather than merely react, to events.”

On the other side of the equation, when Bill and Belinda Gates turned their attention towards enhancing healthcare and reducing extreme poverty in the global south, with US$42 billion to back up their efforts, they studied Coca-Cola. In so doing, they discovered ways in which healthcare delivery could be optimized in the developing world and began deploying those strategies to the benefit of millions.

Finally, there are certified ‘B-Corps’ (the certification comes from a nonprofit called B Lab – the B stands for beneficial) – a new type of company using the power of business to address social and environmental problems. More than 1,400 companies from 42 countries and 130 industries have joined the movement, with one unifying goal: to use business as a force for good. Members include; outdoor apparel company Patagonia, global solar energy company d. light designs, social enterprise Lucky Iron Fish that combats iron deficiency in 3.5 billion people, and ice cream maker Ben & Jerry’s.

So, if companies are inspired by social value creation and social enterprises are adopting management practices – both to create a better world – what is the role of business in humanitarian efforts?

First, companies can step up to the challenge. For example, in response to the current Syrian refugee crisis, Airbnb is providing free housing credits to aid workers and Facebook is committed to helping the United Nations bring Internet connections to refugee camps. Cynics may argue that such efforts strategically advance the bottom line of those companies. But there’s a rising chorus of business leaders speaking vociferously in favor of ‘doing what’s right’ even when it’s not financially rewarding.

Second, companies can be more responsive to their employees’ desire to work for organizations that share their values, including good stewardship of the environment, contributing to community, and yes, lending a helping hand to those in need during times of crisis. As it turns out, this is particularly important to Millennials, 64% of whom claim it’s a priority for them to make the world a better place.

Third, companies should heed bestselling author Jeremy Rifkin’s warning that, “The capitalist era is passing…not quickly, but inevitably.” In his latest and bravest book, The Zero Marginal Cost Society, he describes a new economic system – the first since the advent of capitalism – called the collaborative commons, whereby people are choosing access over ownership.

For a long time, we’ve held it as gospel that companies have one responsibility in society, namely to maximize profits (you can read a debate on that very topic right here). We also believed for a long time the world was flat. But if we are to address the tsunami of social injustices and humanitarian crises plaguing our world, exacerbated daily by climate change, we have no choice but to seek alternatives to the systems that led us here. The talent, ingenuity and resources that businesses possess are too great to squander on the production of more low-cost widgets, doohickeys and thingamajigs. Instead, businesses must seek to address the most-wicked problems of our time.

Anita Nowak is the director of operations for the Social Learning for Social Impact MOOC (Massive Open Online Course) at McGill University’s Desautels Faculty of Management. She has been targeting her efforts at integrating social entrepreneurship and social innovation in the faculty's teaching, research and outreach activities.

The dark side of corporate charity

Many people around the world are unable to meet their basic needs, lacking sufficient access to good-quality food, housing, schooling, and healthcare. To relieve the needs of these deprived people, many affluent (Western) companies donate money or provide in-kind contributions to individuals, nonprofit organizations, or communities—many of which are located in low-income countries. This corporate charity looks like a laudable practice to ameliorate the wellbeing of poor people, especially when governments fall short in securing basic needs for their citizens.

The positive effects of corporate charity may, however, be countered or even outweighed by a number of undesired consequences. Most importantly, the intended goal of supporting needy people may be overshot. While the immediate, direct effects of charity may be positive, the longer-term and indirect consequences may be less beneficial, for several reasons.

First, non-reciprocal initiatives create dependency. Getting corporate donations without giving something in return renders recipients vulnerable to corporate whims. For instance, donations may be discontinued when corporate profits drop. Second, charity discourages recipients to actively search for alternative financial sources to secure their needs. An example is classical ‘development aid’, which to addicted recipients is ‘easy money’, keeping them from assuming self-supporting jobs. Third, donations may disturb local economic structures by creating a non-level playing field. For instance, imported and freely distributed food may drive local peasants out of business. Fourth, donors may impose their (Western) values on recipients by excluding those who cherish other values or by rendering donations contingent on behavioral changes that do not match local customs. An illustration is restricting donations to local recipients who pledge to embrace Western-style workforce democracy or gender equality.

Another category of adverse effects concerns corporate image. Many firms engage in charity in order to be perceived as a ‘good corporate citizen’. When donations are disconnected from corporate core activities, the risk of decoupling is real: charity may be used to disguise or attenuate the negative social or environmental effects of business activities. For instance, an oil producer may divert some of its generous profits to the construction of schools in the communities where it extracts oil in order to legitimize its activities, even though the firm may poorly pay its local workers and pollute the local environment. Corporate charity may thus co-opt local constituencies and cover up negative socioenvironmental effects, thereby reducing public pressure on such firms to take corrective action.

This does not mean that corporate charity is bad per se, but it is important to acknowledge its dark side and to organize need relief in a way that at least mitigates and preferably overcomes these shortcomings. First, charitable initiatives should never replace viable alternatives. Donations should be no substitute for income from employment, because they undermine recipients’ independence and curtail (potential) workers’ professional development. Global markets have elevated many poor people out of poverty over the past two decades, especially in Asia, and economic activities should be the preferred source of income to meet (basic) needs. By contrast, (corporate) charity will be of critical importance right after a natural disaster, since there is no viable alternative. Second, charity, whenever needed, should be conceived and implemented in such a way that the direct and indirect consequences for both recipients and their local environments are clearly positive. Third, donors need to be conscious of the moral implications of their projects and realize that their values may be at odds with deeply held beliefs of recipients. This is not to say that extant values can never be challenged, but one should be very cautious when imposing one’s own set of values on dependent persons. Fourth, charitable initiatives should be aligned as much as possible with a firm’s core activities to avoid decoupling and to benefit as much as possible from corporate expertise.

In sum, corporate charity can have multiple negative consequences, both for recipients and their (economic) environments. These adverse effects can be mitigated when donors carefully consider the overall impact of projects in advance and tailor charitable projects to local circumstances. However, the very best service that firms can provide to needy people is to offer decent jobs and to engage in fair economic transactions with local partners.

After all, a lunch you’d paid for yourself tastes way better than a free lunch.

Frank Wijen is an associate professor in the department of strategic management and business environment at the Rotterdam School of Management. His research interests include institutional processes, globalization, power and influence, organizational learning, and corporate and national environmental management. He is an editorial board member of the Academy of Management Review and Organization Studies.

Discuss what's important to you with top business schools

This article was originally published in November 2015 . It was last updated in August 2016