The Debate: Will MOOCs Put Business Schools Out of Business? | TopMBA.com

The Debate: Will MOOCs Put Business Schools Out of Business?

Are MOOCs a game changer or a flash in the pan? Stephen Marshall of Victoria University of Wellington and Geoffrey Dick of Georgia Southern University have it out.

Since entering the public consciousness in a big way a couple of years ago, the debate has raged on: will MOOCs change the face of higher and business education forever? Stephen Marshall of Victoria University of Wellington and Geoffrey Dick of Georgia Southern University have it out below. Have your say below the line! 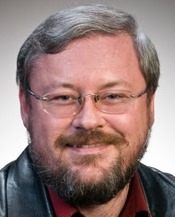 Rich Lyons’s (dean of Berkeley Haas) assertion that MOOCs are driving business schools out of business is perhaps mild in comparison to some of the rhetoric that has been associated with MOOCs. They have been described in the MIT Technology Review as “the most important education technology in 200 years” and Bill Gates has welcomed a “golden era” of e-learning.

These appear to be simple acknowledgments of the inevitable transformation of education driven by technological change and lowering cost structures just as has happened with music and television. MOOCs potentially address these challenges but in reality offer very little of substance behind the hype and rhetoric, something we last experienced at the turn of the millennium. Merrill Lynch predicted in 2000 that there would be billions of dollars of growth in the markets for education and training, with compounding annual growth rates exceeding 50%. They spoke of online education as the ‘killer app’ for a new millennium driving the massive expansion of a new knowledge workforce.

Instead, very few students were attracted to the virtual offerings of UNext/Cardean, NYUOnline, Fathom, AllLearn, and many others. At the heart of these failures were business models driven by the hype and rhetoric of consultants like those at Merrill Lynch. Ironically, Merrill Lynch later faced legal action for misleading research. Many MOOC initiatives are similarly based on financial smoke and mirrors, dependent on funding sources that are ultimately unsustainable, serving a market that has no foundation in reality.

Much of the initial burst of MOOC creation has been fuelled by curiosity and funded by those seeking a social return or gambling on the next boom. The initial courses delivered as MOOCs are typically the ‘low hanging fruit’ – easy subjects that can draw on freely available online resources. Many other subjects are neither simple to teach nor supported by rich online content. The resources used to create the first wave of MOOCs have been drawn like fossil fuels from an educational resource that is not being replenished. Where will the funds come from to update these courses? Who will pay the salaries of the faculty who review and create the original content?

Education turns out to be a more complex and more social endeavor than was assumed then and is being assumed now. Mark Guzdial captures the flaw with his statement, “MOOCs do what the external world thinks that university teachers do.” The typical MOOC is almost a parody of good education, no better than the various language-teaching tapes sold in airport bookstores. An optimistic foray into learning unsupported by a teacher, unassessed and consequently unlikely to deliver the level of fluency needed for real understanding.

Apart from their pedagogical and financial limitations, MOOCs will fall away like yesterday’s virtual university through their failure to signal the worth of students. Much as birds invest in fantastic plumage, degrees are at least in part signals to others of the relative desirability of a potential employee. MOOCs focus on the content of education, the value of a good MBA program is as much about the contacts, networking and marketing of an individual as a member of a privileged group.

Business schools may well go out of business as a result of MOOCs. But rather than falling at the hands of free courses provided by others, they're far more likely to fail through rushing to implement an educational strategy that adds nothing to their existing reputation or business. Harvard is now in a self-described post-MOOC era. They are switching focus to offer alumni-only online experiences that provide a means for graduates to maintain their knowledge and networks. In so doing they gain the benefits of modernity without compromising their formal qualifications. Many other business schools risk making decisions without a similarly sophisticated understanding of their own business.

Poorly-executed MOOCs will damage reputations and high quality free courses waste valuable resources unless they are part of a bigger strategy of growth. The challenges noted at the beginning are real but the solution is not to replace formal education with a cheap and gaudy imitation. Successful business schools will use the technologies behind MOOCs to build scale and impact, almost certainly in partnership with employers, supporting adults maintaining and developing their skills and knowledge throughout their lives, using the formal systems of accredited qualifications to maintain confidence in the integrity of the education provided. Rather than going out of business, I expect that business schools will be re-energized by the opportunities technology provides to engage directly and meaningfully with business, educating adults throughout their lives in ways that add real economic and social value.

Dr Stephen Marshall is a senior lecturer at Victoria University of Wellington. He has been on the board of several e-learning councils including positions as chair of the New Zealand University E-Learning Directors Group and a board Member of the eLearnz New Zealand Consortium for E-Learning. 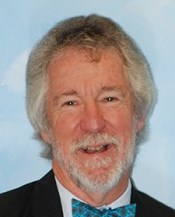 MOOCs have had a wild ride over the last two or three years. From the spectacular launch of a test course with over 100,000 enrollments and being hailed by Tom Friedman in The New York Times as the salvation of mankind, to their demise (somewhat gleefully ?) as reported in Tech Crunch and The New York Times, it has certainly not been plain sailing or a case of going from strength to strength. But I believe that, rather like Mark Twain, reports of their death have been greatly exaggerated. Are they still going to change the way we view, deliver and receive education? Absolutely, yes. Are they going to mean the closing of half of the business schools in the next five years? Maybe not in five; but 10 or 15 – very possibly.

Why? First reason – this technology is not going to simply go away. It will get better and better and more and more acceptable. The MOOC of tomorrow will bear only a vague resemblance (at best) to the MOOC of today – and hopefully bear a more palatable acronym. Two of the main reasons touted today for the inability of the MOOC to threaten traditional education are the lack of close relationships with the professor and other students (networking is frequently cited as a main benefit from MBA programs) and cheating. As developments in gaming, video technology, user interfaces in the form of dashboards, and communication links continue to improve, we will see the emergence of close-knit study groups and segments of classes working together. In today’s time-pressured business world this could easily reach a level of acceptability. Remember a solution does not have to be the best, it just has to be good enough. Example – think how much mandated corporate training now takes place online. With regard to cheating, there is considerable research being undertaken right now on identifying users by their keystroke patterns, retinas etc., which might make all the difference.

Second reason – MBA programs in business schools (at least the majority of them) provide marginal value at best. Business schools are very much in the shadow of their engineering and medicine cousins when it comes to receipt of grant money and the supplemental income it brings. MBA enrollments are falling, as indeed are undergraduate enrollments in many business schools, perhaps as a result of the recent focus on STEM courses. This may be no bad thing, but a lot of what is immediately needed by business workers can be provided by short, focused, certificate-style courses; MOOCs are perfectly placed to deliver this knowledge. Witness recent offerings by SAP for example, along with a string of startup companies offering executive education programs. There is little incentive to cheat, the enrollees need the skills and knowledge in the workplace; long-term career development with the associated networking opportunities is not the objective here.

Some of the reasons that critics say MOOCs will fail are huge drop-out rates, only being of interest to those who already hold a degree, and the absence of viable business models. But, the courses are free, what’s wrong with people enrolling and taking a look at the offerings? A better measure might be how many of those who submit the first piece of work for assessment finish the course. The widespread attraction of MOOCs to undergraduates is in question, but remember that most students will require a significant guarantee of success before such a significant undertaking. As to revenue models – there are a bunch (charging for certificates, corporate sponsorship, employer access to students, advertising, licensing and tax credits, even credit transfers to increase enrollments) and some, or a combination, may well prove to be successful.

Most technologies go through a ‘stages of growth’ model – right now MOOCs are probably entering the expansion phase. There will be many iterations and alterations and while they continue to evolve, we will probably not see a large percentage of what would become the undergraduate student body, passing up traditional education, for a MOOC. Likewise the MBA and other business school graduate programs will hang on for a while. The evolution is coming, but slowly. So slowly in fact that it is tomorrow’s problem. Most business school deans have an expected life in their current positions of less than five years – they will be long retired before the MOOC seriously challenges their existence, so the issue is off the radar for today’s administrators, or considered too large a challenge. By the time the technology does reach a critical mass it will be too late for most business schools…

Dr Geoffrey Dick is an information systems professor, teaching in the undergraduate, MBA and doctoral programs at Georgia Southern University. He has been on the board of the AIS SIGED for the last 15 years, and has been elected president three times.

Will the technology behind MOOCs be the real changer?

Considering a full online MBA? Check out our ranking!