MBA Consulting in Colombia: Breaking into the US Market | TopMBA.com
Sponsored

MBA Consulting in Colombia: Breaking into the US Market

MBA Consulting in Colombia: Breaking into the US Market
Learn more about the MBA program at Kogod School of Business here

This article is sponsored by American University's Kogod School of Business. Learn more about its full-time MBA program here.

How sharp are your strategic, quantitative, analytical, negotiation and problem solving skills?

Top business schools are rigorous testers of these key MBA competencies. Students often  exert their new MBA know-how by role-playing business cases. Or, they might compete against other MBA teams to lead a company in a simulation game. Play-acting the role of COO for a small business expanding its operations is a challenge, but what if the company brief leaves the realm of the imaginary to become real?

This is the story of  Samuel Schofield, AJ Ajiboye, Nazem Merhej and Daniel Torres, four former full-time MBA students of American University's Kogod School of Business based in Washington, DC.

Like many MBA teams before them, they completed Kogod's global consulting project, which takes students to countries such as India, France, New Zealand and China. Teams work with an international company to solve a critical operational problem, giving students the chance to make a tangible difference in the business world.

In 2016, the diverse group of four, headed by Schofield, took up an assignment near Medellín, Colombia, each person bringing their own very distinct skill-set to the project.

From an aqua farm in Colombia to the US supermarket 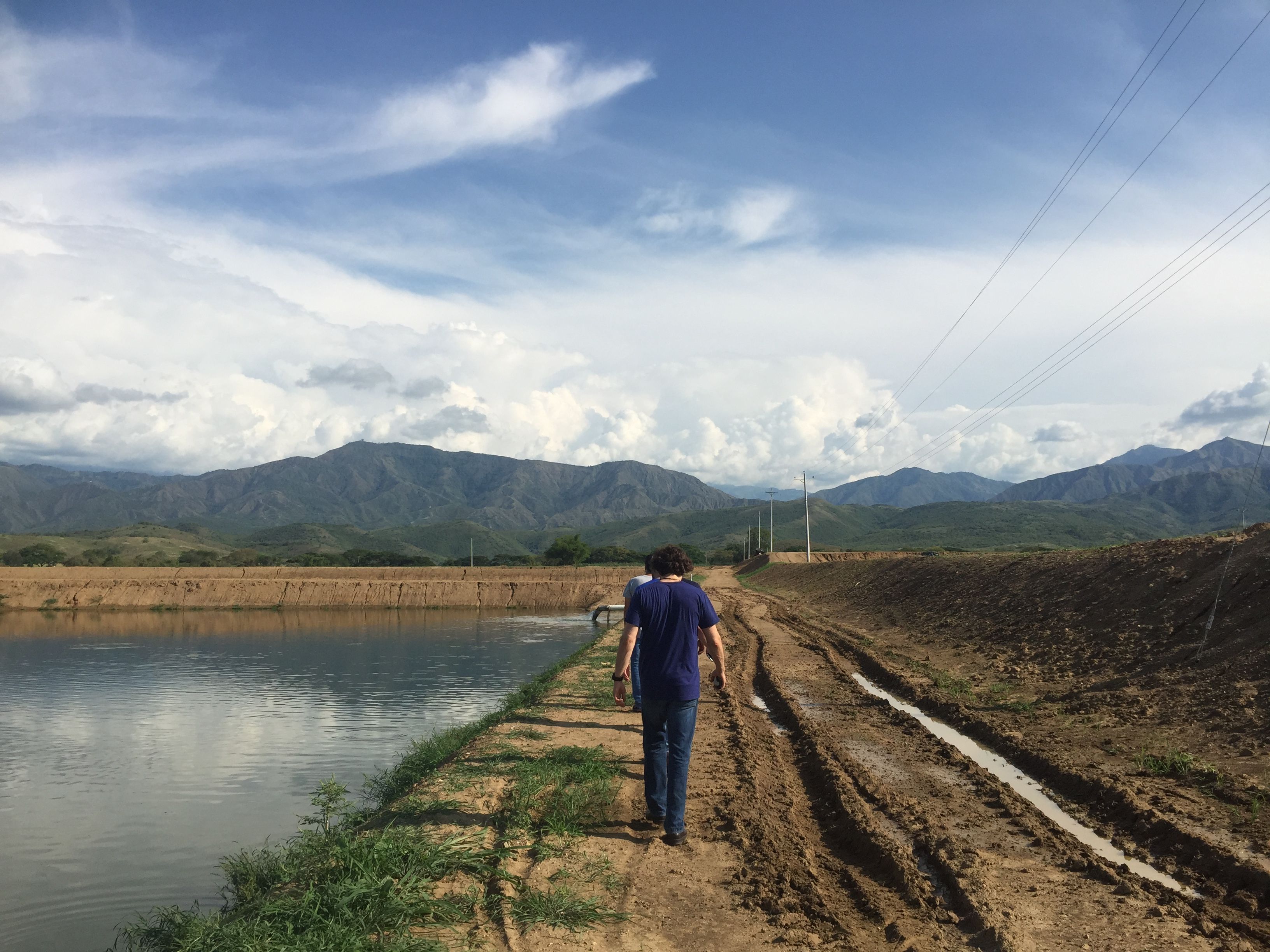 The reservoirs that keep the thousands of tilapia are set against a panorama of green mountains and clear blue skies. Water from the Andean valleys feeds into 30 large pools, a regulated flow that creates a finely-balanced habitat. This is known as aqua-farming.

The fish are cared for and managed by two brothers, Juan Carlos and Luis Ignacio Libreros.  Both successful businessmen, they have already expanded their tilapia business to the US, with the fish widely sold in local supermarkets under their PezCo brand.

Only 85% of each fish is exported north, however, leaving 15% of the perfectly good tilapia unaccounted for in the US market. Keen to trial a new product, which had already proven successful in Latin America, the brothers, with the support of Pro Colombia (the export division of the country's trade ministry) liaised with the Kogod School of Business to bring a team of MBA student consultants on board.

The PezCo consulting project brought together an army captain with extensive supply chain and logistical management experience (Torres); a financially savvy investment banker (Merhej); an experienced marketer and business development professional (Ajiboye); and someone who spent much of his career working up the hierarchy of an international NGO (Schofield).

"PezCo was compelling for us because they wanted us to help them develop a value-added product that uses leftover meat to make alternative fish products, including fish burgers, fish sausages, and so on. They were trying to make the most out of the full product. We appreciated the brothers' focus on sustainability," says Schofield.

The team formulates a game plan

After a friendly appraisal with the Libreros brothers, the MBA team broke the project down into three phases: the macro level, where they explored aquaculture in the United States; consumer-testing, where they collected feedback from local chefs in the DC area; and recommendations for the company.

“After testing Pezco’s products in the United States, we flew to Colombia to drill down a bit more. We spoke with industry associations to understand the challenges of exporting perishable type products to the States,” asserts Schofield.

The team spent two weeks touring Colombia and visiting PezCo's full operations; the ponds, the factory and the staff at the facility. "We wanted to look at the feasibility of changing the packaging – to fix the coloring and appearance of the product," says Schofield. "We found that a lot of things could be easily modified without any major investments."

With the market research complete and the visit to see the company's full operations over, the students entered the final phase of their MBA consulting project: the compilation of everything they had learned so far into a set of workable recommendations.

By combining their diverse backgrounds, the team arrived at a set of recommendations to improve PezCo’s products and brand. The Kogod team’s work goes well beyond advancing the company, though – their suggestions helped create stronger, more sustainable products in the US marketplace.

The team came up with three distinct distribution channels for the leftover tilapia, which included: 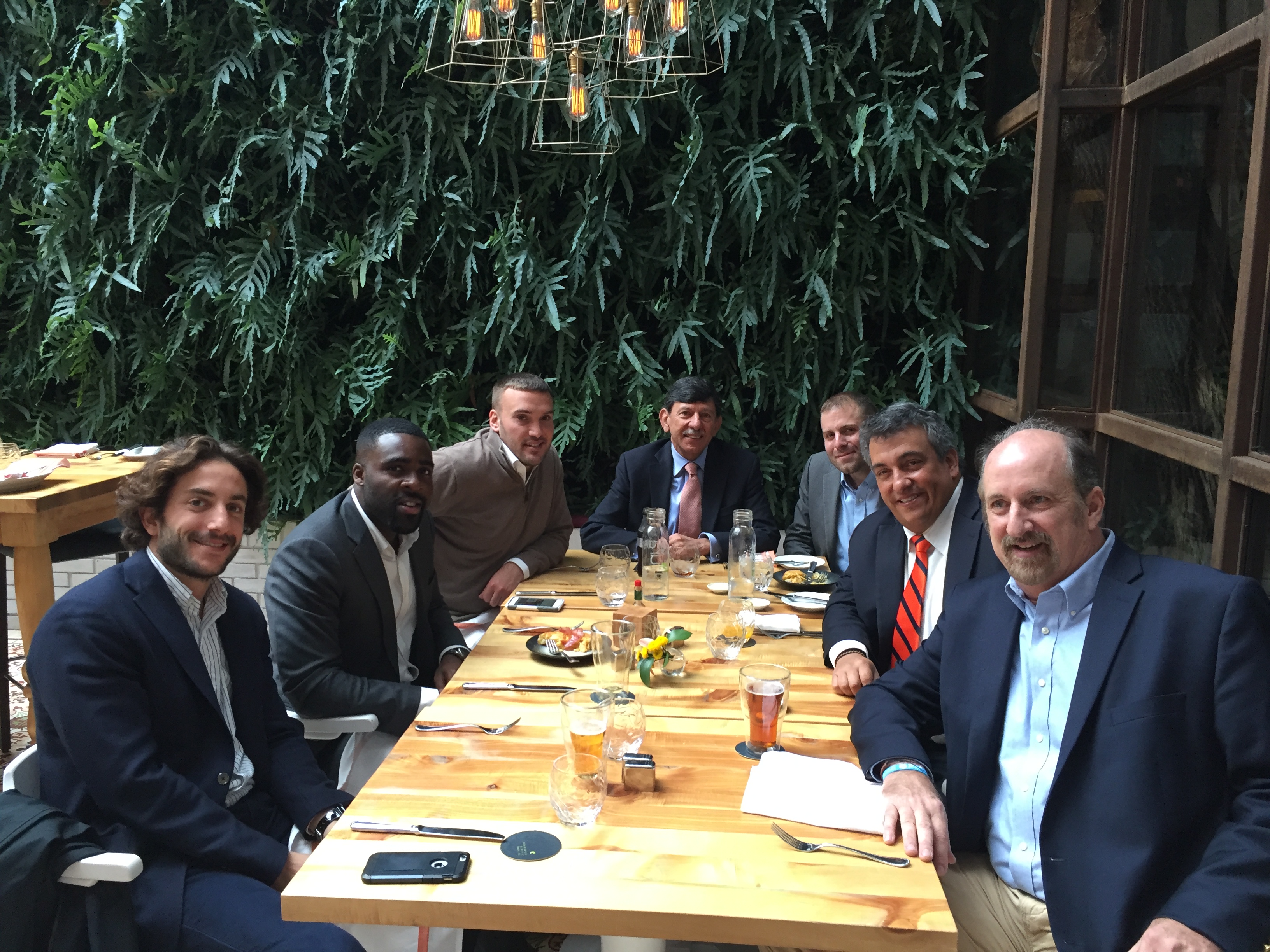 "We recommended that PezCo sell the raw paste which could be used as an ingredient for pet food. This was a bit controversial, but they actually liked it a lot," says Schofield. "Merhej developed the idea for two of the distribution channels, including pet food, and developed a financial model for PezCo to gauge revenues and break-even rates for the product in the US.”

Torres developed recommendations for product alterations, logistics and the supply chain from Colombia to the US.

The mock-up for the new packaging was designed by Ajiboye. "It was a box with images of the landscape in the background, with the mountains and streams coming through it," says Schofield. Keywords emphasizing the quality, healthfulness and sustainability of the product were also added.

The drive to affect change was at the heart of the MBA consulting project, and for Schofield, Merhej, Torres and Ajiboye, it was a meaningful professional experience.

Developing a US entry market strategy to Pezco not only put their full-time MBA toolkit to the test, but challenged them to use their training to make a difference.

When the four-person team put forward their recommendations to PezCo it was a hoorah moment. PezCo promptly took the full report to their company board, and this was but a matter of months ago.

This article is sponsored by American University's Kogod School of Business.

This article was originally published in February 2018 . It was last updated in April 2018