From Gold to More Gold with Nyenrode’s Sports Leadership Program

Maike Willems is a born sailor, but it wasn’t until the London Olympics that she found her niche as the manager for the Dutch Sailing Federation. After helping the team to bring home a gold, silver and bronze medal, she decided to pursue an MBA at Nyenrode Business Universiteit through their Sports Leadership Program. Four years later, her MBA experience has already shown return: two sailing gold medals for her team in Rio.

Can you tell us a little about yourself?

Sports, especially sailing, are in my blood. I began sailing as a little girl in an Optimist, a small, single-handed dinghy. My father used to drive us across the country so we could compete in races, and we spent our vacations on our sailboat.

After studying leisure management in the north of Holland, I first took a job organizing various events with traditional sailing ships. Yet my passion and drive soon dwindled in this role. I knew that my heart was in sports so I applied for a team manager position with the Dutch Sailing Federation. I began my career with the team in 2012, the year of the London Summer Olympics. 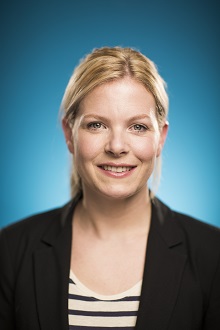 Do you remember the moment or events that led up to your decision to pursue the Sports Leadership Program at Nyenrode?

I've been working with top athletes for many years now, and have found them to be really passionate people with clear goals. So, as team manager, I quickly found I had to be on top of my game every day.

After the success of the London 2012 Games, I knew I wanted to do something to aid my personal development. The 2016 Games in Rio posed a large challenge for our team, but I felt that I, too, had to do something more. If we ask our athletes to get better every day, why shouldn’t we get better every day? I started searching for something that really fitted my needs. By luck, I saw the Sports Leadership Program at Nyenrode Business Universiteit on Facebook. I asked for more information and was sent an invitation for a personal meeting at the school. The meeting with the team behind the program inspired me so much that I decided to enroll.

What were some of your takeaways from the program?

It’s a combination of the new skills you learn (sports marketing, management, strategy, finance, leadership), the hot topics you discuss (sustainability, integrity and leadership) and the networks you build, both within the student group and with speakers from companies and sports

teams. Sharing our stories and experiences with each other helped to create a strong and varied learning environment, which added to each person’s personal development as a sports leader -  understanding why you make the decisions you make, what your ambitions are, being able to define your character and find new aspects of it. I learned that to progress, you must break free from your comfort zone.

What, typically, do you do as the manager for the Dutch Sailing Federation, and how does that change in an Olympic year?

In my role, I am responsible for budgeting, organization and the logistical implementation of training and championships of the Dutch Olympic Sailing Team.

The main focus of a top athlete is keeping to an ‘eat-train-sleep’ routine. Quite simply, we facilitate excellence. If you have excellent training, excellent food and excellent rest, you will be on track for an excellent performance.

Particularly in an Olympic year, athletes can easily get distracted. We try to keep the athletes as close as possible to the basic regimen, to facilitate their focus on training. Yet, these main focus points do consist of a lot of subcategories, (i.e. “training” encompasses on-the-water training, training in the gym, peaking at the right moment, testing equipment, maintaining equipment, etc.)

Can you speak about your experience at the London Games and how that experience helped you?

The London Games were really well organized; the communication was transparent and all staff were skilled and knowledgeable. We were based in Weymouth for three months every year in the lead-up up to the Games, plus for its duration. We organized to stay in the same house each time, (which was originally a bed-and-breakfast) and transformed it into the perfect high-performance environment. We built a gym in the garage, created a meeting room with maps and flowcharts in the breakfast room and a team room for meals, plus we had access to a big garden with a pool. The local cook worked together with our nutritionist to provide healthy, balanced meals. We were within cycling distance from the harbour. The consistency of returning to this house helped to forge our routine, helping our athletes stay at the top of their game. It quickly became our home away from home.

What was the biggest shock about the Games in Brazil?

In Rio, I found that I needed a completely different mindset. We trained there in the four years leading up to the Games, and again had a house with excellent facilities. We had learned from Weymouth that we needed to establish that “home away from home” set-up. Yet, unlike London, a lot of the details surrounding the Games were unfinished, unorganized or unknown, even up to the final weeks before the competition. We had to stay as independent as possible in order to cope.

One example that stands out is that the harbour’s lunch room was only open from 11am-1pm and from 4pm-6pm, despite many sailors still training during these times. We counteracted this by organizing and packing lunches from our own cook.

Similarly, we were told with only one day’s notice that the marathon would be run in front of the harbour, making it unreachable by car after 7:30am. I was very proud of my team that day; all of them said, "No problem, Maike, we’ll just cycle," despite it being a 25-minute journey. It can be easy to be frustrated by such disorganization, but it was important for us as a team to quickly find ways around it.

What was the water in the bay really like?

Rio was perhaps the most beautiful arena we have sailed in. We have always been far away from the city but now had the opportunity to sail in an urban setting with fantastic views!

Unfortunately, there were downsides. When we started training in 2013 in Rio, the quality of the water was really bad. There were two sewage pipes - one in the Olympic harbour and one just outside - where raw sewage floated into the bay. The initial plan of Rio’s Olympic committee was to build big installations to clean and filter the water, leaving a fantastic legacy of the Games behind that would have a positive impact on the local environment. However, in the end, the pipes were simply closed instead. No more sewage floated into the harbour, but this was only finished one month before the games, and probably as a result of international pressure.

During our first year in Rio, a lot of our team members got sick. Although we couldn’t prove that it was from the water, we decided to implement a really strict hygiene protocol. The year after, nobody was ill. This was another example of being as independent as possible in dealing with issues.

What did you do to help the sailing team improve from one gold, a silver and a bronze medal in London to two golds in Brazil?

We changed our mindset from competing to winning.

What does it feel like to manage a team that wins two gold medals?

How does it feel? It is the best feeling in the world! I cried when Marit Bouwmeester finished her race and secured Gold in the Laser Radial race. I knew how badly she wanted it and how hard she had worked for four years to achieve it.

We also had two 4th places (Lilian de Geus in RS:X Women’s and Afrodite Zegers and Anneloes van Veen in the 470 Women’s race). Dealing with this roller-coaster of emotions is one of the hardest parts of my job.

When Dorian van Rijsselberghe got his gold medal in the men’s RS:X boardsailing, Lilian had just come on shore. You want to celebrate the team’s achievements but also have to be a shoulder to cry on for those who are unhappy with their result. Alongside preparing for medal ceremonies, press obligations and sponsor questions with Dorian, I had to be there for Lilian who was devastated. This is one thing that makes my job challenging and what makes sport so real.

Where do you think there is room for improvement as far as bringing more women into sailing is concerned?

The International Olympic Committee (IOC) wants equal events for men and women, but first, World Sailing must change their classes because at the moment, the gender playing field is not level.

The big advantage of female athletes is that they are often more open to coaching environments. I think full-time coaches dedicated to one athlete often produce the best results. This is because the athlete can really focus on the main points (the ‘eat-train-sleep’ pattern) and doesn’t have to deal with the management of their training program.

I believe that everybody in the program has to keep learning and pushing themselves to get better every day, including the coach and the expert team. There are growing opportunities for women in coaching to gain more skills and knowledge. In fact, I personally regret that I didn’t take the Sports Leadership Program earlier.

Finally, do you have any advice for women who are thinking about getting their MBA, especially given that the business world is still seen as a man’s world?

I think there are a lot of opportunities for women. Both in business and in sport, there is a big demand for women with the right skills and knowledge. I think females have a better chance if they are well educated and have the right experience in leadership functions – so taking a program like this can greatly enhance your suitability for the top roles.

My personal life quote is: Actions speak louder than words.

We live in a rapidly changing world. Don’t think too long, just do it!

Find out more about MBA programs specializing in sports management

This article was originally published in November 2016 .