In 2019, the earth’s surface temperature surpassed the 20th century average by 0.95 Celsius degrees. The year became the second-hottest to date and was the catalyst for weather-related catastrophes such as wildfires, floods, melting icebergs and accelerated sea levels.

As the climate crisis continues to escalate, and an increasing number of sustainable businesses launch around the world, consumers have become more willing to adapt their behavior to protect the environment.

In fact, research by Pew Research Center found that in most surveyed countries, the majority of the population sees climate change as a major threat to their nation – a concern that has grown drastically since 2013.

One b-school has taken note of this trend, placing itself at the forefront of the revolution taking place in the development of business practices.

On June 8 2020, HEC Paris School of Management launched a new environment-led program as part of its innovation hub, the Creative Destruction Lab. The non-profit organization is the result of a partnership between eight worldwide schools and is designed to help small technology-based companies upscale and successfully launch in the market.

The new initiative, CDL Climate, will support 25 early-stage start-ups that are developing solutions to the challenges posed by climate change. The eight-month project is ambitious, aiming to cover a wide range of innovation areas, from renewable energy to carbon sequestration and power storage, with a focus on Europe and Africa. 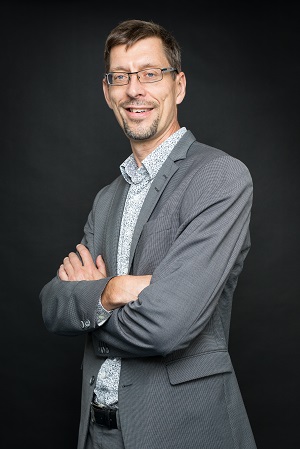 Thomas Åstebro, Professor of Entrepreneurship at HEC and Academic Lead of CDL Paris said: “The idea behind the Creative Destruction Lab is that the talent is there, but that the resources to create fast-growing companies are concentrated disproportionally in certain locations, like the Silicon Valley.

“What we [CDL] do is try to accelerate early-stage, creative and pathbreaking new ideas and talent. The program is geared towards start-ups because big companies already have the resources they need.”

The 25 start-ups that will be chosen before the start of the project in October 2020 will receive the support of scientists, mentors, investors, expert entrepreneurs and, perhaps unsurprisingly, students from HEC Paris’ MBA program.

In fact, 30 MBA students will have the unique opportunity to participate in CDL Climate as part of their academic curriculum.

Aside from shadowing mentors and entrepreneurs, each student will be assigned five specific tasks aimed at improving the start-ups’ business plans, which they will have to complete in eight-week sprints. These will include crafting marketing and investment plans, as well as completing one-on-one consulting sessions.

Thomas is especially proud of the decision to include the project in the MBA degree. He believes this experience will help the students refine their skills by forcing them to adapt to a hands-on approach that mimics real-life business situations.

He says a wide range of students will be considered for the program, from those with previous experience in the oil and gas industries to those with consulting and investment backgrounds.

“This creates an interesting dynamic between scientists, entrepreneurs and MBA students. It’s this set-up that’s the unlocking component. We believe that’ll allow the university and scientific communities to get on the right track to commercialization.”

Thomas says the current health crisis has accelerated the need for a shakeup to global economies and supply chains, and he believes business schools have a duty to construct alternative business models that not only protect the environment, but also the people most affected by climate depletion.

He said: “I’m dedicating my life to this, whether it’s in research or teaching. I want to make a meaningful contribution to society. Climate change is the most important issue we’re facing, and it’d be stupid if I didn’t try to help this type of environment-led development."

B-school graduate sustainable start-ups to look out for

This article was originally published in June 2020 .