How many professional roles can a person fill in the space of a decade? It's hard not to be impressed by people who switch and advance their careers as dexterously as expert skiers seamlessly gliding on and off piste, sharp turns and black ice included.

Diana Fischer, a doctor in physical therapy, and now an executive MBA graduate has, in her short 11 years of career, filled the diverse roles of; teaching fellow, blogger, orthopedic clinical supervisor and, as of last year, senior management consultant for consulting firm, Accelare.

Fischer confides that the knowledge and skills she developed through her studies, and the recognition she earned as a graduating executive MBA of Boston University’s Questrom School of Business were primary enablers for her most recent career transition.

Here is Fischer's feedback on the values of Questrom's EMBA curriculum, her remarks on ROI and her notes on the study experience overall. 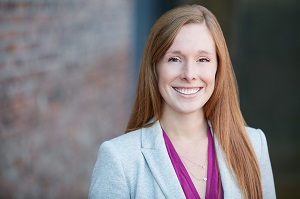 Why Questrom School of Business?

"Peers had at least 10 years of experience managing in their field," is Fischer's immediate reply. A cohort's average tally of work experience is important to many enrolling executive MBAs. The right tally means being comfortably surrounded by people who are at a similar stage in their careers and hold similar goals, even though the group is likely to represent many different industry backgrounds and functions.

Fischer was also glad of the relatively small class sizes; "smaller than at MIT,” she says,  and the feel of the program was, "not overly quant focused."  The school’s reputation didn’t hurt either - theBoston University Questrom Executive MBA (EMBA) ranks 20th  in this year's inaugural QS 100 EMBA Rankings for North America.

Fischer delivers an outpouring of information when asked about the skills she gained from the study of her executive MBA: "I learned how to see the big picture - what happens across the entire enterprise. This has enabled me to make better operational decisions and to objectively function with high levels of ambiguity."

The words, “forming, storming, norming and performing,” get thrown into her description of the management of teams, paying homage to the four phases of group development first proposed by Bruce Tuckman, a former professor of educational psychology at Ohio State University. Fischer says that this mantra has helped her to launch and lead her own teams successfully. "I have been able to promote accountability across my teams, I push for metrics to drive decisions, and am better at allowing for divergent brainstorming prior to pushing for consensus."

When it comes to the core elements of the executive MBA, she says, "I learned how to understand the financials, to create better budgeting forecasts, to calculate ROI for projects, and to better evaluate the value of these different projects."

Having grown in confidence with her increased repertoire of skills, Fischer began to network in earnest with eight months remaining of Questrom’s 18-month program. In so doing, she was able to set up what would become a successful next step in her trajectory.

Both Fischer and her husband put cash together to pay for the executive MBA, a fee which, for the class beginning in January 2018, will amount to US$102,000. There is no doubt that this is a hefty sum to pay, however the payback can be significant.

“I have received an excellent return on my investment. My base salary has doubled in less than one year,” Fischer says, before adding; "I will be able to continue increasing my salary in my new role. By getting the EMBA, it allowed me to take an entirely different track…I feel that I am now applying myself at my highest and best use.” If the virtues of taking an EMBA was ever in need of promotion, this seems like the perfect accolade.

This article was originally published in June 2017 . It was last updated in August 2017

What makes the EMBA programme at Wharton the best in North America?