Michelle Redfern emphatically describes herself, and her female peers and colleagues as,"fantastic, fabulous and feisty" - it does roll off the tongue rather nicely after all. Redfern, a 2015 executive MBA graduate from RMIT University in Melbourne, Australia is one of the many women working towards building greater gender parity in business, especially at senior executive level.

Redfern's career follows a neat trajectory through the client management and services sectors. The final years of her corporate career were based at National Australia Bank where she led at the helm of multiple departments, heading consumer servicing, chairing the employee advocate group and leading the bank's supplier relationship management program.

Well established as a senior executive, Redfern chose to do an executive MBA (EMBA) because she wanted to launch her own business. Having the qualification, she says in recalling her reasoning, would give her the, "confidence to finally walk away from the corporate jungle," with the tools to give her business projects the best chance of succeeding. 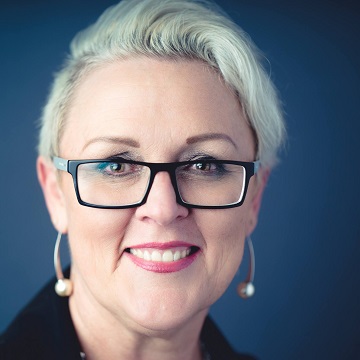 'Confidence’ is a word that starts to snowball in meaning as it threads its way through Redfern's responses. There is a globally recognized gender gap, and there's a gender confidence gap too, the two are often held to be intrinsically intertwined.

The stats speak up for the value of an MBA to women like Redfern. Only 4.2% of 2016's Fortune 500 companies in the US have a female CEO, yet around half of these women hold an MBA, indicating the qualification’s ability in helping leverage success.

Redfern, set on being her own boss, states that she chose RMIT because, even though she was a senior executive, she still wanted to expand on her existing business knowledge base. With her sights set on her own startup, she was also intent on acquiring the specific skills and know-how that would give her a steadier base from which to launch her business. RMIT's EMBA had come highly recommended by a friend, Redfern says. The program’s structure, content and, very importantly to her, its flexibility, all ended up working to her needs.

Redfern did her executive MBA at RMIT on a part-time basis, switching organizations halfway through the program as well as transferring across three separate leadership roles during her three years at business school. “Study made me happy,” she says. “It gave me focus outside of my work and created the need for balance at work as a result. I think that I became a better role model. Women benefited from seeing someone like me add an MBA study load to my life and manage it well."

Being a positive role model, especially for women, is one of Redfern's core drives. In 2016, not long after graduating from RMIT, Redfern set up two separate enterprises, WWGI, (Women Who Get It) a networking events company for women and Thrive, a consulting agency. Gender parity, or the lack thereof, is a central issue around which much of Redfern's coaching and consultancy revolves. Her goal is to get more women involved in business and more women in senior executive positions - multiply the Redferns and gender parity might one day become a reality, hopefully before the World Economic Forum's prediction of 2186.

For senior professionals contemplating an executive MBA, Redfern's, "simplest piece of advice," is to, "just go for it!" Yet, in the same breath, she acknowledges that this does not mean jumping in haphazardly. "Be clear about why you are starting the executive MBA so that you can clearly articulate the value it will bring to you, your family, your school, and if appropriate, your employer,” she advises.

It is impossible to underemphasize the importance of preparation. Redfern underlines that EMBA prospects must give themselves enough time, to write the application essays and to adequately prepare for interview. "Be organized and ready to delve deep into your career and academic history and highlights," she says.

The benefits of RMIT’s EMBA have been clear to Redfern. "I learned that I was smarter than I had ever given myself credit for," she surmises with disarming openness.

Why not attend one of our free, global Women in Leadership events?
gender gap
EMBA
EMBA alumni profiles
Executive Alumni

What makes the EMBA programme at Wharton the best in North America?