Washington University in St. Louis, home to Olin Business School, has appointed Mark Taylor to be its next dean

Warwick Business School’s dean, Mark Taylor, will switch the UK for the US and become dean of Olin Business School at Washington University in St. Louis from the start of December, 2016.

“We could not be more pleased that Mark Taylor has accepted our offer to bring his talents across the pond to St. Louis,” said Washington University provost, Holden Thorp. The university’s chancellor, Mark Wrighton, described Taylor as “a strong leader with the vision, wisdom and experience to take Olin Business School to new heights,” adding that “he is well qualified not only as a scholar, but also as a practitioner in global business and finance.”

Taylor, a finance professor attached to the University of Warwick since 1999, is in his sixth year as dean of its business school, during which time he has overseen a rise in the international standing of Warwick Business School (WBS). The UK institution’s online MBA program, for example, currently sits atop the QS Distance Online MBA Rankings 2016. In terms of international outreach, partnerships with institutions in China, India, Canada and South Africa have been established under Taylor’s tenure. In addition, the finance professor has also presided over last year’s extension of WBS’s main campus building and 2014’s launch of a London base in Western Europe’s tallest building, The Shard.

When he takes the helm at Washington University’s business school, Taylor will inherit a two-year, full-time MBA program as opposed to the one-year program offered at WBS. Program length is a common difference between MBA programs in the US and Europe, as is the fact that US MBAs tend to be slightly younger and less experienced than those enrolled in European programs. In Olin’s MBA class of 2017, students’ average age and years of prior work experience is 28 and 4.4, respectively, while at WBS, the latest figures indicate an average age of 30 and seven years’ prior work experience.

Warwick Business School “on a solid foundation for the future” 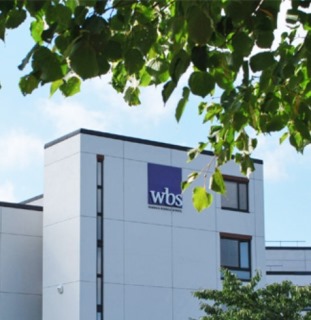 Mark Taylor says he will leave Warwick Business School “on a solid foundation for the future,” adding that “we made it our mission to make WBS the best university-based business school in Europe by 2020 and I believe on many measures we have already achieved that.” In accepting his new appointment, Taylor paid tribute to Washington University’s “rich tradition of innovation and creativity,” while expressing his intention to build on the strong foundation left by Olin Business School’s outgoing dean, Mahendra Gupta. Kurt Dirks, a professor in managerial leadership and senior associate dean at Olin, will cover the interim between Gupta’s departure in June and Taylor’s arrival in December.

Olin Business School’s next permanent dean is something of a serial degree holder. Taylor completed the University of Oxford’s renowned ‘PPE’ (philosophy, politics and economics) degree before going on to gain a PhD in international finance from the University of London’s Birkbeck College. Some years later, he returned to higher education study to complete a master’s in English literature at the University of Liverpool and, in the year he became dean at Warwick Business School, completed an MBA in higher education management at the Institute of Education, (which has since merged with UCL). Outside of academia, his professional career has included stints at the IMF (International Monetary Fund) and BlackRock, as a chief economist and managing director, respectively.

This article was originally published in May 2016 . It was last updated in June 2019